What a start to  Claude Rains’ Hollywood career. Playing the title role in H.G.Wells’ THE INVISIBLE MAN (1933), Rains is literally invisible until the final scene.

He’s covered in bandages and wears dark goggles, but  that beautiful speaking voice and the way he carries himself when walking made it unmistakably Rains.

Claude Rains plays the obsessed chemist,Dr. Griffin who thinks he can help humanity but instead, is driven to madness by the drug he takes which causes invisibility.

Dr. Griffin: “An invisible man can rule the world….he can rob,wreck and kill…..even the moon’s afraid of me!”

Director James Whale, on left , on the set with Claude Rains.

There are some great special effects – in one scene there is a headless and footless pair of pyjamas!

Not  much of a role for the lovely Gloria Stuart. She plays Flora,  girlfriend of Dr.Griffin. Her father ,Dr. Cranley (Henry Travers) whom Griffin worked for, tries to help Griffin.

Una O’Connor, as the wife of the innkeeper , spends a fair bit of her screen time screaming! (I kept having to turn the volume down!) She is always so believable in all her roles.

Best line in the film comes from the farmer who says, “Excuse me sir, there’s breathing in my barn.”  (Griffin is hiding there.)

Impressive  ending when Griffin is surrounded by the police who set fire to the barn where he is sheltering.  When he runs out of the burning barn, although invisible, his footprints can be seen in the snow and he is shot. 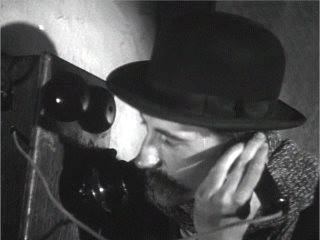 I did  recognise John Carradine in his brief, uncredited scene as one of the villagers who  calls the police with his idea for catching the Invisible Man. (The police have offered  a reward.)

And finally we get to see  Claude Rains in the film’s last scene when Dr. Griffin is dying and he gradually becomes visible.

Rains’ s second film, CRIME WITHOUT PASSION (1934) is on You Tube. Disappointing.

Always liked this early Universal  logo, with the plane flying round the world.

The Invisible Man spawned a lot of sequels and TV shows.I’d  like to see the three films from 1940 and 1944. 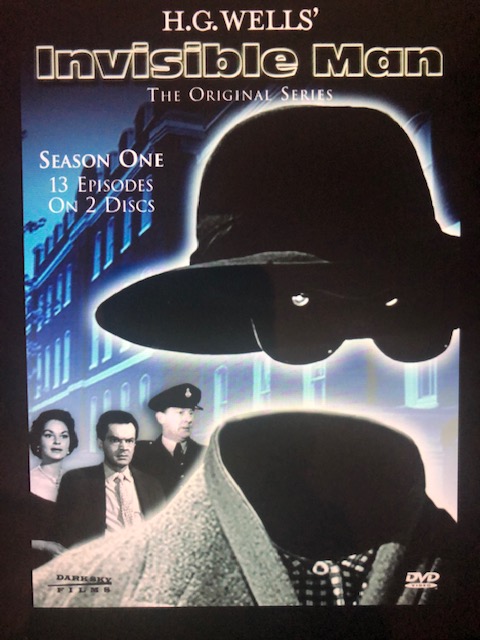 In both television versions, the invisible man is a force for good.

There is talk of a new film version this year.