“The long-heralded casting of Norma Shearer and George Raft in a co-starring film will be realised shortly when “The World We Make”, a film version of the best-seller novel, ‘The Outward Room’, goes on the floor at MGM.

The drama has been in preparation for some months. The plot deals with a girl who becomes a mental case after the death of her brother in a spectacular car crash. Taken to an asylum, she is permitted to escape and takes up her life alone in one of the poorer sections of a large city.

Her romance with a steelworker,portrayed by George Raft, finally effects her cure.”

Well, this sounds like a done deal but it never happened, though this item in a 1940 issue of Picture Show magazine has all the details.

Norma Shearer and George  Raft were dating for a while in 1940 and 1941 and it would have been something to see the two of them together on film.

Raft was under contract to Warner Brothers and made THEY DRIVE BY NIGHT in 1940, while Norma was still at MGM in ESCAPE.

Would Jack Warner  and Louis B. Mayer have considered  such a teaming? I wonder.

Norma Shearer only made two more films before leaving films altogether – WE WERE DANCING and HER CARDBOARD LOVER, both in 1942.

Raft only did one film in 1941, MANPOWER and in 1942 he was  in BROADWAY. (In “Broadway”  Raft plays himself, reminiscing about his early life.)

Norma Shearer married Martin Arrouge In 1942 and they were together till her death in 1983. She had previously been married to Irving Thalberg from 1927 till his death in 1936.

George Raft was married to Grace Mulrooney from 1923 till 1970. Although separated early in their marriage , they were never divorced. 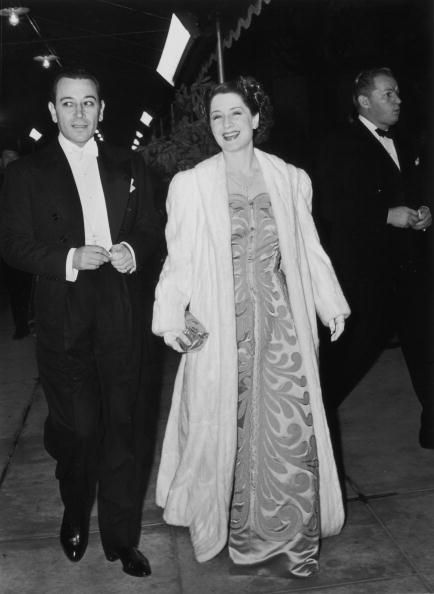 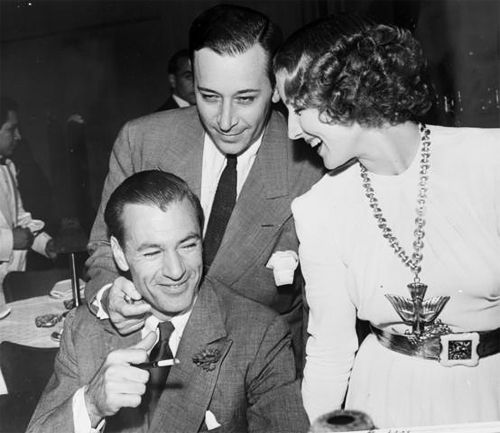 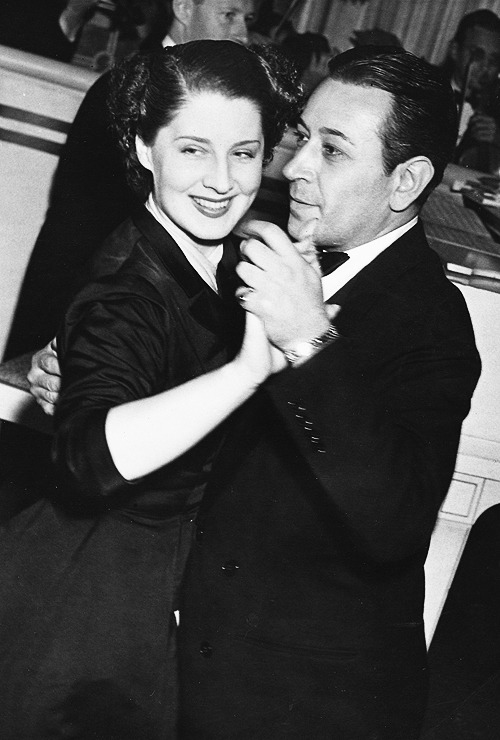 On the dance floor.

Not sure what the event is but there’s George and Norma and in front of them, Charles Boyer and his wife Pat (?).

Ray Danton watches George who shows him a few of his moves. (Ray played Raft in “The George Raft Story”)