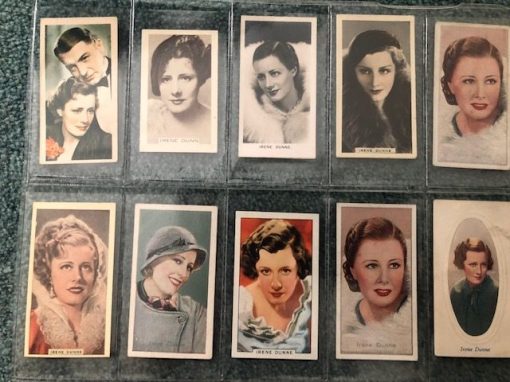 I bought the above page of cigarette cards of Irene Dunne a long time ago. Someone must have put them together from different sets.

Collectible cards were issued by cigarette manufacturers to stiffen packaging and advertise brands, The cards featured many different subjects, starting in 1875 and carrying on through the 1940s. 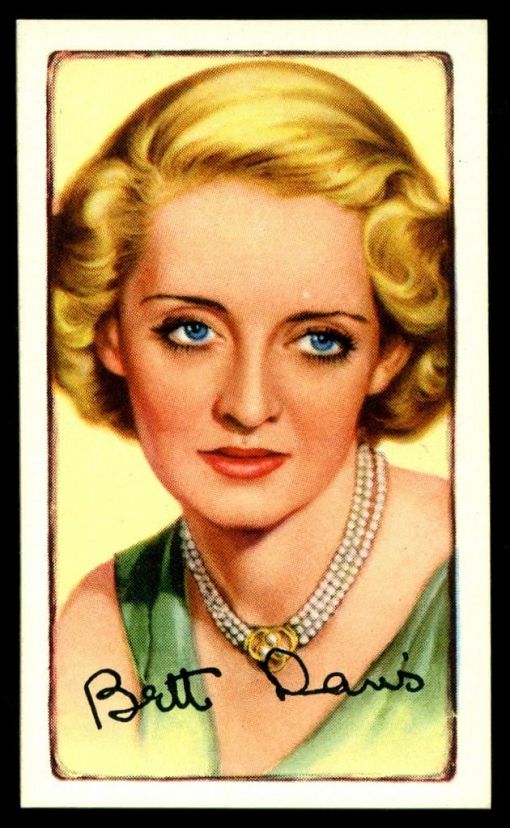 Hundreds of film star sets were issued in the UK in the 1930s, but I was surprised to read they were virtually non-existent in America. ( American companies concentrated on sports stars.)

Presumably with the cooperation of the various film companies, these little cards became  very collectible, especially full sets. And there could be as many as 54 cards in a set – so that’s 54 packs of cigarettes! 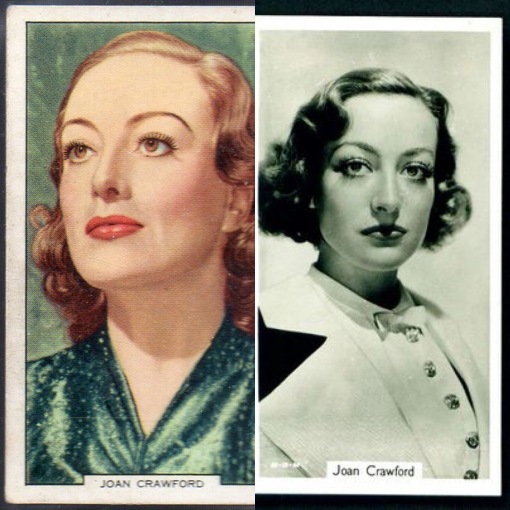 Albums to store the cards in were available from tobacconists – for a penny ! 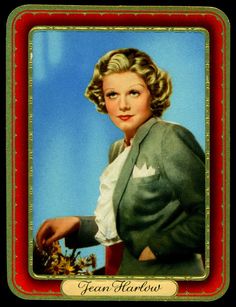 In 1939, one set was called “My Favourite Part”, all of which I’m sure were written by the studio publicity dept.

Myrna Loy said, “It’s a real joy to be reunited with Clark Gable In “Too Hot To Handle” after the fun we had in ‘Test Pilot’.

In this new film I play a modern woman aviator,self reliant and with a subtle sense of humour.” 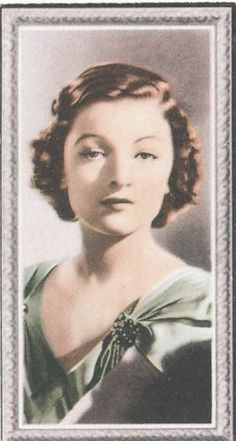 A young Judy Garland was quoted on her favourite part:

”I’ve always liked unusual things and that’s why my part in “Wizard of Oz” is my favourite so far……I have an opportunity for singing too and the picture is in Technicolor. But I’m quite young yet, so I’ve time to have plenty more favourite parts.” 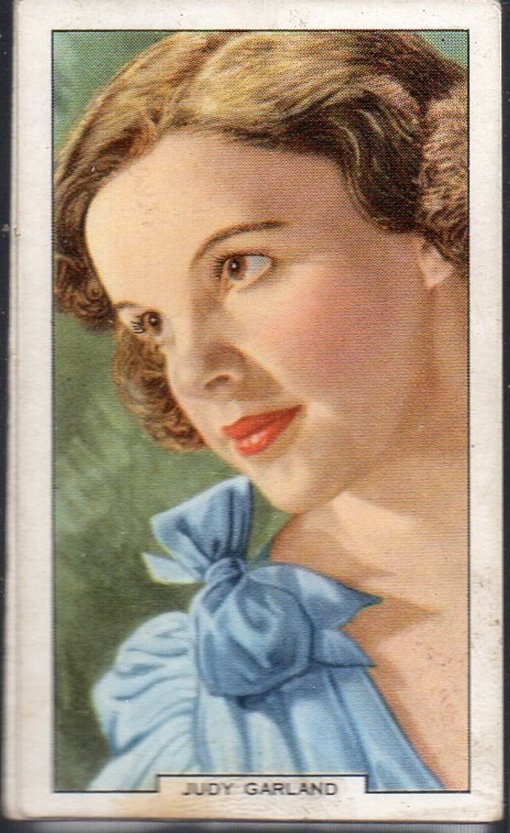 By 1940, with Britain at war, the UK government banned the cards as a waste of valuable paper. 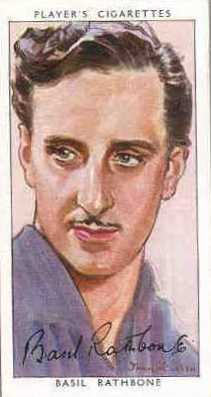 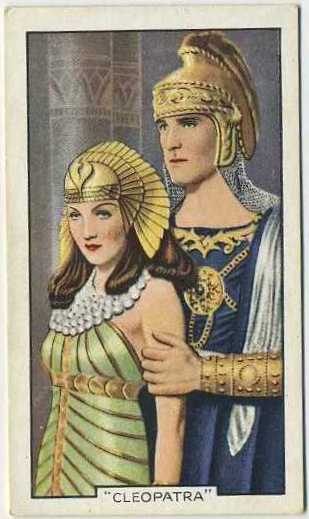 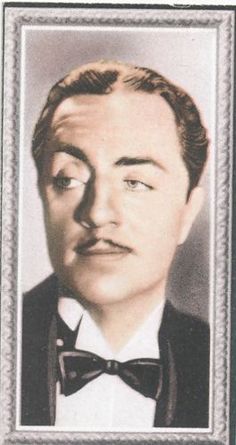 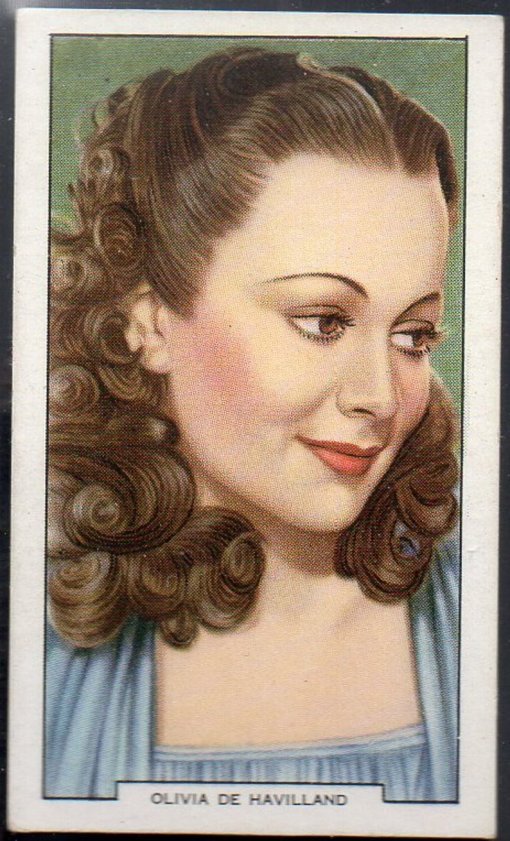 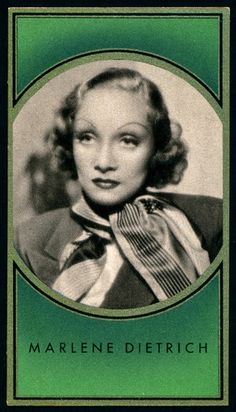 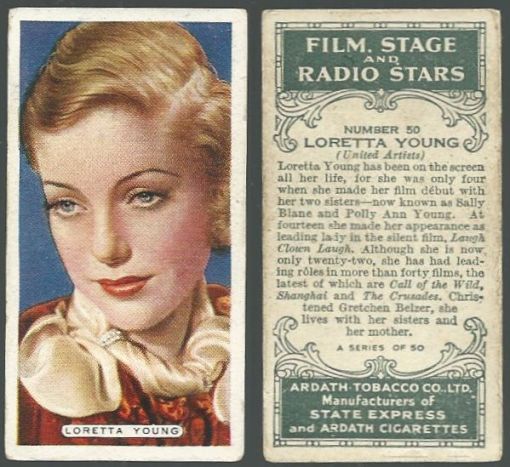 When this card was issued, Loretta Young was 22 and lived with her mother and sisters. Her real name was Gretchen Belzer. 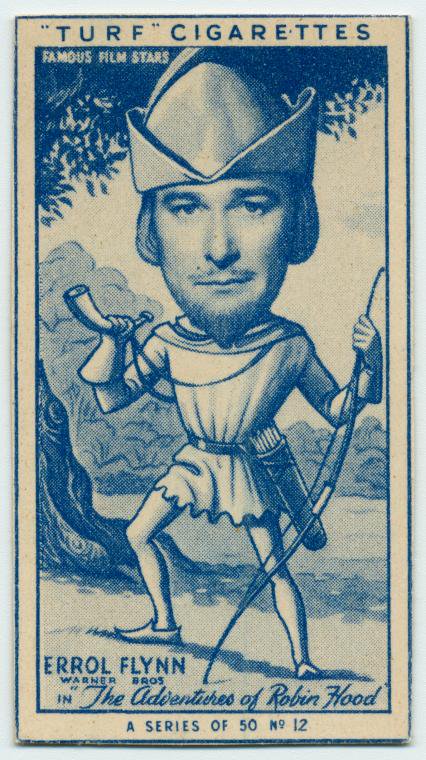 The “Turf” set look a bit odd with the large heads. 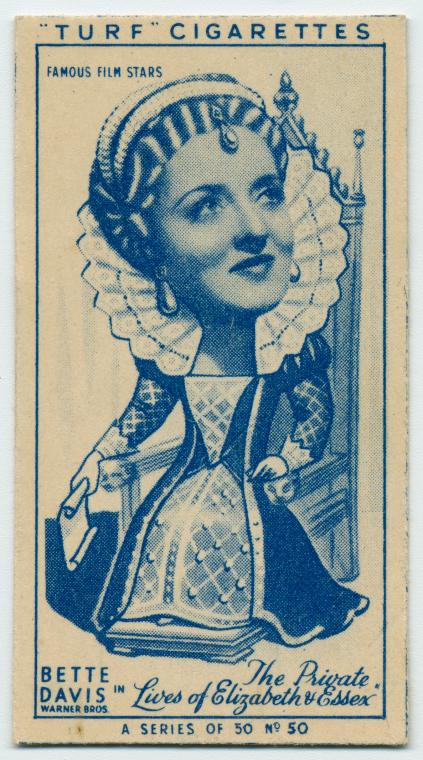 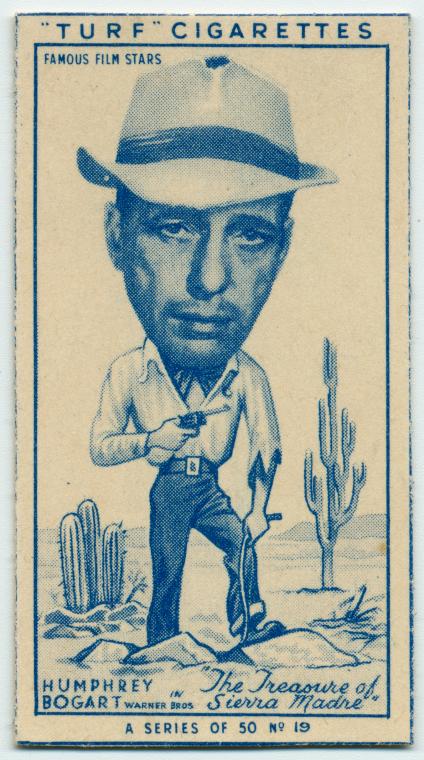 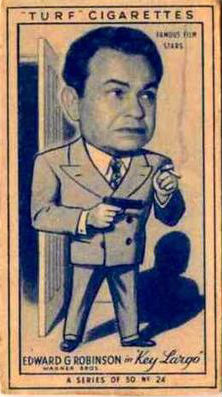 The two pages below are the only other cigarette cards I have: 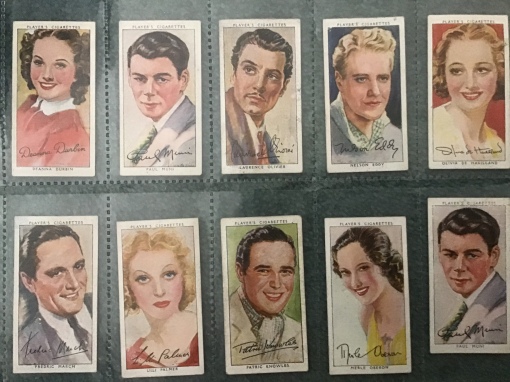 (I see there are two of the same card of Paul Muni here.) 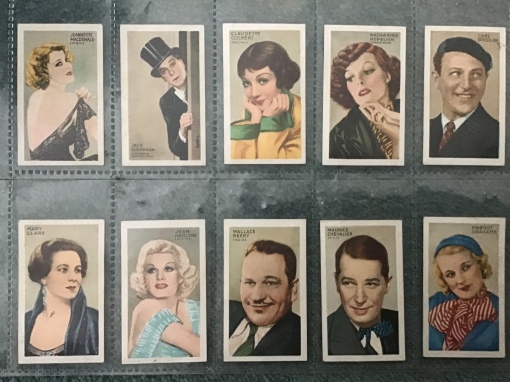 Katharine Hepburn’s card says she is shortly to star in JOAN OF ARC.

Still collectible, full sets can be found for sale on the net and elsewhere.