Start saving now. Kino Lorber are doing us a big favour on  September 24th by releasing on  blu-Ray four of the films that IDA LUPINO directed from 1949 to 1953. (Region A only at the moment.)

A pity they couldn’t have made it six, with  OUTRAGE  and HARD FAST AND BEAUTIFUL to complete the set.

All have audio commentaries , and accompanying the set is an 80 page booklet about Ida as auteuress ( a word new to me, what’s wrong with auteur?) 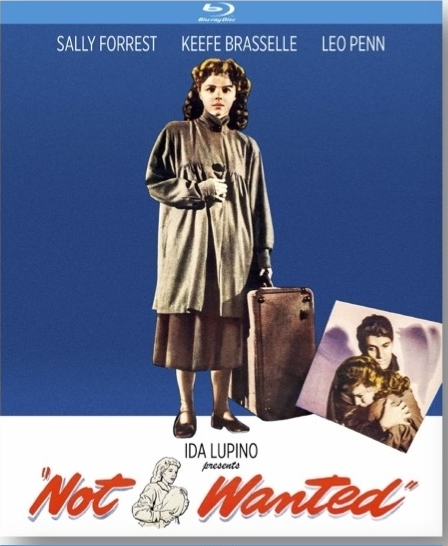 When Ida Lupino started The Filmakers with her then husband Collier Young , was she brave or foolhardy, choosing issues such as unwed mothers, polio, rape and bigamy for her first films as a director.

I’d like to think Lupino and Collier decided that if they were going to make their own films, the subject matter would be what they wanted to investigate. It’s obvious the big studios of the early 1950s would never have considered such films.

In 1950, she was 32 and became officially the only working female director in Hollywood. No mean feat.

The Hitch-Hiker, an gripping story which should have guaranteed Ida more work as a director,  was Filmakers’ s most commercially successful film. But a distribution contract with RKO didn’t work out.

While writing and directing these films, Ida was also still acting as well in films like Beware My Lovely, Lust For Gold, Woman in Hiding, Jennifer – and the classic ON DANGEROUS GROUND. 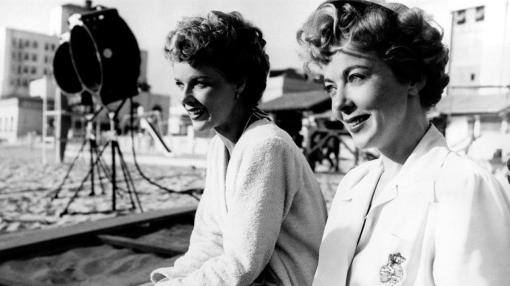 Ida learned about directing from the best. She said,”Raoul Walsh used to let me watch him in the cutting room. I wouldn’t bother him, but I’d ask him certain things.”

Sitting at the back of the projection room is Ida, with Collier Young on her left and actor Robert Clarke two along from her . So I presume the film is Outrage. Everyone is concentrating! 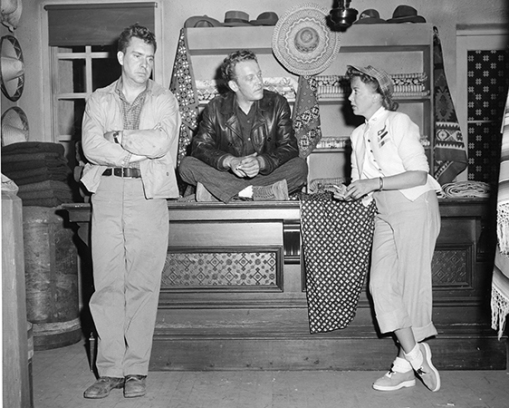 A photo I love, as Ida, Edmund O’Brien and William Talman discuss a scene for The Hitch Hiker. Ida in sneakers, slacks and a ball cap.

Wish we’d had a chance to speak to the actors about being directed by Ida.

A plea for independent productions outside of the studio system.

We do indeed remember the 70 minutes of The Hitch-Hiker!

Ida directing a 1961 episode of The Rifleman, with Chuck Conners.

Television welcomed  Ida as a director in the 50s and 60s, but not one Hollywood studio gave her work – which speaks for itself. ( her last film as a director was The Trouble With Angels.)

In the entire 156 episode run of The Twilight Zone, Ida was the only female director.

Ida was the first woman ever to direct herself (The Bigamist), and only the second female member of the Screen Directors Guild. (Dorothy Arzner was the first). True or not, it was said that at meetings of the Guild which she attended, the address was “Gentlemen and Miss Lupino.”

I expect this box set will be expensive. But for Lupino fans, it’s irresistible!