It’s always fascinating to read comments from the greats of Hollywood. George Cukor was active for  40 years and his films include DINNER AT EIGHT, LITTLE WOMEN, CAMILLE, THE WOMEN, THE PHILADELPHIA STORY, GASLIGHT, BORN YESTERDAY, A STAR IS BORN, MY FAIR LADY.

“Thalberg offered me a  choice  of pictures , one of them ,MARIE WALEWSKA, and I chose to do THE LADY OF THE  CAMELLIAS. When it came out, however, neither Garbo nor I was nominated for an Oscar, and I remember that in the trade papers, the film received rather a bad notice.”

”People often  say glibly that the failure of TWO FACED WOMAN finished Garbo’s career. That’s a grotesque over-simplification. If only life were tied up in such neat packages! It certainly threw her, but I think what really happened was that she just gave up; she didn’t want to go on.”

”Certainly the film (A Star is Born) was too long in its original  form, but Moss Hart (the  scriptwriter) and I could have cut it in such a way that the cuts wouldn’t have been perceptible……was it Mary Tudor who said, ‘calais Is written on my heart’? Perhaps the cutting of A Star is  Born is the only thing that has really upset me.”

”James Mason’s performance as Norman Maine was terribly good, very moving, but I don’t think it was the equal of Garland’s. I thought she was absolutely staggering.” 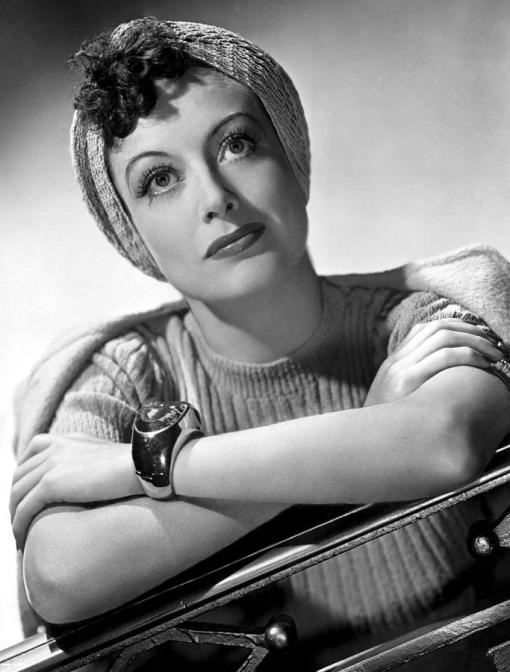 ”Joan Crawford was a great movie personality. You can photograph her from any angle. From any side, anywhere, under any conditions…she always looks good. But her real talent is the way she moves. All she has to do is walk across a room, from one side to the other, and you notice that something very special is happening…..the way she carries herself, the way her arms move…..the position of the head….”

On the question of whether he regarded himself  as a woman’s director:

”oh, that’s such a cliche. Among other things, I did  direct a picture called THE WOMEN, with nothing but women in the cast. But I must point out that I’ve directed some men too, among them, Jack Barrymore,Spencer Tracy,Ronald Colman, Jack Lemmon.

I became associated with ladies like Katharine Hepburn and Garbo and I suppose the label has stuck ever since.”

With Katharine Hepburn on the set of SYLVIA SCARLETT

Paul Douglas had starred in BORN YESTERDAY on Broadway and CUKOR was asked why he didn’t use Douglas in the film version;

”Because he was very foolish. He turned it down. He knew the play very well, and when the script was sent to him, it had been changed a lot and he didn’t want to do it…..he would have been wonderful because he and Judy  Holliday were so funny together.” 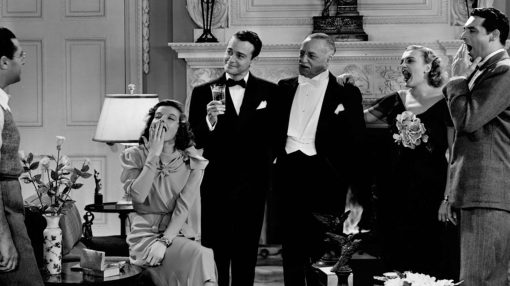 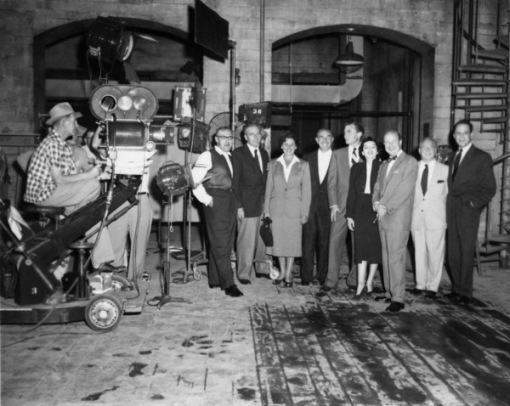 Rare photo on the set of A Star Is Born. I can see George CUKOR, Jack Warner, Judy Garland, James Mason and Sid  Luft.