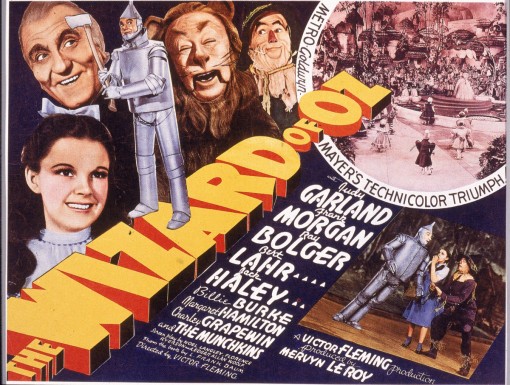 Made 80 years ago in that magical year of 1939, the making of the classic THE WIZARD OF OZ would make a fascinating mini-series.

Casting possibilities included Fannie Brice and Edna May Oliver as the witches; Ed Wynn and W.C.Fields was  considered as the Wizard.

Not just Shirley Temple, but Deanna Durban was considered for the part of Dorothy.

Bert Lahr as the Cowardly Lion.

”I could show you my prowess, 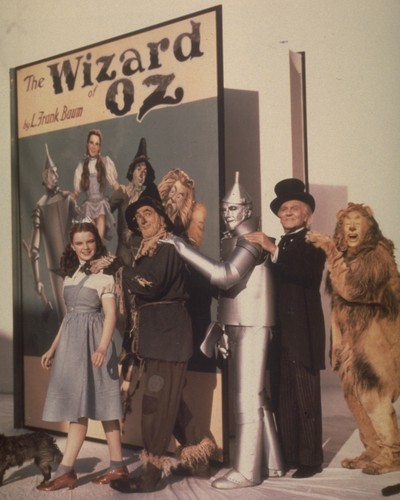 Tagline: “the biggest screen sensation to Snow White….Amazing sights to see!………trees that talk and throw apples!” 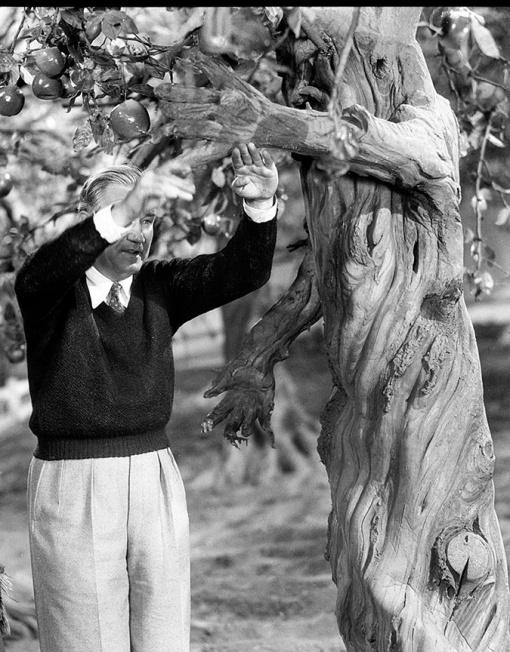 Vixtor Fleming was released from his directing duties in order to work on “Gone With The Wind.”

The haunted forest has a sign: “Haunted Forest. Witch’s  castle,one mile. I’d turn back if I were you.”

Of the many songs by Harold Arlen and Yip Harburg for the film, “The Jitterbug” was cut, but some film footage exists because Harold Arlen took  some home movies of the song being filmed.

It’s a great little number referenced by the wicked witch when she sends her winged monkeys to capture Dorothy, saying “I’ve sent a little insect ahead to take the fight  out of ‘em!”

Margaret Hamilton as the wicked witch of the west.

”I’ll get you my pretty, and your little dog too.”

Great special effects where the wicked witch , on her broomstick, sky-writes a message to Dorothy. The original message said, “Surrender Dorothy or die – WWW”

And this famous phrase wasn’t in the Baum book.

Billie Burke as the Glinda, the good witch of the North.

Wonderful special effects including the cyclone.

The splendid 3-strip Technicolor for the fantasy scenes was an amazing contrast to the black and white scenes in Kansas.

Rare picture of Buddy Ebsen (before he was replaced due to a severe reaction to makeup ), Bert Lahr and Ray Bolger.

Judy on the set. 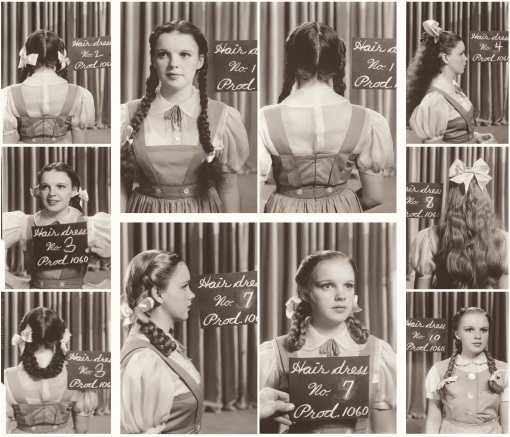 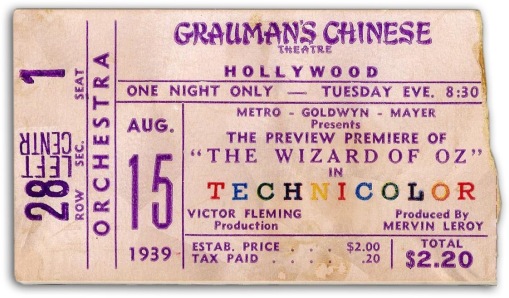 A ticket to the premiere at Grauman’s Chinese.

Amazingly, Judy and Mickey performed after each screening for two weeks in August 1939.

Wonder if they did only Oz songs. 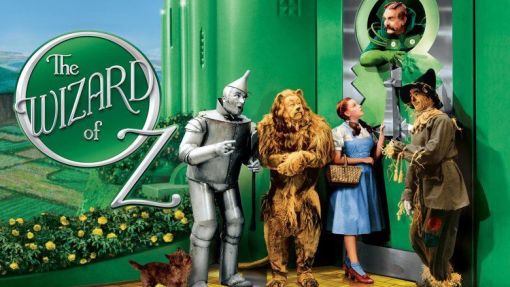 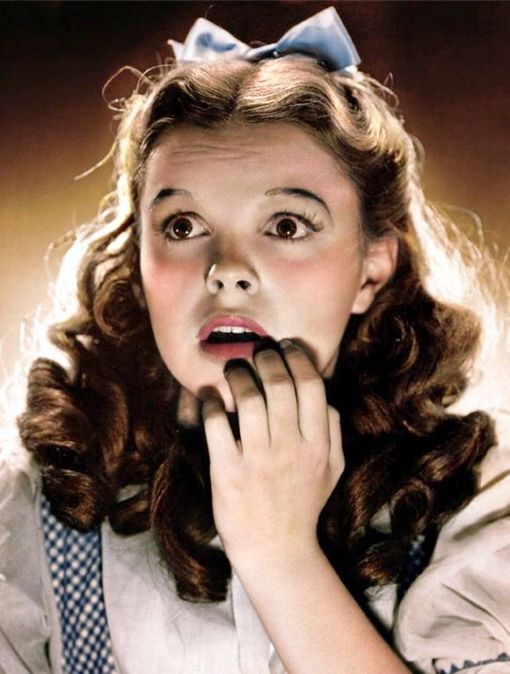 A re-issue with a picture of Judy from “Meet Me in St. Louis.” 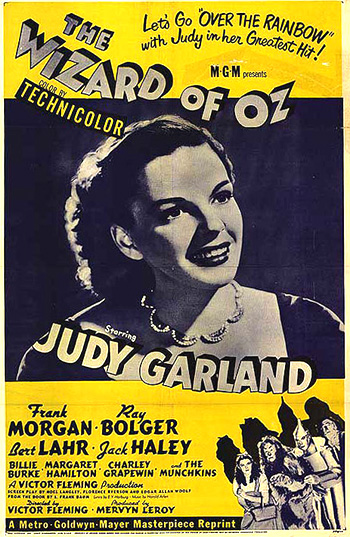 Another reissue with a photo of Judy, not from the film. 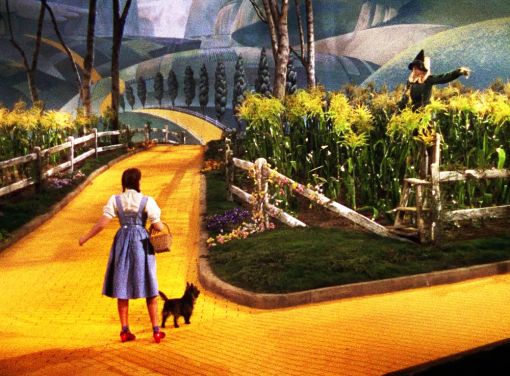 Dorothy to the Scarecrow before she returns to Kansas,

“I think I’m going to miss you most of all.”