Yep, it’s William Powell , but not as we know him! That fringed wig doesn’t do him any favours!

In 1924 the 32 year old  William costarred with Lillian Gish in ROMOLA , a romantic drama made by MGM on location in Italy. A big budget silent directed by Henry King who had directed Lillian Gish in THE WHITE SISTER the year before.

Based on the George Eliot novel, “Romola” is set in 15th century Italy, William Powell is a villain with political ambitions, who romances two young women played by the Gish sisters. 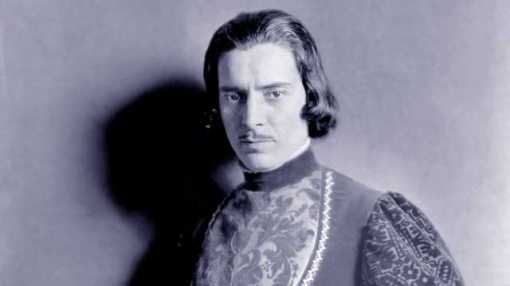 Ronald Colman is also in the film in a smallish role. 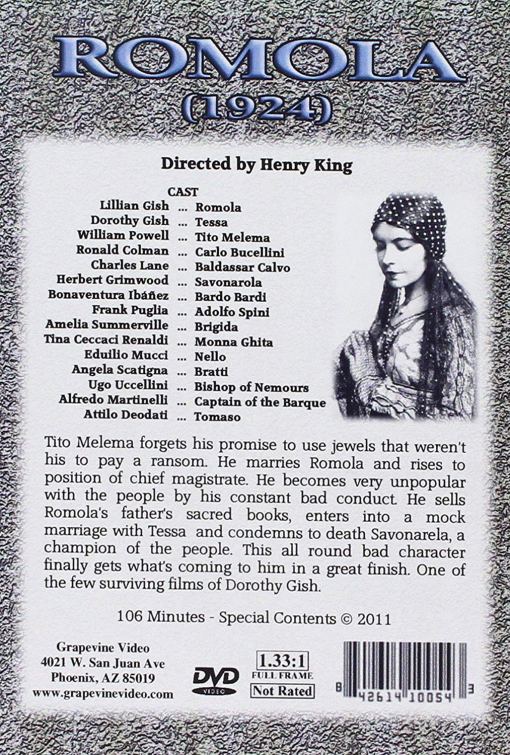 A  poor print of “Romola” is on You Tube. It’s difficult to judge it based on this print.

The Powell we know well, ten years after “Romola”. What a difference  a decade makes.

Both  sisters had substantial stage careers subsequently. Maybe the fact that Lillian and Dorothy each made about 60 films in the silent era starting in 1912 made  them look for new challenges.

Meanwhile we  can smile at that image of William.