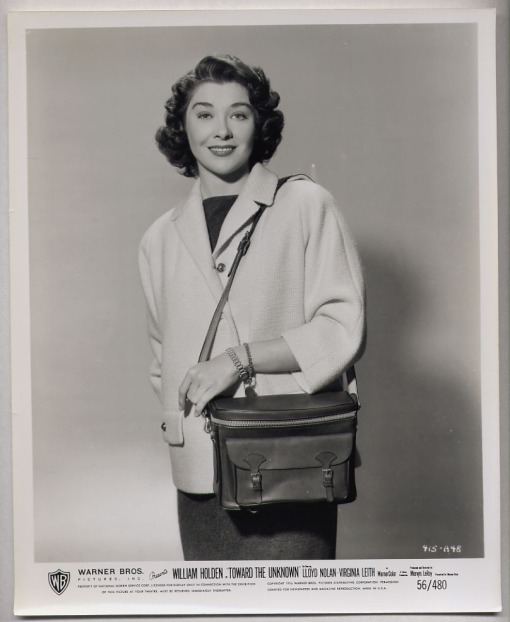 Sorry to hear of the death of VIRGINIA LEITH at the age of 94.

Although she only made about a dozen movies, I’ll remember Virginia  in  VIOLENT SATURDAY and A KISS BEFORE DYING. Two of her films I haven’t seen are ON THE THRESHOLD OF SPACE (with Guy Madison) and  TOWARDS THE UNKNOWN with William Holden.

Virginia made her film debut in the first film made by a 25 year old Stanley Kubrick – FEAR AND DESIRE(1953). Apparently Kubrick tried to destroy all copies of the 62 minute film which was made on a shoestring.
A Fox contract in 1954 looked promising for Virginia and she had a small part in THE BLACK WIDOW(1954), as the artist roommate of Peggy Ann Garner, with Skip Homeier as her brother.

Another small role in WHITE FEATHER(1955), and then in her 4th film, VIOLENT SATURDAY she had a bigger role and she doesn’t get lost in the big cast.

In 1956, she costarred in On The Threshold of Space and Towards The Unknown, but A Kiss Before Dying, also in 1956 was probably her biggest part as she tries to find out how her sister (Joanne Woodward )died.

It looked as if Twentieth Century were happy with Virginia, but suddenly after Towards The Unknown, she made no more films for Fox.
Virginia married in 1960 and left acting, though she did return briefly in 1962 in THE BRAIN THAT WOULDNT DIE – which sounds pretty awful!

Virginia also made a few TV appearances in the 60s. 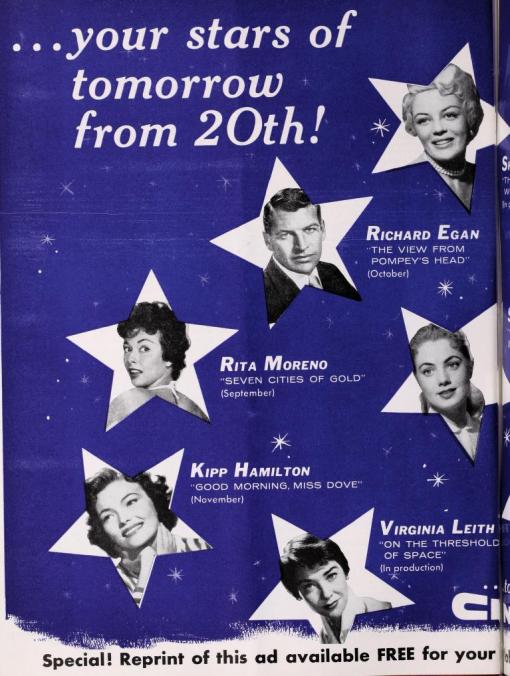 It looks like Fox had  plans for Virginia. I wonder what happened.
Kipp Hamilton didn’t last long either. 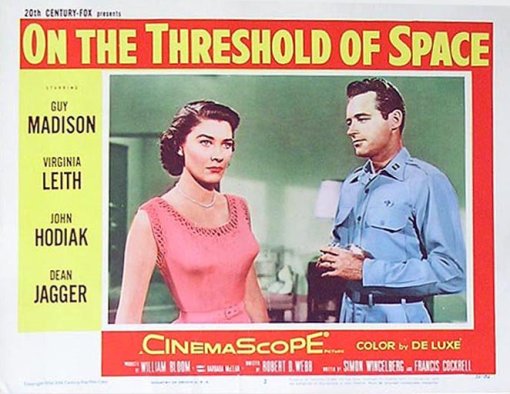 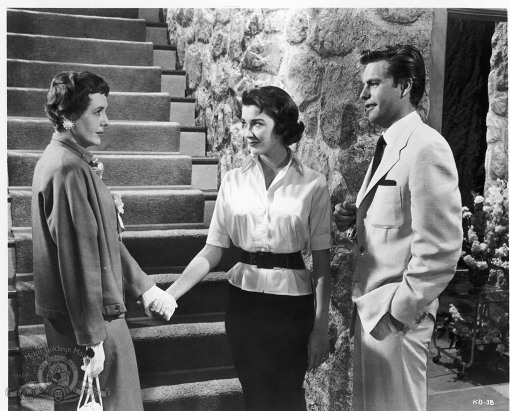 With Mary Astor and Robert Wagner. A KISS BEFORE DYING.