KIM NOVAK is 87 today . Forever remembered for what should have been an Oscar winning performance in VERTIGO.

Kim lives in Oregon with her husband of 44 years, veterinarian, Robert Malloy. 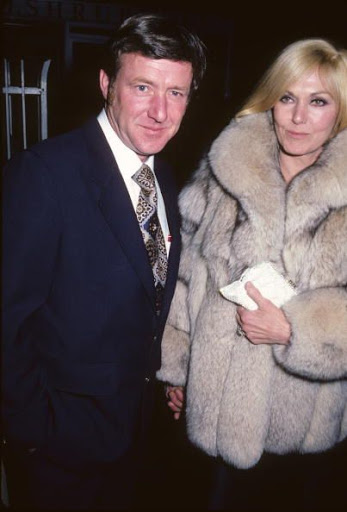 Kim more or less left Hollywood in the late 1960s when she was only in her 30s. In an interview with TV Guide magazine, Kim said she was being offered the “same-old, same-old glamour parts that offered little that was interesting in the way of character….my choice was to move away from Hollywood.”

Of VERTIGO, Kim said, “When we made Vertigo, none of us could have imagined it would have such longevity and acclaim.” 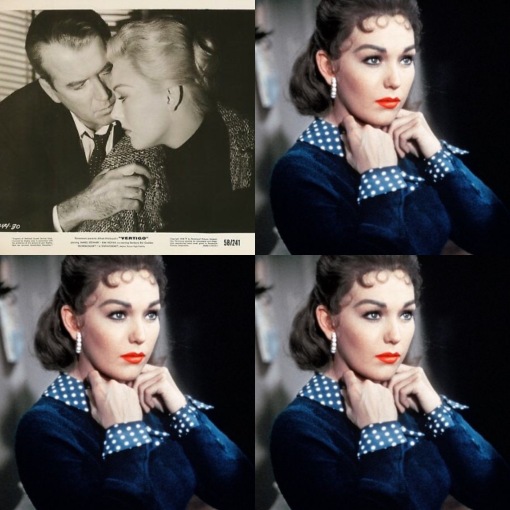 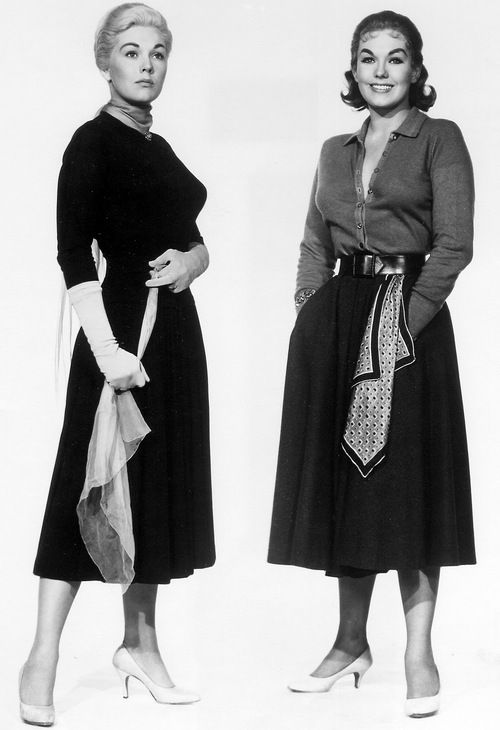 The two faces of Madeleine and Judy.

In the same year as the thriller,  Vertigo, Kim and James Stewart were reunited in BELL BOOK AND CANDLE  which I like a lot – great cast including Jack Lemmon, Ernie Kovacs, Elsa Lanchester, Hermione Gingold. 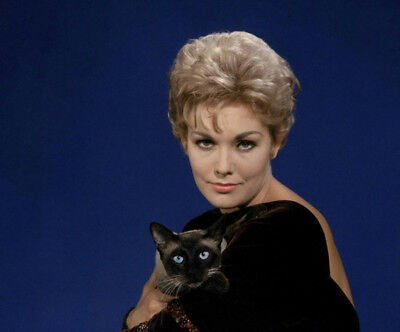 And some unusual title changes in Europe: 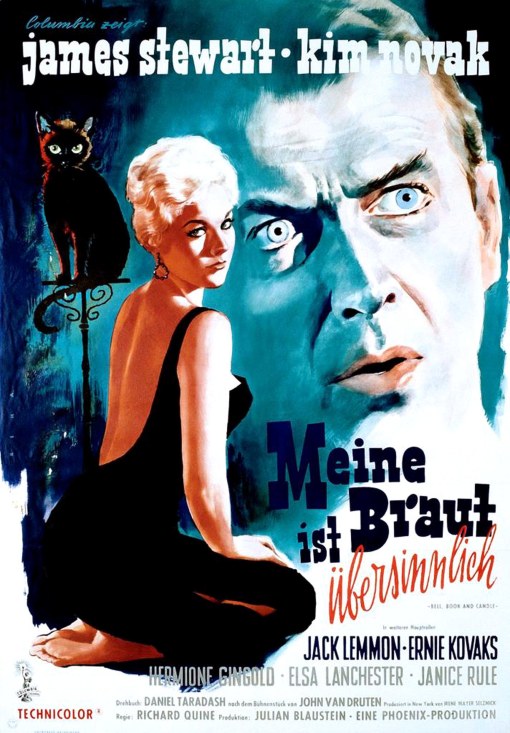 MY BRIDE IS SUPERNATURAL! 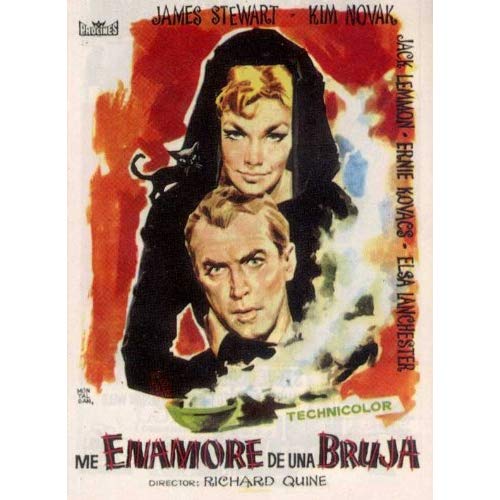 I FELL IN LOVE WITH A WITCH! 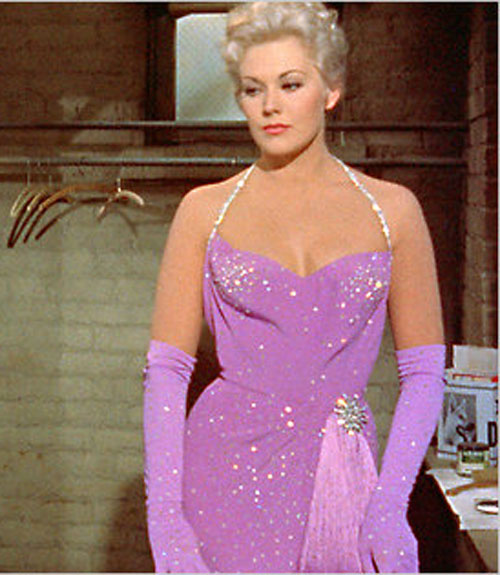 And her break-through role in  PICNIC. 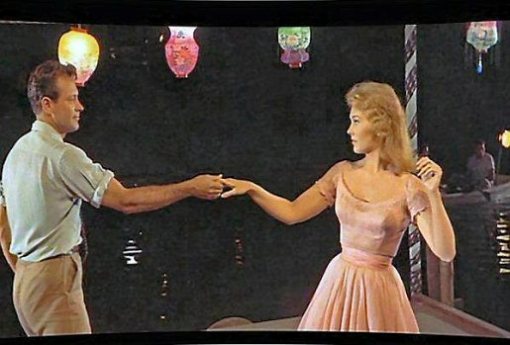