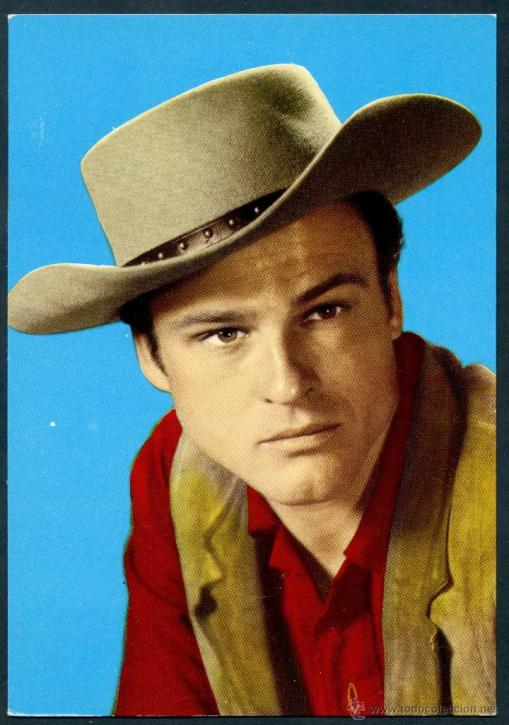 JOHN ERICSON  has died at the age of 93.
Known for his appearance in Bad Day At Black Rock, John’s career started very promisingly at the age of 25 when he got the role of ‘Sefton’ (played by William Holden in the film version) in the Broadway hit, Stalag 17.

Born Joseph Meibes in Germany,John’s  parents moved to America and John studied acting, along side Grace Kelly and Jack Palance in New York.

An MGM contract took John to Hollywood and he was quickly cast in several films, his first being Teresa in 1951.

With Elizabeth Taylor in Rhapsody (1954).

John played a classical pianist , along with Vittorio Gassman as a violinist – both competing for the beautiful Elizabeth.

A rather different looking John in The Student Prince with Ann Blyth. (Edmund Purdom does a great job lip synching the glorious voice of Mario Lanza.)

Not usually cast in villainous roles, John did well as the nasty younger brother of Barbara Stanwyck in Forty Guns.

But it is for being part of the ensemble cast of Bad Day at Black Rock, that John will be remembered by film buffs.

This time he plays the brother of Anne Francis and although he is part of the conspiracy led by Robert Ryan, his character is much less threatening than Lee Marvin or Ernest Borgnine.

John’s film career was sporadic after the 50s and he turned to television, appearing in many shows.

He was reunited with Anne Francis in her series, Honey West.

I’m surprised he never got a series of his own.

One film of his I am curious about is The Cruel Tower (1956) which costarred Mari Blanchard and Charles McGraw?  Has anyone seen it.