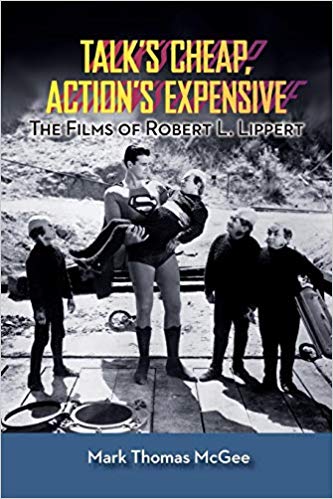 I enjoyed this 2014 biography of producer Robert L. LIPPERT by Mark Thomas McGee. It’s a detailed, extremely well researched look at the career of a man who loved making deals – and money!

Robert Lippert (1909 – 1976) was a businessman who never tried to compete with the big studios. He knew he could make low budget movies , sell them and make a profit. His motto was “I don’t worry what the critics say, I make pictures people want to see.”

Going over budget was taboo! He was able to get producers, directors, writers and actors for minimal pay and tight schedules.He was able to sign major studio talent when their studios released them.

He made around 200 films ( while still running his Theater chain) but didn’t rate a star on the Hollywood Walk of Fame.

Lippert , in the 1940s, owned a chain of  cinemas . According to legend  he said, “Every Theater owner thinks he can make better pictures than the ones they sent him – so back in 1943 I tried it.”

Cinemagoers felt cheated if they didn’t get two pictures. All the big studios had B picture units, but there was still space for small Independents. B movies had to be kept alive.

He likes westerns and the old saying, “If you wanna make money, make a western!”

( I love the sentence below the title in the poster- The Story of a Horse.) 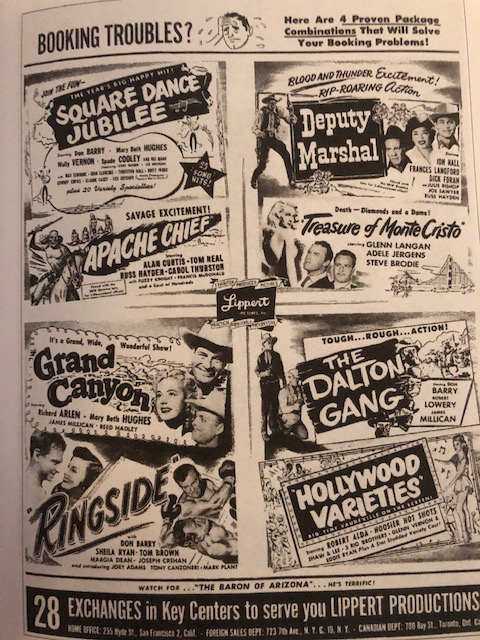 Rip Roaring  Action!  That’s what the folks wanted and that’s what they got from a Lippert film. Mostly running not much more than an hour, and  a whole lot cheaper for exhibitors to rent.

Director Sam Fuller got his chance with Lippert . To write and direct I Shot Jesse James, Fuller got $5,000 plus a percentage of the profits. It did well at the box office and Fuller went on to do two more for Lippert – The Baron of Arizona and The Steel Helmet.

And , ideal for a director, Lippert left Fuller alone to make the movies his  way.

Gene Evans probably had the best role of his career in Steel Helmet, as the tough as nails sergeant who has to take charge when his group has a weak officer (Steve Brodie).

Incidentally, Lippert wanted Larry Parks to play the Sergeant but Fuller got his way and insisted Gene Evans was right for the part.

Fuller’s talent was recognised. As one IMDB reviewer said, “it is shot  with a conviction and passion few A-list movies can muster.”

Must catch up on this one. 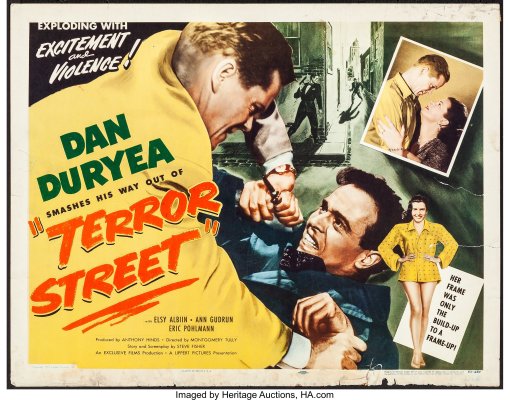 Another Lippert Film I have yet to see, Rocketship X-M had a big cast , with a script by Kurt Neumann and involvement by Dalton Trumbo. It made a tidy profit of $500,000.

And it was another example of Lippert know-how. He managed to get his film out a few weeks before Destination Moon. Both films started the sci-fi Film boom of the 1950s.

Lippert made a deal with Hammer Films in England, to co-produce, lend American actors, writers, directors  and distribute the films in America. The first co-production was The Last Page (Man Bait in the U.S.) in 1952, with George Brent and Diana Dors.

Hammer made about 14 films with Lippert including Spaceways, Terror Street, Paid To Kill, Break in the Circle, A Stolen  Face.

Lippert also struck a deal with Twentieth Century Fox in 1955 to produce B films under his Regal Films banner.

Lippert had sold a package of his films to television in the early 50s, and entered into a dispute with the Screen  Actors Guild over residual payments. As a result , his name did not appear on any of the 100 or so films he made for Fox  from 1955 to 1964.

Lippert finally left Hollywood and returned to San Francisco. In the course of the next ten years he doubled his cinema chain. He died peacefully at home  in 1976.

With Paulette Goddard. SINS OF JEZEBEL (1953)

One of the portions of the book I loved was the frank and sometimes contradictory views of exhibitors about Lippert films.

No holding back!
”I think we’d have been better off if we had left it lost.”

”  The three desperate men were my assistant, my operator and myself. Desperate about what to do to try to bring them in for this mediocre western.”

“The only good thing about this was the print….”

“The general comment was that Mary Beth Hughes should have played the lead.” 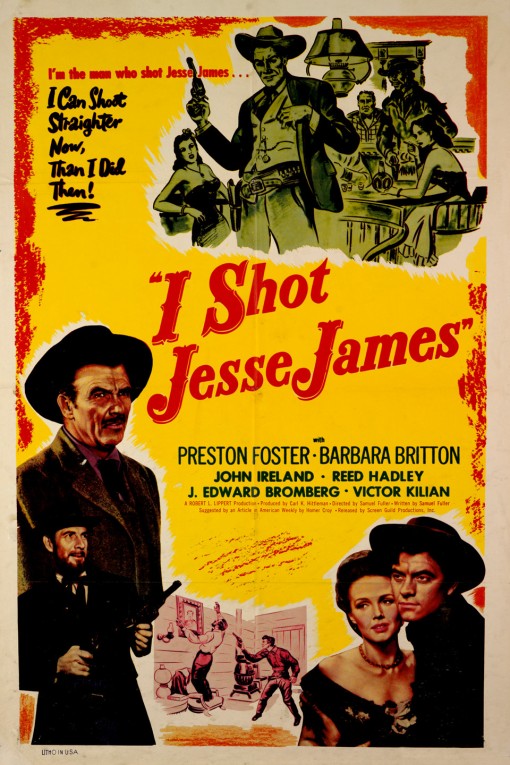 “Nobody gives a hoot what happened to Bob Ford. They thought they’d see some Jesse James action  And we’re disappointed.”

“Buy this picture while it is hot.”

“Thanks, Lippert, for a bread and butter picture.”

Even the Hollywood Reporter took a swipe:

“Flight To Nowhere is just that!”

JUNGLE GODDESS:“I hardly paid the electricity  bill.”
“ Some of the supposedly tense and serious scenes were actually humorous due to the ineffectiveness of the meek looking cast of native cannibals.” 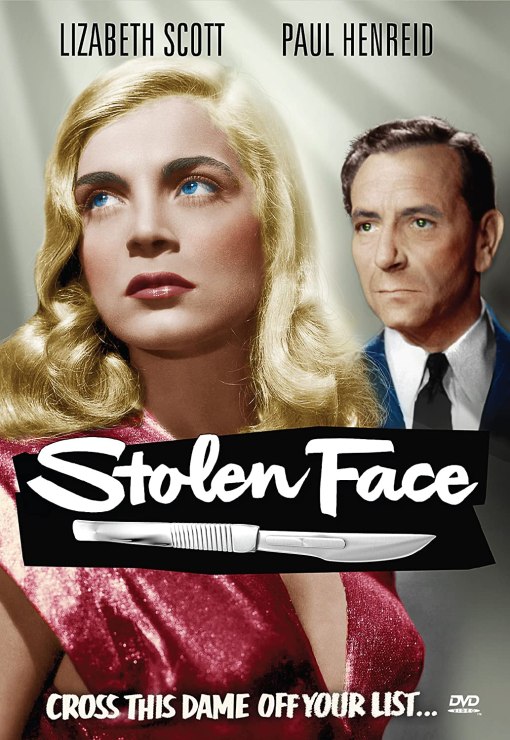 Kit Parker Films  own the rights and distribute over 100 Lippert films. 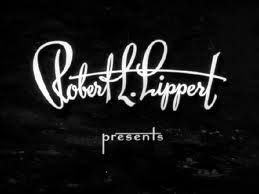 Robert L.Lippert is part of Hollywood history and there are a few of his films I need to catch up. As we have discovered before, there may be a little gem among them. 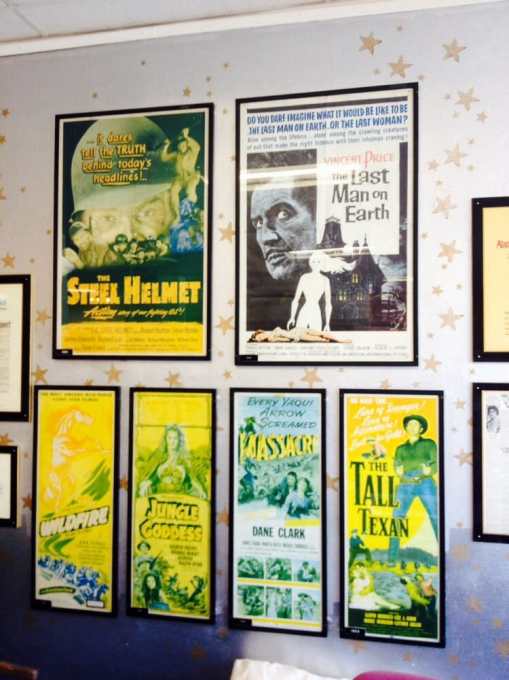 Lippert’s family set  up a permanent display in the  museum in Alamada , his home town in California.