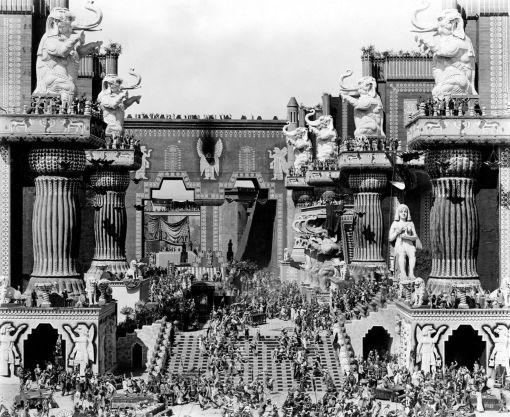 The three and a half hour 1916 epic, INTOLERANCE had some incredible sets including the above scene.

This film, by D.W. Griffith really was amazing in its concept – four story lines separated in time by several centuries.

The above set was for the story of the fall of the Babylonian Empire at the court of King Belshazzar.

I have read that D.W.Griffith financed most of the film which was seen  as an answer to the criticism he had received for Birth of a Nation. INTOLERANCE showed religious and political persecution  through the ages.

Amazing too to see all the future directors who were assistant directors on the film – Allan Dwan, Victor Fleming, Tod Browning, Jack Conway .

I’ve only seen clips from the film and it does look very impressive. Surely one of the very first big budget epics. To think that a set from over 100  years ago still remains one of the cinematic wonders.

The Babylon set was built near the intersection of Sunset and Hollywood Boulevard and stood for several years until it was finally dismantled in 1919.
(One can only imagine that this area was very much different from today  in 1916 ie plenty of space!) 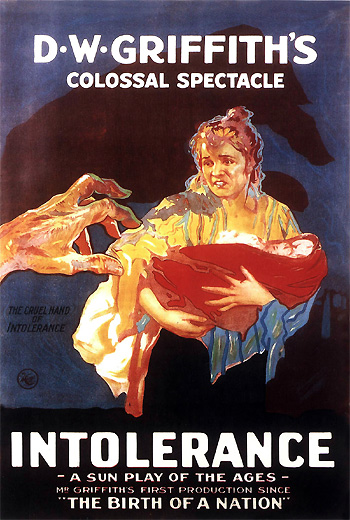 Just recently a friend sent me an article related to this famous set and it was interesting to read that in 2001, the Hollywood and Highland shopping centre opened with the courtyard  of the centre being a scale replica of the archway and the elephant topped columns from the long lost movie.

Called Babylon Court, there was a plaque with information about the 1916 film.
I love how the arch frames the Hollywood sign.

But time marches on and the Intolerance replica arch and elephants are to be removed in a redevelopment of the shopping centre. 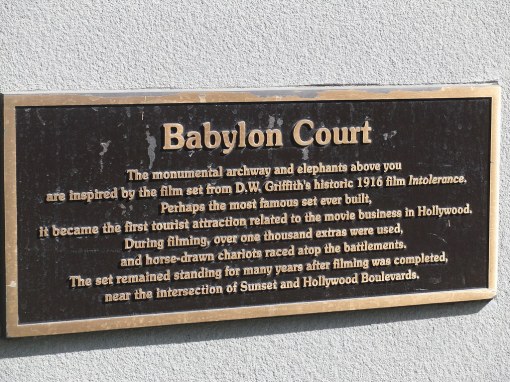 The advertising in 1916 described the movie as “the world’s mightiest spectacle!” and “D.W. Griffith’s masterpiece.“ 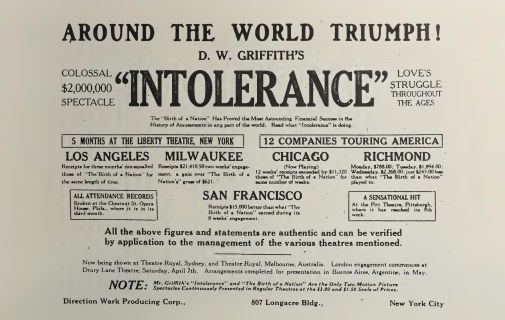 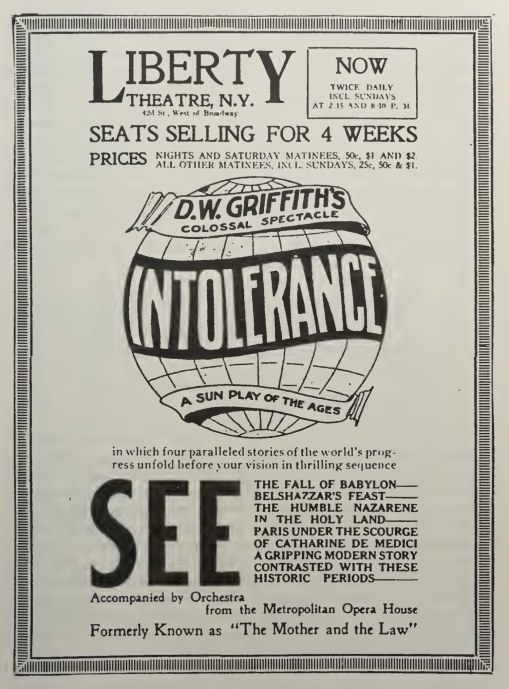 Construction of the arch.

Amazing shot of Griffith in a balloon to oversee the scene!

You can see the colossal set size next to the man standing in the middle .

I guess it’s time to dip into a little more of this historical film.