Marion Davies (1897-1961) had a 20 year film career in both the silent and sound eras. Her costars in the 1930s included Clark Gable, Bing Crosby , Gary Cooper, Dick Powell.
She was an excellent light comedienne whose career was rather overshadowed by her private life as the mistress of newspaper tycoon, William Randolph Hearst.

Good news that a new biography of Marion Davies is coming in 2022 – Captain Of Her Soul: The Life Of Marion Davies (UC Press) by Lara Gabrielle , a California based classic film writer and historian.
Lara kindly  agreed to talk about her book and interest in Marion Davies. Thank you ,Lara for answering  my questions !

”It’s been an absolute joy from the moment I started .My research has been conducted both in the United States  and Europe, primarily Los Angeles, Washington,D.C., UC Berkeley, New York, London and the south of France.

I went through both personal and professional archives, private letters, taped interviews, Marion’s autobiographical tapes, and I interviewed friends and acquaintances still alive.”

“I discovered Marion when I was about 13. I read ‘The Times We Had’, which is Marion’s autobiographical tales distilled into memoir form after her death.
I was struck by what a fascinating  woman she was . …she was incredibly  strong  and dealt with a lot in her life, and she always met the challenge and rose above it.”

“I have seen all of Marion’s films that still survive. There are several from the early days that are lost forever (that is….until they show up in somebody’s barn or attic!)

I like many for different reasons – I think BLONDIE OF THE FOLLIES is maybe her most 3-dimensional character, she rarely got to play those because Hearst  was protective of her image, and she is fabulous.
Of course I love SHOW PEOPLE, that’s an absolute masterpiece of silent cinema.”

With Robert Montgomery. BLONDIE OF THE FOLLIES

“Marion was head of her own production company within Cosmopolitan…..Hearst respected Marion enormously and essentially let her have director and leading man approval….she called all her own shots.

She was a phenomenal businesswoman….with real estate holdings , investments and knew instinctively how to deal with finances ( with only an 8th grade education.) 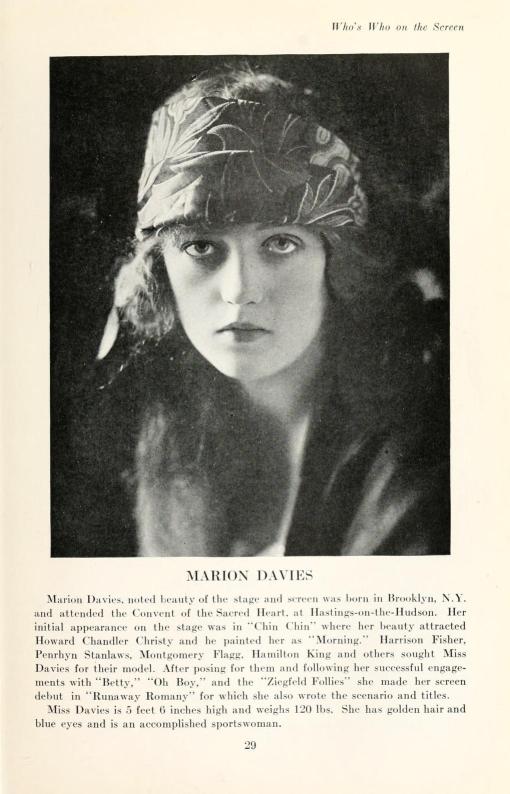 “Citizen Kane” is a great film that has been horribly misunderstood.People assume that ‘Susan Alexander’ is Marion but in fact all the characters are composites.

Hearst and Marion are the most well known of the composites so they got the brunt of it – Marion sort of shrugged off the movie – she claimed to not have been affected by it.”

My thanks to Lara for her observations . It’s a wait till 2022 but I am sure it will be worth it. Meanwhile Lara’s blog is at https://backlots.net. 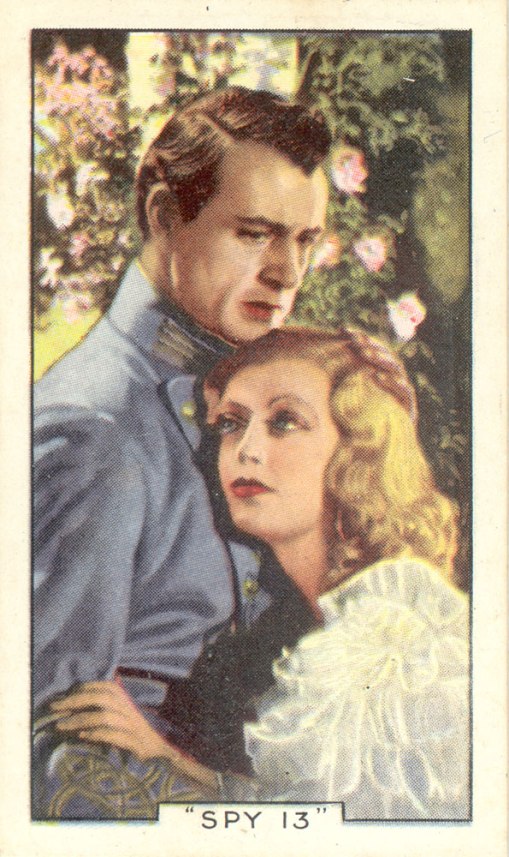