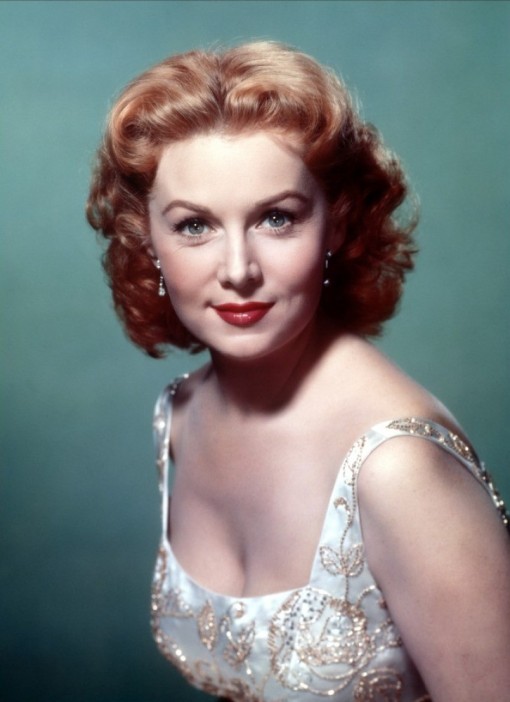 So sorry to hear that Rhonda Fleming has passed away at the age of 97.
Rhonda, the red headed beauty, had a long career in films,TV and the stage. She was a trained singer but didn’t often get to sing in her films. She made many westerns including four with Ronald Reagan;  she was Robert Ryan’s wife in 1953’s Inferno, leaving him to die in the desert;

She was a gambler in The Gunfight At OK Corral;

And she was ideal for swashbuckling adventures like The Golden Hawk with Sterling Hayden.

Born Marilyn Louis in Hollywood, Rhonda was spotted at age 16 by a top Hollywood agent and signed, without a screen test,  by David O. Selznick who cast her in Spellbound and The Spiral Staircase. She later had a deal with Paramount and costarred with Bing Crosby in A Connecticut Yankee.

Rhonda was in many TV shows, as well as having a one woman show at the Hollywood Bowl and headlining in Las Vegas.

Married six times, Rhonda’s  5th husband was Ted Mann of Mann’s Chinese Theatre. Married from 1978 till his death in 2001, Rhonda and her husband supported many charitable organisations . 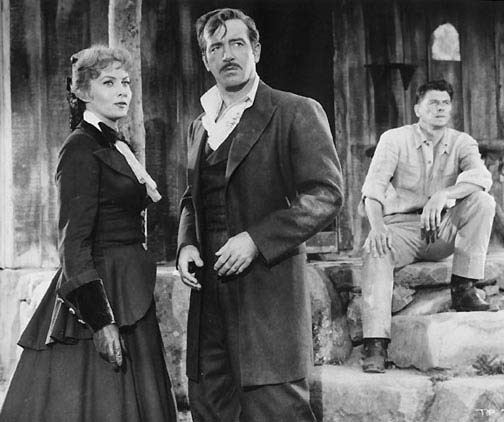 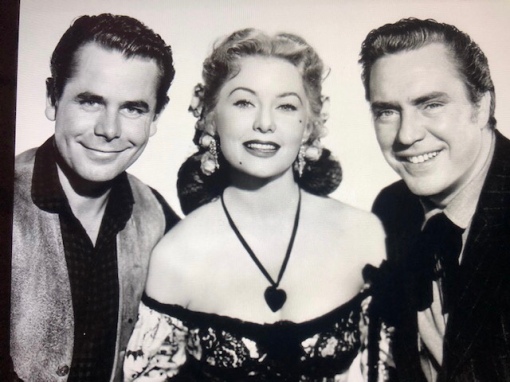 With Glenn Ford, Edmond O’Brien. THE REDHEAD AND THE COWBOY.

With Burt Lancaster. THE GUNFIGHT AT THE OK CORRAL. 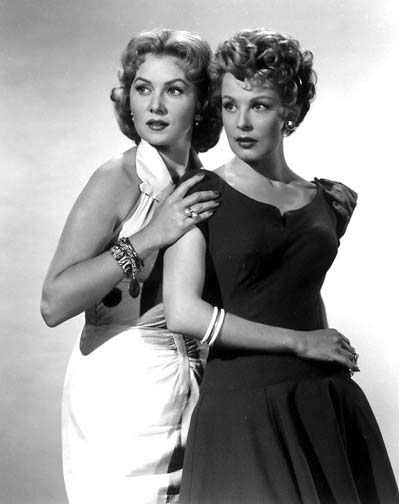 Rhonda and Arlene Dahl  were well cast as sisters in Slightly Scarlet. 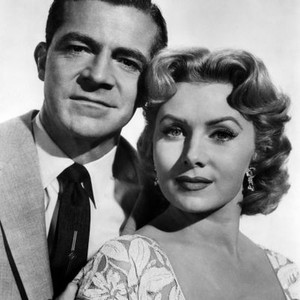 With Dana Andrews. WHILE THE CITY SLEEPS. 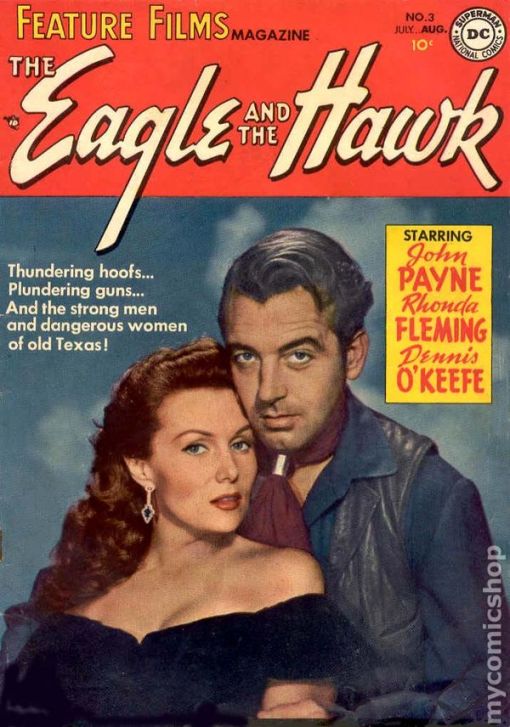 In 2019 , I remembered Rhonda on her birthday ( https://viennasclassichollywood.com/2019/08/11/Rhonda-Fleming-birthday-tribute