Another sad loss with the death of dancer Marge Champion at the age of 101.

Known for her 1950s MGM musicals as part of a team with her then husband Gower Champion.

Born Marjorie Celeste Belcher, Marge’s father Ernest was a Londoner who emigrated to America. He was an entertainer in the British music halls and a dancer/ choreographer.
He ran the Ernest Belcher School of Dancing in Los Angeles where Marge  began dancing as a young child.
She and Gower Champion went to the same Junior High School.

Marge’s father was so impressed with Gower that he gave him a full sponsorship to his school of dance.

At the age of 14, Marge auditioned to be a live action model for Walt Disney animators working on Snow White and the Seven Dwarfs.

Marge would work at the Disney  studio, being filmed on 16mm film which the animators would use while creating the Snow White character.
In an interesting  interview Marge did in 1998 for the Television Academy ( interviews.televisionacademy.com), she said, “I worked one or two days a month – for two years on and off. We were shown storyboards and asked to react to situations.”

( She also worked on Pinocchio and Fantasia.)

Marge’s first husband was Art Babbit, an animator at Disney. 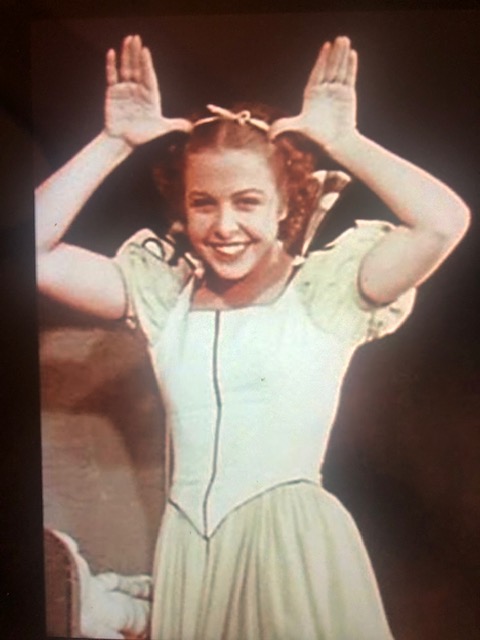 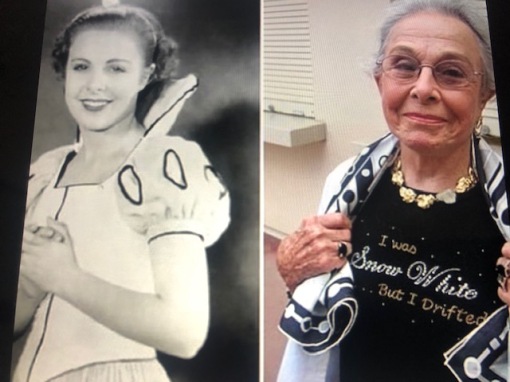 Love that T-Shirt  with a touch of Mae West! – “I was Snow White but I drifted.” 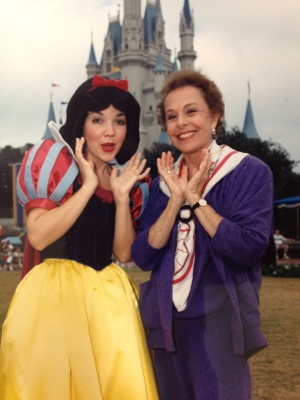 Marge with a Disney Snow White.

Marge can be seen behind Ginger Rogers in The Story of Vernon and Irene  Castle. She had a few more uncredited parts in 1939 as Margery Bell.

In the 1940s she teamed up with Gower as “Gower and Bell” and they played supper clubs and eventually appeared on early television shows.

In 1950 Marge and Gower (who had married in 1947) appeared as themselves in Bing Crosby’ s Mr Music.

And then came their string of hits at MGM, starting with Show Boat  in 1951, then Lovely To Look At, Everything I Have Is Yours, Give A Girl a Break , Jupiter’s Darling and finally Three For The Show.

I always think of the Champions being in lots of movies but in fact their movie fame amounted to these 6 films. Just shows what an impression they made on musical fans.

After “Lovely To Look At” ( the remake of ROBERTA), in which they played the Astaire /Rogers roles, there was talk of remakes of other Astaire/Rogers films, but that did not materialise – wisely! 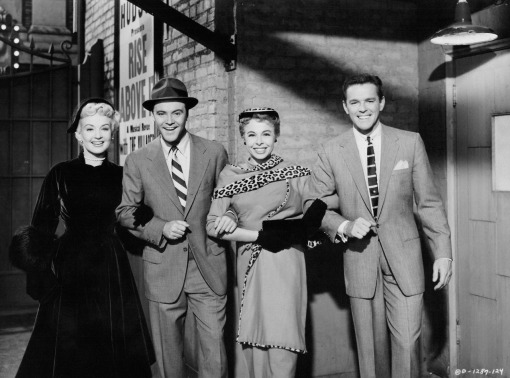 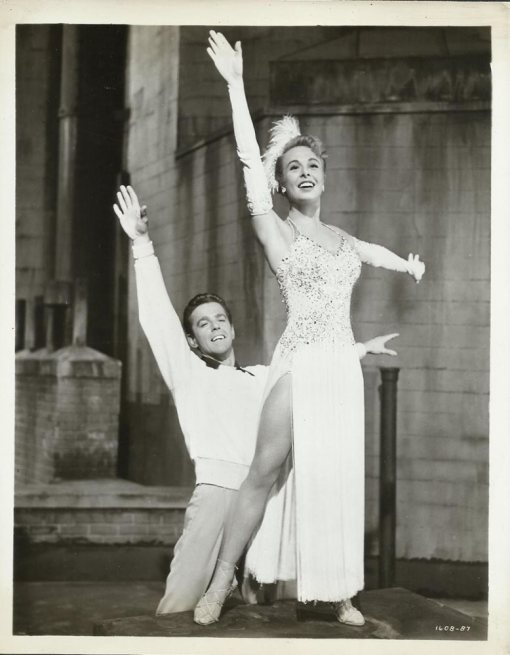 With Debbie Reynolds. GIVE A GIRL  A BREAK.

After Marge and Gower divorced in 1973, Marge remarried in 1977 to television director Boris Sagal who tragically died in an accident in 1981.

Marge taught dance in later years while Gower achieved great success in his Broadway directorial career in the 1960s onwards. (Two of his biggest  hits being HELLO DOLLY and FORTY SECOND  STREET.)

Gower died in 1980 of a rare form of blood cancer, on the day that “42nd Street” opened on Broadway.

The stunned shock on the cast members’ faces as producer David Merrick announces that Gower Champion  had died that morning – so thoughtless of David Merrick  to announce the tragic news to the audience and cast onstage at the end of a triumphant first night of FORTY SECOND STREET.

One of the show’s stars, Jerry Orbach, leans forward as if to say ‘What did you just say?’

Marge’s last TV appearance was in an episode of the series FAME,   in 1982.

With Donald Saddler in FOLLIES .

Marge returned to the stage for the 2001 production of Stephen Sondheim’s Follies, partnering Donald Saddler , a dancer in many Broadway shows and co-founder  of the American Ballet Theatre.
Subsequently Marge and Donald would meet up twice a week at a New York studio they rented and just enjoy themselves dancing and keeping fit.

There is a delightful 20 minute documentary,Keep Dancing, on You Tube, from 2009, showing  the two of them together, creating dances for themselves. Both aged 90!

Marge is survived by her son Gregg and three grandchildren. She had been staying at her son’s home in L.A during the COVID 19 pandemic.

The following two sequences show the skill and talent of Marge and Gower, going from the sheer romanticism of “Smoke Gets In Your  Eyes” (LOVELY TO LOOK AT) to the comedy of  “I might Fall Back on You” (SHOW BOAT).