……..Nice to see continuing issues of blu- Ray box sets in these days of TV streaming. 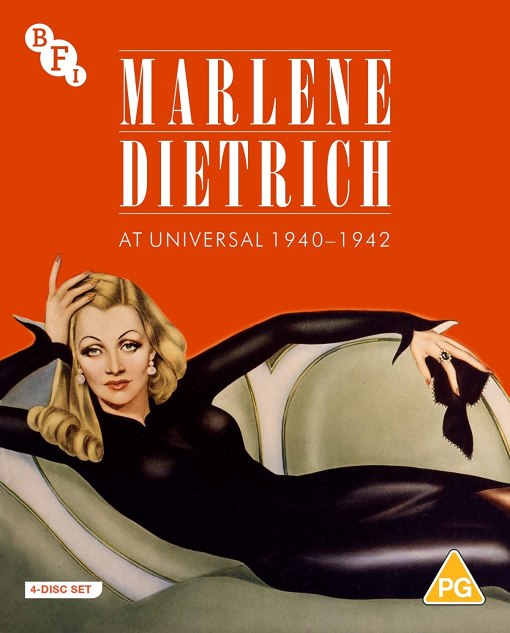 ……….Marlene At Universal  is a 4 disc set featuring Marlene Dietrich’s films at Universal from 1940 to 1942. The titles are Seven Sinners; Flame of New Orleans; The Spoilers; Pittsburgh.

The set will be released on 18th January,2021 and is limited to 4,000 copies. Extras include a 60 page booklet about the films.

Cant say I like the illustration of Marlene. The pose is great, but it’s not Marlene’s face.

……..The new Oscar Academy museum in Los Angeles has pushed back its opening to 30th September, 2021.

……..Sad to read that the Larry Edmunds Bookshop in Hollywood  is now trying to survive ,with a GoFundMe campaign which has raised $50,000 so far.

This famous film bookshop was established in 1938 by Larry Edmunds who died in 1941. Larry’s partner Milton Luboviski  took over and the shop became a Mecca for everyone interested and involved in the film business.  Stock included posters, photos, lobby cards in addition to books.  And with many celebrity book signings.
During  the 1960s, the shop produced a 200 page catalogue.

The current owner is Jeffrey Mantor and we can only hope that this historic shop survives.

Shelves of wonderful titles in this wonderful shop. 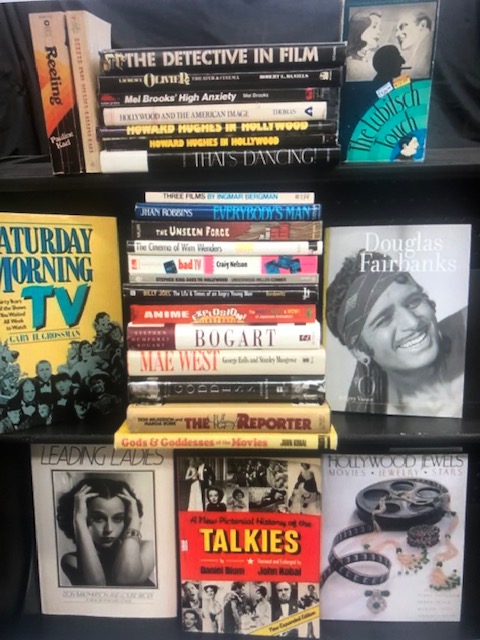 ……….Delighted to find a You Tube channel run by Mark Milano who has done exhaustive research on those behind-the-scenes singers who dubbed for all the big stars. (YouTube.com/lostvocals8)

Mark has put together a wonderful compilation of song clips , with the names of the dubbers on each brief clip.

So interesting to hear that Louis B. Mayer  insisted that Eleanor Powell be dubbed in all her films,even though Eleanor was a Broadway singer as well as dancer, and had recorded with the Tommy Dorsey Orchestra.

Mark Milano has synched a recording of Eleanor singing ‘You Are My Lucky Star’ (with Dorsey) and showed us the scene from BROADWAY MELODY OF 1936 , taking out Eleanor’s dubber, Marjorie Lane and letting us see and hear Eleanor do the number.
Why would Eleanor need to be dubbed. Mark’ s only explanation was that Mayer preferrred a soprano sound.

Mark could write a book – I wish he would! So many stories eg stars who were keen to do their own singing but were overruled – Leslie Caron in GIGI; Natalie Wood in WEST SIDE STORY, Audrey Hepburn in MY FAIR LADY, Ava Gardner in SHOW BOAT; Joan Crawford in TORCH SONG.

And listening to the stars do their own singing  , you can decide whether the studios did the right thing. Ava Gardner seems to get the most votes though the trained professional singers usually win out.

And dubbing was required for many films other than musicals. So many films had nightclub scenes where we’d see one or two songs during the film.

Belita (THE GANGSTER); AUDREY TOTTER (THE SAXON CHARM, UNDER THE GUN.) 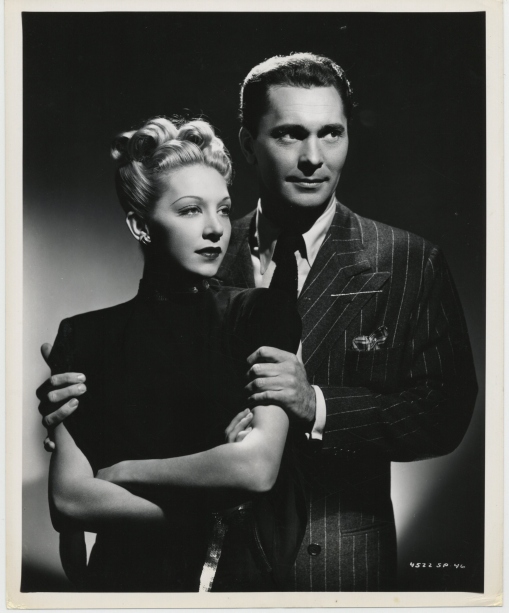 And that’s  only some of the dubbing Martha did.  She also dubbed Sonia Henie, Marta Toren, Hedy Lamarr, Carole Landis.

But as with Eleanor Powell, I don’t know why she had to dub Lucille Ball in THE BIG STREET and DUBARRY WAS A LADY  or Patricia Morison in SILVER SKATES.
And couldn’t Barbara Stanwyck have sung “Drum Boogie”  just fine  in BALL OF FIRE.  And why would Ann Sheridan need to be dubbed in SHINE ON HARVEST MOON.

Did Allen Jones really need to sing for Dennis Morgan in THE GREAT ZIEGFELD. I don’t think so.
Interesting too to find out that Mary Martin dubbed for Margaret Sullavan in SHOPWORN ANGEL, and for Gypsy Rose Lee in THE BATTLE OF BROADWAY. 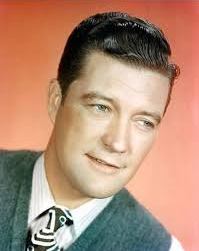 Mark points out that the dubbing of Juanita Hall in SOUTH PACIFIC  is the strangest – Juanita had played ‘Bloody Mary’ in “South Pacific” on Broadway in 900 performances! ( She was dubbed by Muriel Smith). The only explanation was that composer Richard Rodgers didn’t like Juanita’s voice.

The dubbers really do deserve to be recognised and that is what Mark Milano is doing. Someone like Trudy Stevens could sing for Vera- Ellen (WHITE CHRISTMAS) and then manage to sound like husky Lizabeth Scott in DEAD RECKONING. an art in itself.

I’ve written  about movie dubbers twice before in the blog – ‘Martha Mears, Queen of the Dubbers’ in 2016, and a review of the BBC documentary, ‘Secret voices of Hollywood’ in 2013. Wish I’d known of Mark Milano!

Mark Milano’s HOLLYWOOD’S SECRETS EXPOSED: THE REAL VOICES OF DUBBED STARS  was an online 90 minute event on 13th December, 2020 and can now be seen on You Tube.

……….A recommendation by Eddie Muller (‘The Czar of Noir’) is a 1950 comedy, THE GOOD HUMOR MAN, with Jack Carson, Lola Albright, Jean Wallace, George Reeves.
Has anyone seen it? No sign of it on Amazon.