What is FILM NOIR.
Let’s start with some titles: City That Never Sleeps, I Wake  Up Screaming, Kiss Me Deadly, Where The Sidewalk Ends, Fear In The Night, Detour, On Dangerous Ground.

Get the picture? These titles are going to take you on a thrilling if tortured journey through dark, mean streets in the company of a group of lost souls seeking salvation. If you know Film Noir, you’ll recognise writers like Cornell Woolrich, directors like Robert Siodmak , stars like Robert Ryan. 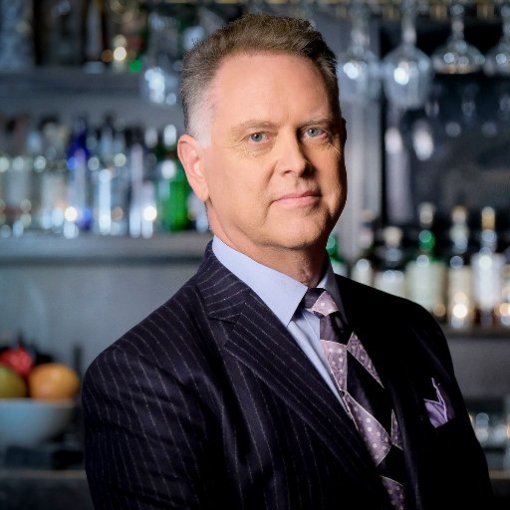 Eddie Muller, known as ‘The Czar of Noir”, summed up Film Noir brilliantly (and in the Noir style )in his 1998 book, “DARK CITY: THE LOST WORLD OF FILM NOIR”. The following is part of his two page sizzling intro to his book:

“Remember, once across the Dark City limits, the meter’s  double and there is no coming back…….we’ll  hit Sinister Heights, Shamus Flats, Blind Alley and maybe Losers Lane……Dark City was built on fateful coincidence , double dealing and last chances. “

And on the book’s back cover, he writes:

It’s a breakneck ride in a getaway car, with Richard Widmark and Gloria Grahame in the front seat and you in the back with some dame you don’t remember  and would ‘t mind forgetting.

Eddie comments in his book about the origins of what became known as Film Noir, reflecting on the mood of Americans after WW2:

“Writers and directors responded by delivering gritty, bitter dramas that slapped our romantic illusions in the face……still, plenty of us took it – and liked it. “

Back in the day, I reckon Eddie Muller would have been turning out Noir scripts at RKO ( the studio he calls “The House of Noir.”) . He’s from San Francisco and when he wrote that first book over 20 years ago, fate took a hand and opened up a whole new career for him.

After his book came out in 1998, Eddie  was invited to program a Noir Film  Festival at the Egyptian Theatre in Los Angeles, and the rest, as they say, is Noir history.

Noir City Festivals spread throughout the U.S.  and audiences of over a thousand revelled in 35mm screenings, with guests like Arlene Dahl, Marie Windsor, Rhonda Fleming  attending. 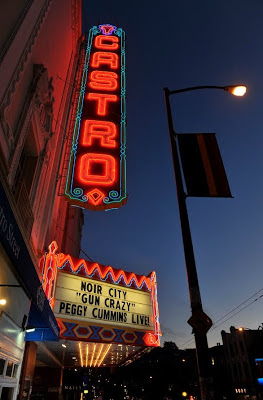 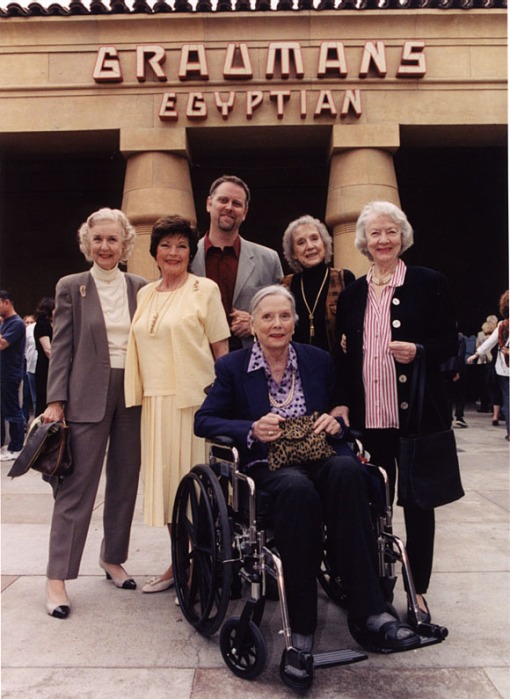 All starred in memorable Noir films, from DETOUR to LADY IN THE LAKE, KISS OF DEATH, THE PROWLER, OUT OF THE PAST.

In the program notes for the 2009 Noir City  festival in San Francisco, Eddie wrote, “Noir City remains dedicated to the grand communal majesty of the moviegoing  experience. Enjoy it while you can because pretty soon, watching a black and white movie on a huge screen will be as obsolete as…. reading a newspaper.”

At the 2009 festival, Arlene Dahl was the guest of honour and a crowd of 1,400 watched Arlene’s WICKED AS THEY COME.

Being able to invite stars of the films he would screen at the Festivals    made for many great memories for Eddie and the lucky fans who attended:

“…..Marie Windsor trying not to cry when she saw all 600 seats filled for “The Narrow Margin”

“……Screening DETOUR for a packed house, and doing the interview afterwards with Ann Savage.”

His interest then took him into film preservation ,with his setting up of The Film Noir Foundation  in 2005. A non- profit public benefit organisation with a mission to find and preserve films in danger of being lost or irreparably damaged. And to ensure these classic films remain in circulation for theatrical exhibition. 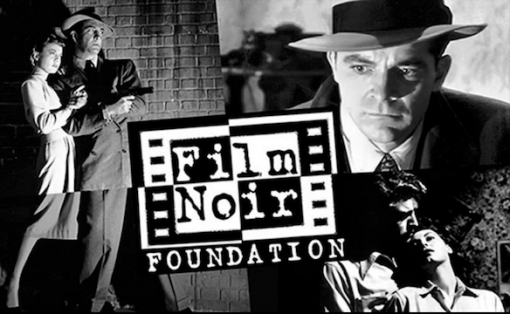 Since its  beginning, the Foundation has helped fund and restore The Prowler, Too Late for Tears, Woman On the Run, Cry Danger, Repeat Performance, Trapped.

Describing a restoration, Eddie says: “The ideal elements are the earliest negatives the studio made – the ones used  to manufacture copies for theatrical distribution.”

When it came to Ann Sheridan’s  WOMAN ON THE RUN (1950) Muller found an archival print at Universal but it had fallen out of copyright. He got the rights to screen the film but had to indemnify the studio in case an owner surfaced and sued for compensation .

Unfortunately, the print was destroyed in a fire at Universal  in 2008.  Then the British Film Institute searched their database and found   a copy which U.C.L.A. borrowed  and restored.

And in 2015, Eddie unveiled a brand new 35mm version of “Woman On The Run” at two Noir City  Festivals.

In an interview with Barbara Tannenbaum, he said:

I don’t mean to be mawkish, but when I introduce “Woman on the Run”, I always dedicate it to Ann Sheridan. She knew she had made something really good, but never got to see it with a  full house. I feel the audience reaction.
That’s when I tell her: ‘Your film still plays.’

In the 20 years since Eddie began his Noir odyssey, so many of the stars he interviewed on film have died, but the Noir Foundation has kept the videos and made them available via the website http://www.filmnoirfoundation.org 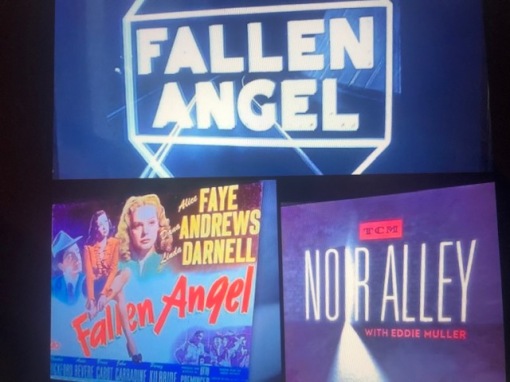 In 2017, Eddie Muller joined TURNER CLASSIC MOVIES (TCM) and has a slot every week called NOIR ALLEY in which he introduces a film noir, providing interesting comments before and after the screening.

(Many of his intros on Noir  Alley can be viewed on YouTube.) Introducing 99 RIVER STREET, he said: ”I’m a sucker for movies that play out over the course of one night….when normal people are on the nod……CROSSFIRE, THE SET UP, DECISION AT DAWN, THE CITY THAT NEVER SLEEPS.”

In his intro to Armored Car Robbery:

”This little 67 minute programmer is truly noir. I love it. It’s part of a sensational run of six ‘B’ crime pictures directed by Richard Fleischer in the late 40s and early 50s.

The main event is a knock down, drag out slug fest between two film noir heavyweights – the reptilian William Talman as the slimy criminal , and granite jawed Charles McGraw as the relentless copper.”

Eddie quotes his friend and fellow film historian Alan Rode: ”This is the equivalent of King Kong vs Godzilla “ – though the two guys never have any scenes together!

Eddie added: “I showed ‘Armored Car Robbery” at my first film noir festival 20 years ago, with its director Dick Fleischer as guest of honor. He hasn’t seen it since it wrapped post production in 1950, and was nervous about seeing it for the first time.”

I also love his description of one of my favourite actors, Charles McGraw:   ”The most distinctively gruff voice in the movies was strangled out of McGraw – it sounded like a fist was gripping his larynx whenever he deigned to utter dialogue!” 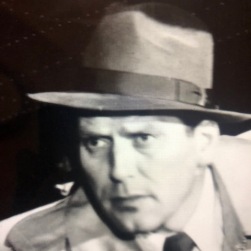 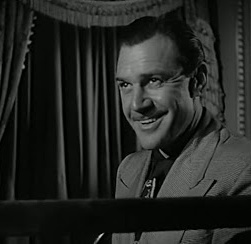 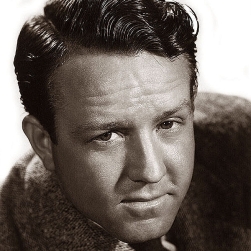 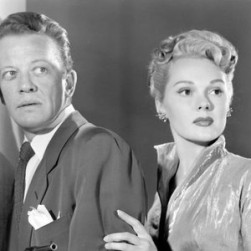 Eddie has also been doing a series which can be seen on You Tube called “ASK EDDIE” in which he answers questions from fans.
He admits that when these films were being made in the 1940s, they were called crime dramas.
So where did the name, FILM NOIR actually come from. The phrase was coined by two French writers, Raymond Borde and Etienne Chaumeton in their 1955 book, “Panorama du Film Noir.”

The authors argued that Film Noir was a new, darker ,less escapist tendency in Hollywood entertainment, that constituted a series of films closely related to a pulp fiction series in France  called ‘Serie Noire’. 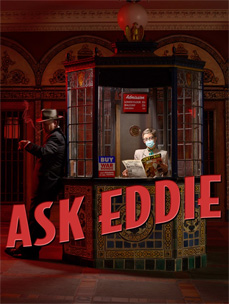 Other comments by Noir’s Czar:

“….If the director didn’t write it, he can’t really lay claim to authorship and shouldn’t be taking credit for things that are obviously conjured up by the writer.”

“…..The thing that makes train movies great, whether they are Noir or not, is the claustrophobia, and the fact it is moving, so it is relentless forward motion, and yet you are trapped on the train.    The great Noir on a train is THE TALL TARGET – based on a true story. Dick Powell plays an investigator called John F. Kennedy who thwarts an assassination attempt on Abraham Lincoln.” 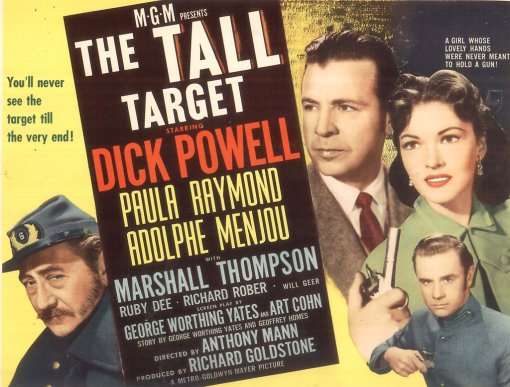 Eddie also finds time to do great audio commentaries  on dvds like FALLEN Angel, Crime Wave, The Big Combo,The Racket, Macao and many more.He has done about 30 commentaries but finds them very time consuming. Alias Nick Beal , which an Australian company is releasing, will be his last. 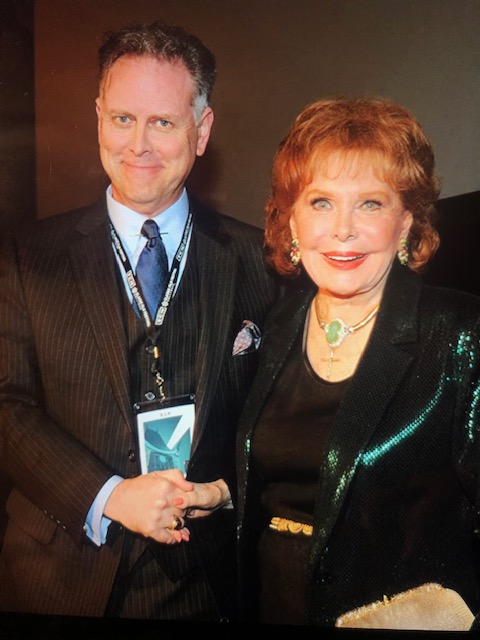 Eddie: ”I recorded these interviews with the actresses on a little mini cassette recorder.” ( fans have asked if the interviews could be released as audio recordings, perhaps on blu Ray releases.) 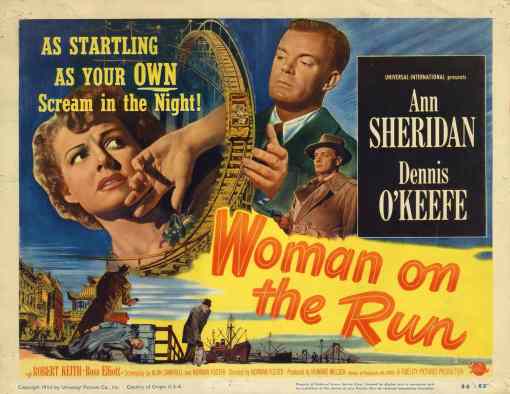 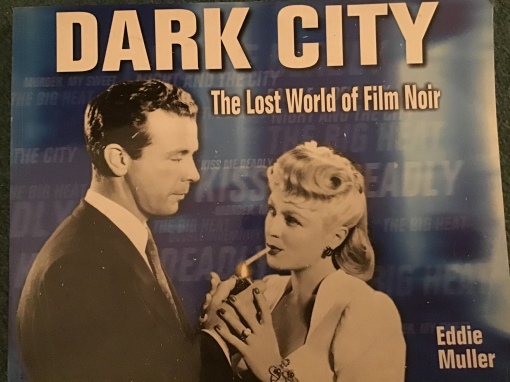 Eddie is bringing  out a new edition of  DARK CITY in June,2021 (Amazon,£22), with every chapter being revised, and three new added chapters with themes  like ‘Hate Street’, ‘The Precinct’ , ‘Shamus Flats’, ‘Vixenville.’, ‘The Stage  Door’ , ‘The Big House’. 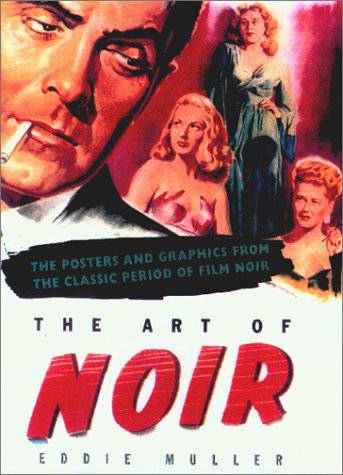 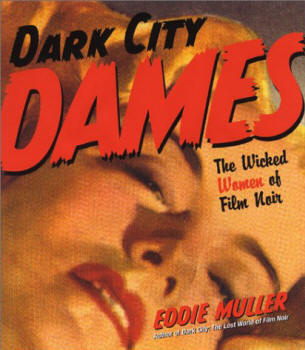 I did try to contact Mr. Muller. It would have been nice to have him run his eye over my copy and add or subtract anything . I’d like to have heard his views on writer  Cornell Woolrich whose books were made into films – “Black Angel”, “Deadline  at Dawn” and “Fear in the Night.”

I’m always hoping he might do a Noir City  Festival here in the U.K. Maybe one day.

In a radio interview in November 2020, he said, “Noir has never lost its bite.”

If you are already hooked, I know you will agree!

Great too to hear that Mickey Spillane thought that Ralph Meeker was the best Mike Hammer! (KISS ME DEADLY is terrific!)

And to quote Eddie at the end of his Noir Alley outings – “Till next time, see you in the shadows!”

Or out of the shadows when the vaccines kick in . Meanwhile stay safe and my thanks to everyone who has been reading  the blog – and commenting this year.