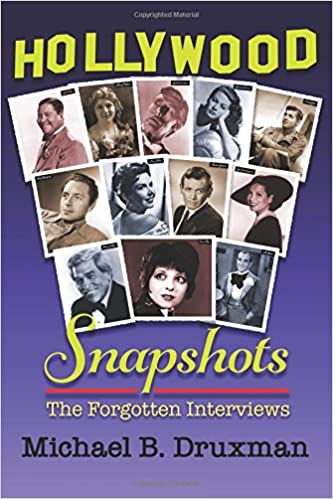 I often mention my regret that more Classic Hollywood talent, both before and behind the camera, weren’t interviewed in their later years when they had the time to reminisce and tell us more of what it was like in that golden period of the studio era.
So I was delighted to come across a 2017 publication called Hollywood Snapshots, The Forgotten Interviews by Michael B. Druxman .

Mr. Druxman worked in Hollywood for many years as a publicist and writer. In the 1970s, he contributed a monthly column to a magazine called Coronet. The column was called ‘Yesterday At the Movies’ , and this book contains some of his columns( mainly from 1974.)

One could only wish that they had been filmed.

Here are some excerpts :

Claire Trevor ( real name, Claire Wemlinger) made 22 ‘B’ pictures between 1933 and 1937. Even an Oscar nod as Bogart’s  ex- girlfriend in DEAD END didn’t help. Darryl Zanuck at Fox sent her back to the B’s.

On KEY LARGO, she said:

“I didn’t think that ‘Key Largo’ was that good. I’d seen the play and didn’t like it……But it was a happy cast, very relaxed. John Huston took his time, which drove Jack Warner  crazy.

Harry Lewis, who played ‘the kid killer’ wound up owning the Hamburger Hamlet restaurants.”  (Which he subsequently sold for millions of dollars.)

In those days every actress had a label. I didn’t want to be known as ‘The Ear’ or ‘The Toe’ .

I wanted to do The African Queen, The Yearling, A Street Car Named Desire, None But the Lonelyheart”. 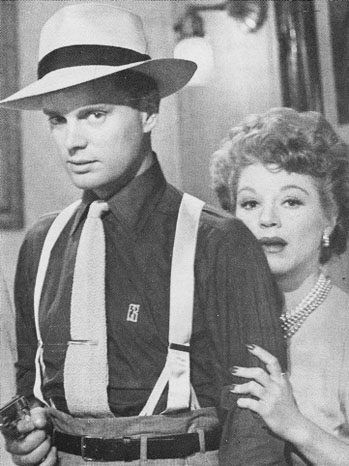 “When I first read the script for “Casablanca”, it was nothing like it turned out to be. In fact I considered it a melodrama of very little significance.

I loved working with  Bette Davis. She’s a perfectionist and more intelligent than many people you  work with.” 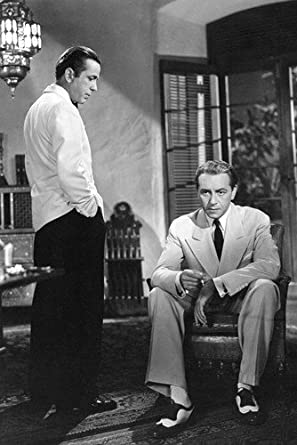 “I enjoy doing comedy. I did four movies with Bob Hope. I would come home from the set with my ribs aching from laughing.

Luise Rainer’s  role in “The Good  Earth”  is a part I wanted.

I’m proud I was part of that period. (The Hollywood Blacklist). People had to take a stand back then and I am glad my husband (Herbert Biberman)  and I had the courage to do so.

The real losers were the public. They were denied the talents of some truly great artists for nearly 20 years.” 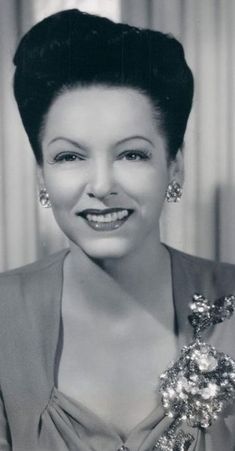 The author also provided excerpts from his 1975 book, “Play It Again, Sam”, on the subject of remakes. It was interesting to read that, on several occasions, the original writer and/or director did both films.

He spoke to  Stanley Rubin, producer of “Destry.”:

“Universal wanted to  redo ‘Destry Rides Again’ as a vehicle for Audie  Murphy who was under contract and was a good box office property. I wasn’t too excited about the project but the fact that George Marshall (director of the original film) was agreeable to come back and direct this new version was a major reason I decided to go ahead with it.

The studio insisted I use  a contract player in the Marlene Dietrich role. Mari Blanchard was the only girl on the lot who seemed to have any of the Dietrich quality that we wanted to recapture.” 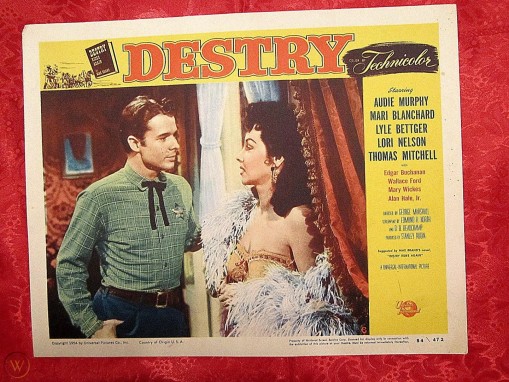 John  Lee Mahin  was the screenwriter of both Red Dust and Mogambo.

“Red Dust (1932) was based on a stage play by William Collison. The original gave me the bare beginnings of my screenplay. It was a heavy ,turgid drama, nothing like we finally wound up with.

Clark Gable was not the original choice for the leading role of ‘Dennis Carson’. John  Gilbert was supposed  to do that part until I saw Clark in ‘Night Nurse’ and suggested him for the role.

On doing the remake, Mahin said: “I was enthusiastic about the project. It gave me the opportunity to fix my mistakes; to polish what I had done on the first version. Actually, I think the story worked better in the new situation  (MOGAMBO was set in Africa, Red Dust, in Indochina.)

“I wouldn’t have done the remake without Gable.” 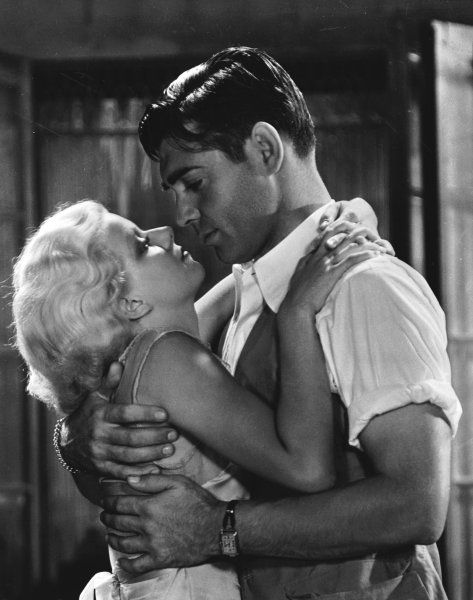 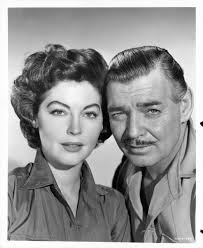 Claire Trevor: “It should never have been remade. The remake ‘missed the boat.’

John Carradine: “They deserved to lose their shirts on the remake. Nobody could have been better than John  Wayne, Berton Churchill, Thomas Mitchell or me.

Great classics should never be remade.” 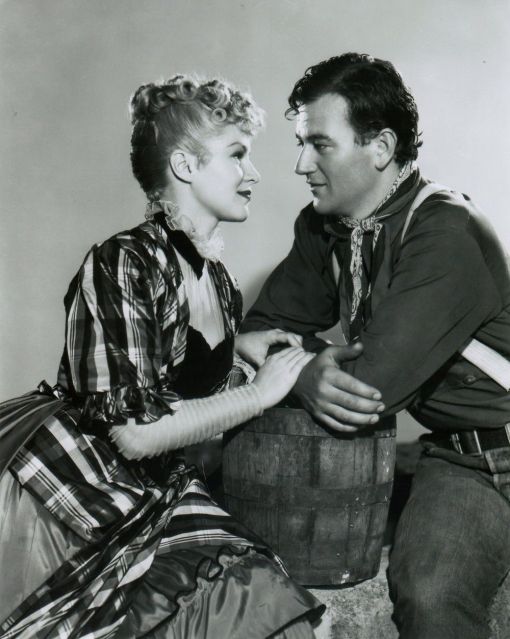 W.R.Burnett:  “There was no real factual basis for “High Sierra”, but it was inspired by John  Dillinger.
Paul Muni and George Raft both turned down the project, so we went with Humphrey Bogart, which was lucky for us.

Raoul Walsh:   “Warners needed  a picture to fill out their release schedule. I didn’t have a project I was interested in at the time and there were no scripts ‘on the shelf’ that I liked.
So I suggested we change ‘High Sierra’ to a western format. It was a relatively easy task and we found that we could shoot the picture very quickly.” 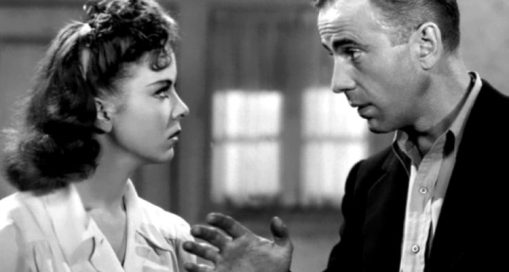 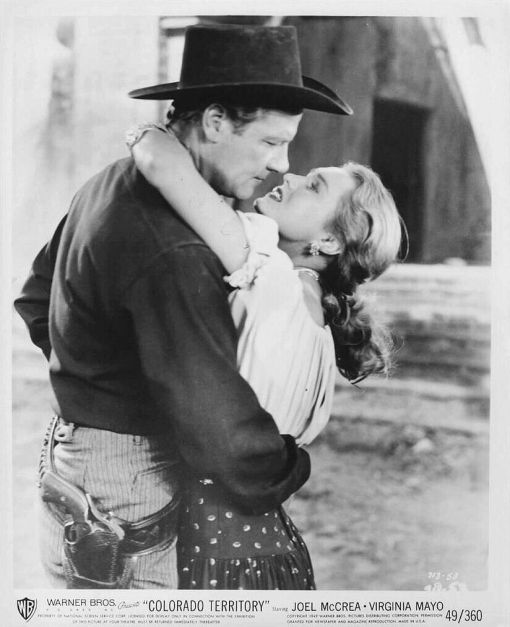 “The Sea Wolf was supposed to be a vehicle for Paul  Muni, but when he turned it down, we cast Edward G. Robinson as ‘Wolf Larsen’.

“Saul Elkins had a low budget production unit on the Warner lot, and it was his idea to turn ‘The Sea Wolf’ into a western. I was assigned to adapt the Robert Rossen script.

They ran the Robinson film for me, and then they announced that the project would be titled ‘Barricade.’  To this day, I have no idea what the title meant.”

Ruth Roman:  “I wasn’t aware that it was a remake at the time we made it.  Dane Clark really got shot in that film. He zigged when he should have zagged.”

Dane Clark:  “I was sick about it. It was an ugly experience, a ‘B’ picture. I had just come off suspension at the time and the studio assigned me this as punishment.” 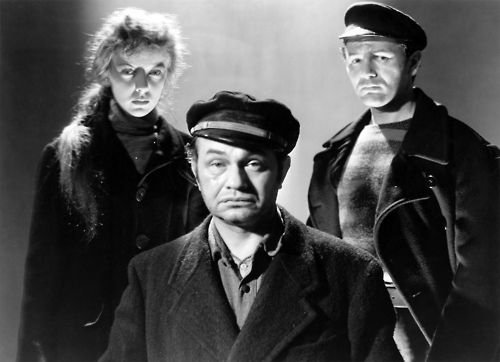 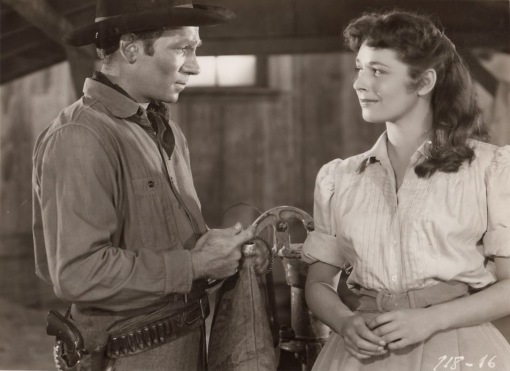