Universal pulled out all the stops in Marlene Dietrich’s follow-up film to her very successful DESTRY RIDES AGAIN.

A South Seas setting, a large cast and a wardrobe to die for!

Seven Sinners (1940) is an action/ adventure designed to entertain- which it does extremely well.
The film belongs to Marlene as a cafe entertainer called Bijou who is continually being deported from South Sea islands for causing riots.

Also deported are Bijou’s two followers, Broderick Crawford as ‘Little Ned’ who designates himself as her bodyguard, continually shouting ‘Gang way!’ whenever  he is accompanying her.
Mischa Auer plays a magician/pickpocket who also works at the Seven Sinners cafe where Bijou sings.

Bijou is happy to get back to the island  and to the Seven Sinners cafe where she has performed before.

Oscar Homolka is suitably threatening as an admirer of Bijou .

Albert Dekker has only a few scenes at the beginning and end of the movie. I liked him and wish he’d had a larger part. 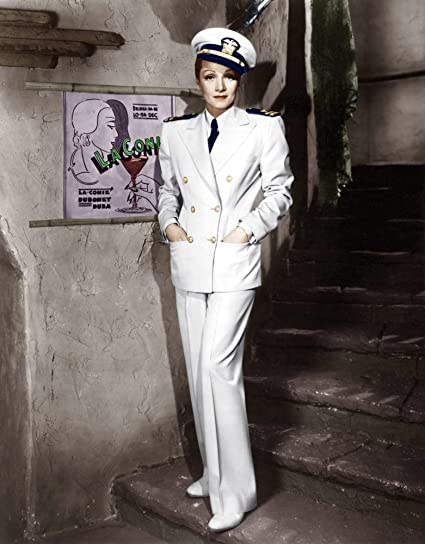 Marlene in a stunning outfit for her song, ‘The Man’s in the Navy’. 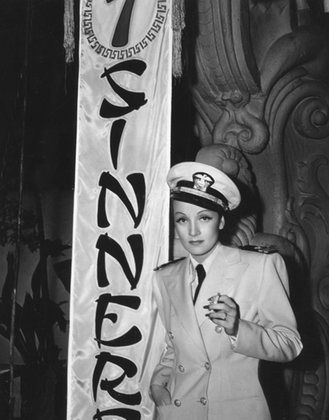 On board the ship, Marlene does a lovely version of ‘I Can’t Give You Anything But Love, Baby.’

Anna Lee has a small part as the daughter of the island’s governor.

The actor, far left, has his eye on the camera instead of Marlene !

Some wonderful stunt  work in the final cafe brawl which must be one of the longest on record.

I was surprised that there was no conventional happy ending ie Bijou and Dan had declared their love , but in the end, Bijou is seen getting on to another ship while Dan pursues his naval career ( after all he is the son of an admiral).
Though there is some hope Bijou will  find happiness with the ship’s doctor.(Albert Dekker). ( It’s the same ship she arrived in – conveniently).

One 1940 review of the film damned with faint praise:

“The picture is well played and its rather rowdy combination of comedy, romantic and action sequences should appeal to audiences who like their entertainment forthright, if not significant.” 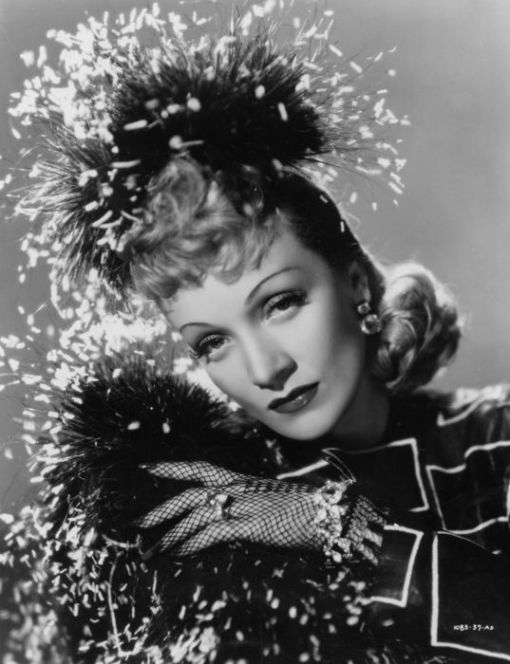 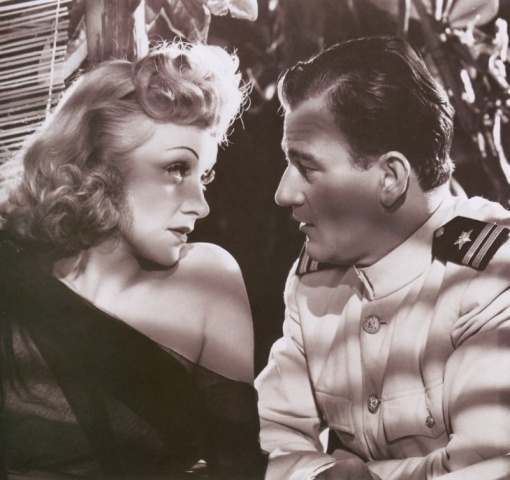 This was the first of three films Marlene made with John Wayne , the others being PITTSBURGH and THE SPOILERS. In each of them, Marlene had top billing.

In this one Wayne is Dan ,the unlikely scion of a naval family and is persuaded marriage to Bijou would be a mistake.

THE TAVERN OF THE SEVEN SINS.

Seven Sinners is one of the four Universal films in the new Blu-Ray set from the British Film Institute , just issued this month. The others are THE FLAME OF NEW ORLEANS, THE SPOILERS, PITTSBURGH.

There is an accompanying 56 page booklet about the films.

This was my first viewing of “Seven Sinners” and I thoroughly enjoyed it.