………Back in the day actors, if they were lucky,  got an apprenticeship  before stardom.

I recently saw Ginger Rogers in a 1931 film, Honor Among Lovers which starred Claudette Colbert and Fredric March. A black haired Ginger was almost unrecognisable and she had at best two lines of dialogue as the dumb blonde( brunette) girlfriend of Charlie Ruggles.
She was 20 at the time and would make 17 more films in the next two years before partnering Fred Astaire in FLYING DOWN TO RIO.

The Ginger we know.

……….I enjoyed  Honor Among Lovers . Claudette Colbert and Fredric March costarred four times in the early 1930s and worked very well together. Their other films were MANSLAUGHTER (1930), SIGN OF THE CROSS (1932) and TONIGHT IS OURS (1933). 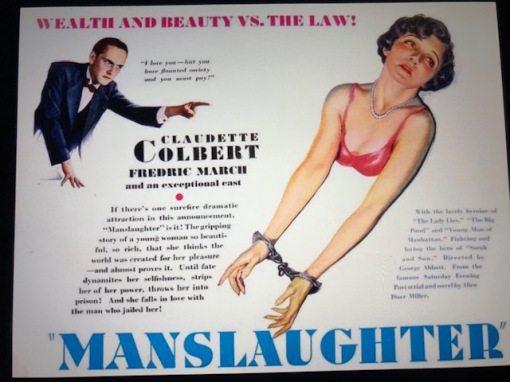 Would love to see “Manslaughter” and “Tonight Is Ours”. Interesting  to read that “Tonight is Ours” is based on  a Ruritarain romance by Noel Coward.

……………Eugene Robert Richee (1896-1972) was a photographer who headed Paramount’s portrait studio and was at that studio for 20 years from 1921. He also worked at Warners and MGM.
He was the first to photograph  Veronica Lake and her blonde tresses in I Wanted Wings (1940).

Here are a few of his photographs.

The famous 1928 portrait of Louise Brooks, wearing the long string  of pearls in stark black and white. 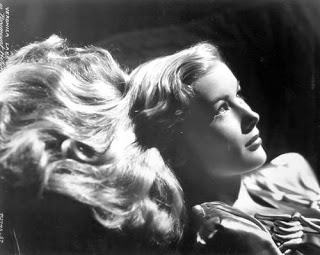 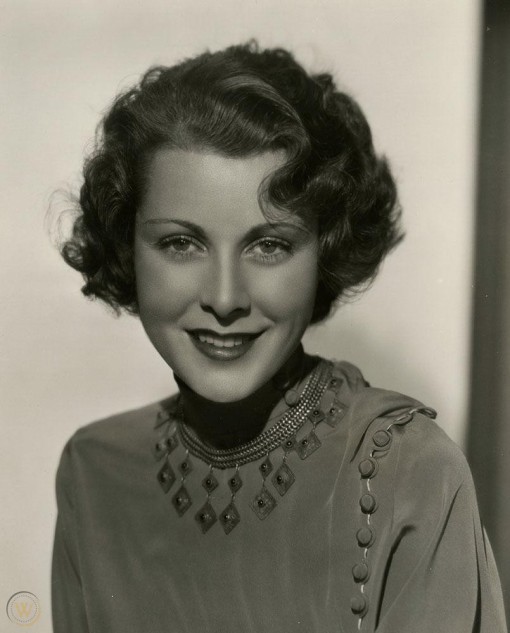 ………….RIPPED FROM THE HEADLINES!

Fictional newspaper headlines always looked good when splashed across a screen. Must have been fun writing these pages.

Joan Bennett , Woman in the Window.

Cagney as the gangster who goes crazy and reaches the top.WHITE HEAT.

Not a newspaper but done in the tabloid style for the press book of The Hoodlum. (Would love to see some of these press books.)

………….A page from the press book for ”Dark City”. Cinema managers are given ideas on how to exploit  the film – simplest displays are giant blow-ups of stills. ( boy, would we like to own some of these!);  Charlton Heston, Hal B. Wallis’s new discovery, is ‘the key exploitation figure.’
I love how this page reveals who Heston has the final fight with! Mike Mazurki is never seen for most of the film.

It is suggested exhibitors have a midnight premiere to tie in with the film’s title.

Dark City‘s plot is centred around a gambling den.

Best of all is the suggestion that there could be a roundup of gambling equipment for a lobby display – roulette wheel, slot machines – the Police dept.  might cooperate in working up such a display!  (From gambling equipment they have confiscated??)

………..Warners to film Forester novel: Warner Brothers have bought the screen rights to C.S. Forester’s novel, The African Queen, a story of adventure and romance on an African river boat, which will be a co-starring vehicle for Ida Lupino and Paul Henreid.
Production is planned for late summer.