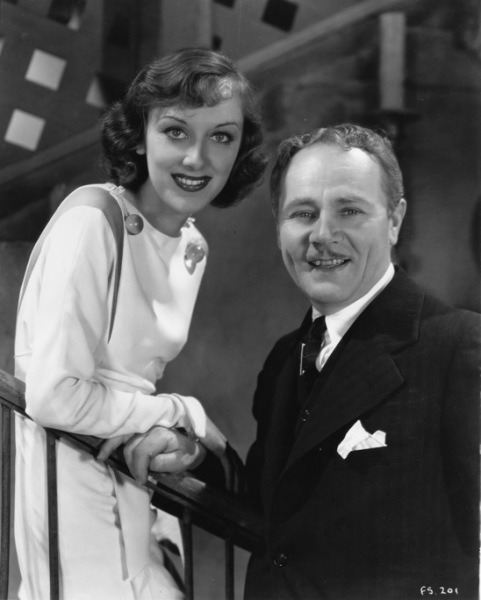 What  an enjoyable little comedy from Warners in 1934. Charlie Ruggles is the star, playing ‘Asaph’, a mild mannered writer on a political magazine,’The Balance’.

Ann Dvorak is ‘Beulah’, his secretary who has a secret crush on him. Despite the fact that Charlie  Ruggles is aged 48 at the time of the film,  Charlie always looked far older. Here he looks as if he could be Ann Dvorak’s father.
That aside, I’ve always liked Mr. Ruggles and he is ideally cast as someone whom life seems to have passed him by.

Near the beginning of the film, Asaph goes to a lunch counter which is busy. His order is completely ignored by the waiter who shouts at him . Asaph finally gets up and leaves.

His boss (played by Berton  Churchill) badgers Asaph into writing  a favourable piece  on a corrupt politician.

When an old college friend ( Eugene Pallette as ‘Wynn) arrives in town, he reminds Asaph what their lives used to be like. Asaph finally asks Ruth out and they go on the town.

Getting braver by the minute, Asaph (now ‘Ace) gets them into a private casino by saying they are ‘friends of Mr. Sweeney’. Nobody knows who Mr. Sweeney is but it is reckoned he must be Somebody!

’Ace’ stands up to his boss and gets the girl too.

Robert Barrat is funny as a Russian friend of  Beulah’s. 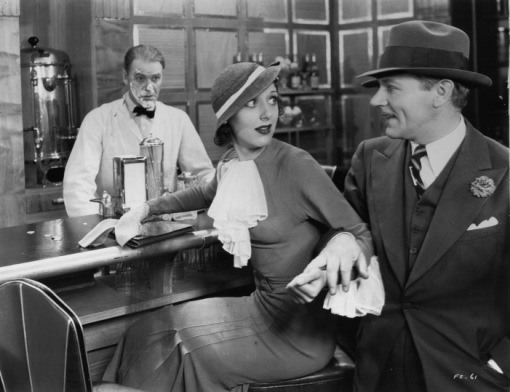 Final scene of the film.  ‘Ace’ gets his own back on the counter assistant who was rude to him at the start of the film.

Ann Dvorak shows yet again that she should have been a bigger star.

I’d love a dvd of this film. My copy had poor sound unfortunately.