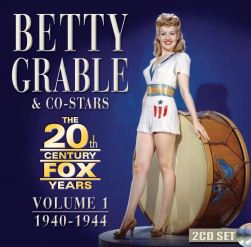 Further to my post of 18/3/21 (“The Fox Blondes.) regarding the release of these 2 CD sets of Betty Grable and Alice Faye, I’ve now had a chance to listen  to them, courtesy of Richard Tay of Sepia Records in London.

There is just so much to listen to – around 60 tracks for each set – including many of Betty and Alice’s co-stars .

The terrific numbers are by some of the best songsmiths  in Hollywood – HarryWarren/Mack Gordon; Irving Berlin; Ralph Grainger/Leo Robin. 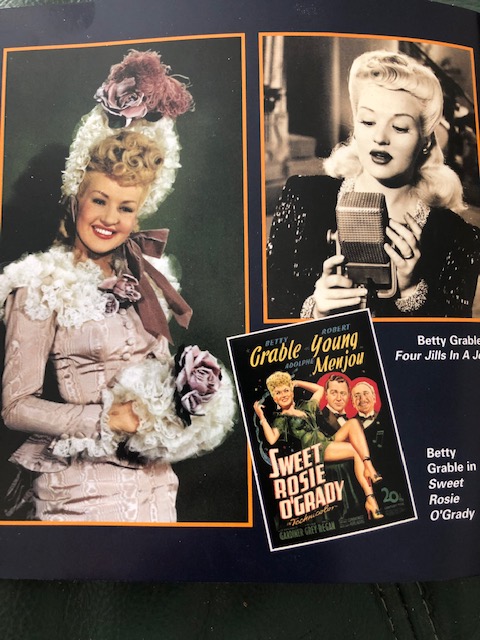 Back cover of Betty Grable set.

There’s a great version of “Are You Kiddin’ by Betty ,followed by a superb orchestral arrangement of the song , with the Fox studio orchestra .

I could listen indefinitely to Harry James’ trumpet in ‘You Made Me Love You’ ( by James V. Monaco and Joe McCarthy).

’Down Argentine Way’  is another catchy number by Betty.
Jack Haley and Charlotte Greenwood duet on ‘Is That Good’.

I don’t know why Jack Haley was dubbed by Buddy Clark in WAKE UP AND LIVE, but Clark does well with ‘Never in a Million Years’ – which became one of Alice’s biggest hits when she recorded it on the Brunswick  label. ( heaven knows why she didn’t sing it in the movie.)

We also hear a version  of ‘Never in a Million Years ‘ by Ann Sothern and Don Ameche from ‘ Fifty Roads to Town’. ( Would love to see this film.)

One of my favourites is Betty’s ‘My Heart Tells Me’ from SWEET ROSIE O’GRADY.

Good too to hear Betty’s song , cut from I WAKE UP SCREAMING – ‘Daddy.’ ( this number can be seen on You Tube.) 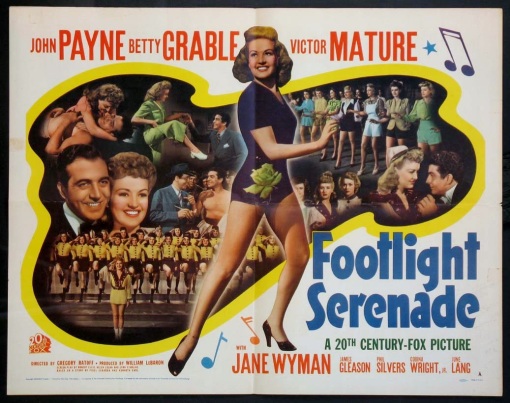 Not featured on Alice’s set – ALEXANDER’S RAGTIME BAND and ROSE OF WASHINGTON  SQUARE , as their soundtracks have been featured in previous recordings.

Back cover of Alice Faye set. 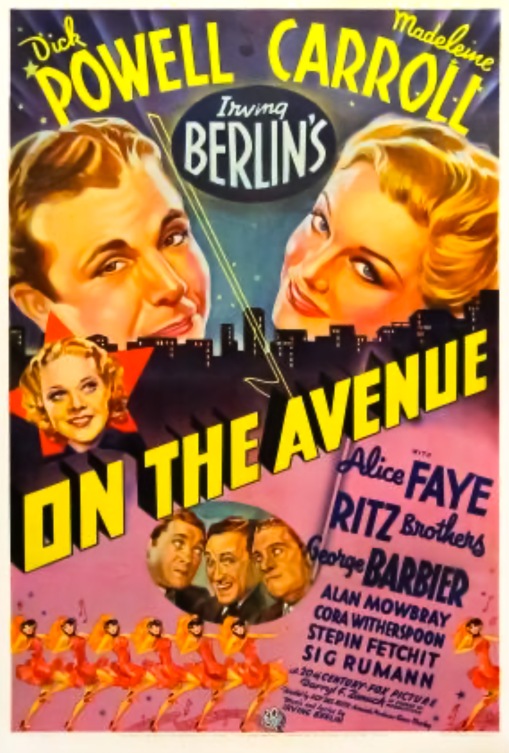 Irving Berlin wrote some dazzlers for ON THE AVENUE, and they are all featured  – Alice and Dick Powell doing ‘I’ve Got My Love to Keep Me Warm’ – Alice’s ‘This Year’s Kisses’, ‘He Ain’t  Got  Rhythm’ and ‘Slumming On Park Avenue’.

Another rarety is a song cut from one of Alice’s few non-musicals, BARRICADE, called ‘There’ll be Other Nights’. (This film is rarely seen. I saw it many moons ago but don’t recall anything about it, except Alice and Warner Baxter were a surprising combination.)

‘You Turned the Tables on Me’, from SING BABY SING.

Love this number, ‘Slumming on Park Avenue’ from ON THE AVENUE.
Cries out for colour.

‘There’s a Lull in My Life’ from WAKE UP AND LIVE.

Hopefully, the planned  Volume two for Alice and Betty will go ahead, covering later years for both singers.

Thanks are due to Bryan Cooper who produced the CDs and provides informative liner notes, and sound engineer Robin Cherry for remastering these rare recordings for Sepia.

This is a bumper crop of magical musical moments. I just want to watch every one of the Faye and Grable musicals  again!