Universal Studios wanted  a series for Chaney who had done several horror films in the early 1940s – The Wolf Man, Son of  Dracula – though the Inner Sanctum stories were more mystery than horror.

Universal didn’t use any of the book or radio plots and made    the 6 films in the series over a 17 month period from 1943 to 1945. Unlike other series such as The Saint or The Falcon (with the same leading character), Lon Chaney played a different character in each of the 6 films. 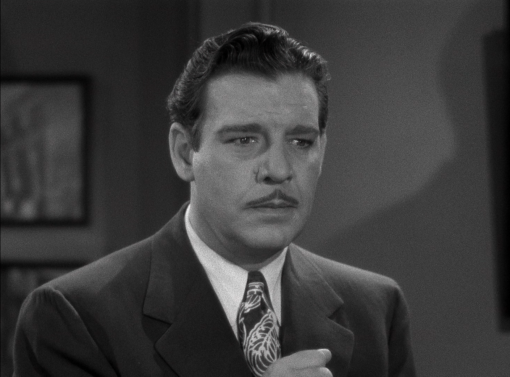 One of the series’ themes is voice-over stream of consciousness by Chaney. We hear his thoughts : “Why is this happening to me….”    “I’ll never paint again”……. “I mustn’t burden her with my troubles”…… “Tragedy is determined to follow me wherever I go.”

(I told you Chaney had permanent worried look through the films!)

The poor man loses his memory, his sight, his mind – and his wife (twice!)

Still, after he decapitates J.Carrol Naish in STRANGE  CONFESSION, his lawyer says to  Brenda Joyce:

“Dont  worry, he’ll be alright. I’ll do everything  I can for him!”

Each film, except for the last one, have the same introduction – a man’s head floating around in a fish bowl talking about monsters and murder! 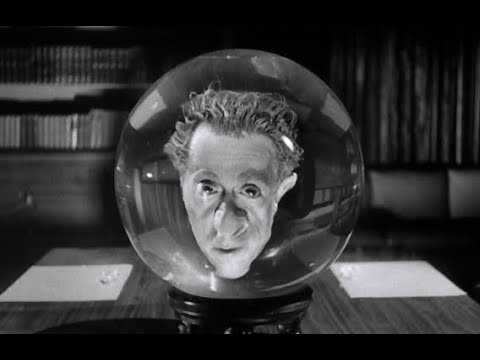 The head and voice belongs to actor David Hoffman.

“There’s something about your smile that makes me think of Jack the Ripper!”

Lon  has the same moustache in each film. 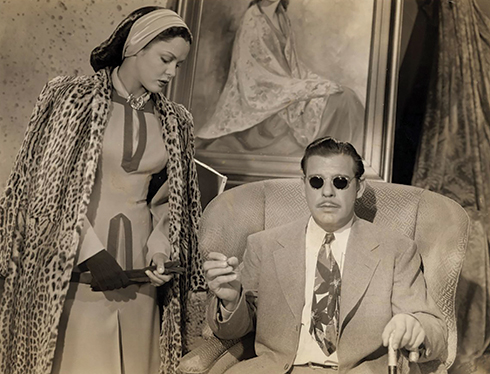 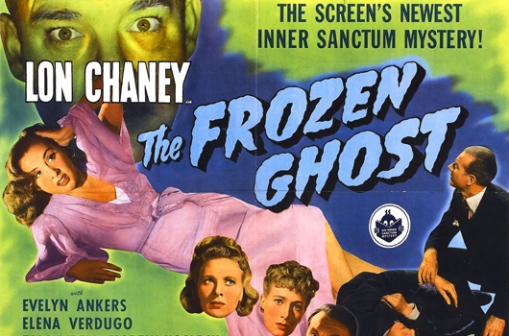 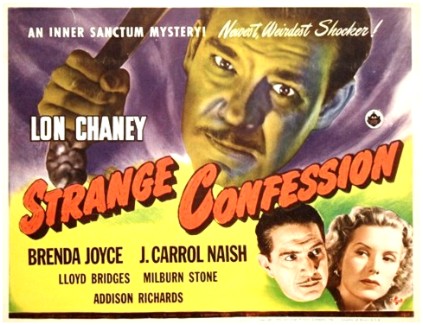 Nice to see Rosalind Ivan  in PILLOW OF DEATH, playing against type. She lives with her relatives in an old dark house. She describes herself – “I’m just a poor relative from England.”
Unlike her usual shrewish roles, Rosalind plays a cheerful lady who cooks for the family and accepts her lot in life.

The series is well worth a look if only for the casts. Just a pity we couldn’t have had a different leading man in  each film. The villains are often unexpected.
I expect the films happily played the second part of a double bill and were popular with 1940s audiences.

(There was a 1948 film with the title, INNER SANCTUM, starring Mary Beth Hughes. A good mystery akin to a “ Twilight Zone” episode. ) .