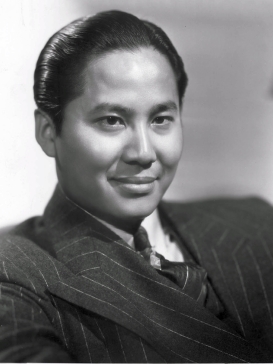 His film career was launched and he became one of the few Asian Americans not to be typecast in villain roles. His fresh looks, charm and all-American persona helped him avoid the stereotypical roles available at the time.
He was soon cast in the CHARLIE CHAN films .

As Charlie Chan’s Number One son ‘Lee’,  Keye was a happy-go-lucky typical American youngster and he played the part in 8 films – till he was past 30!  He provided a nice contrast to the stoic Mr. Chan. Father and son couldn’t have been more different.

Charlie Chan  creator, Earl Derr Biggars, said he had never seen an amiable Chinese character on the side of law and order, so he wrote about Chan, a Honolulu detective in a series of novels. 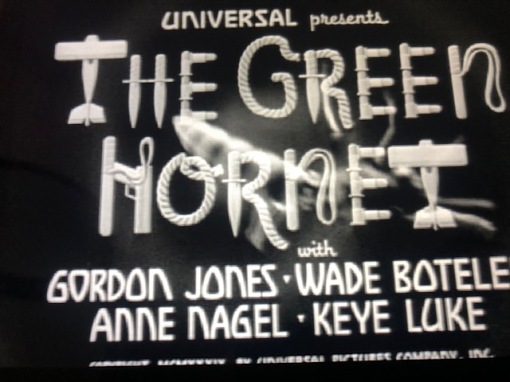 The letters in the title show a rope, dagger,plane, bullet and pistol!

In 1940, Keye got the role of Kato, the valet/sidekick/driver of THE GREEN HORNET , a 13 parter serial based on the popular radio series . The Hornet (aka newspaper publisher ‘Britt Reid) was played by Gordon Jones.
Having watched some of the serial on YouTube , and the follow up in 1941,  THE GREEN HORNET STRIKES AGAIN, I preferred Warren Hull who took over the role . (Jones just didn’t come over as an action hero.)
Keye ,as Kato, had a slight accent , as Kato was Korean. Kato is also an inventor and devises a stun gun that immobilises the bad guys. The stun gun was ‘the Hornet’s sting!’

And Kato’s karate chop on the villains was always effective. 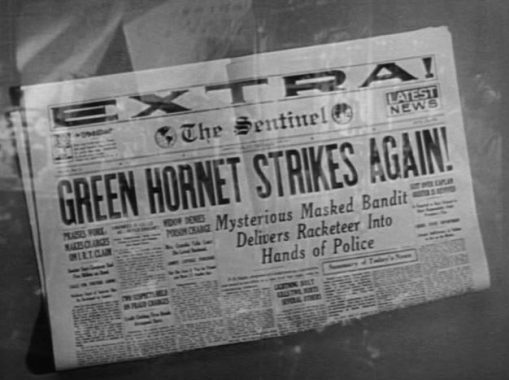 I spotted Alan Ladd in the cast as a trainee pilot saved by the Hornet. Also seen briefly were Anne Gwynne, Ann Doran.

Watching The Green Hornet for the first time, I was aware that whenever Britt Reid dons the Hornet mask, his voice changed. I found out that the Green Hornet copyright owners insisted on using the voice of the radio actor who played the Hornet (Al Hodge). Apparently they thought radio listeners would be more familiar with Hodge’s voice.
I must admit Hodge did have a more authoritative tone than Gordon Jones. )

Dialogue quote: one gangster gets his instructions:

“Cover him every minute till he’s left town.” 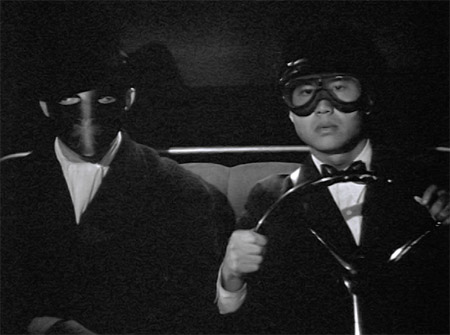 Keye  Luke (‘Kato’) and Gordon Jones as ‘The Green Hornet”.

I love how the serial uses the classical music, ‘The Flight of the Bumble Bee’ throughout. And the Hornet’s  souped  up car has the sound of a buzzing hornet!

Unlike many of the other super heroes, the Hornet’s outfit is decidedly unglamorous- a  black hat, the mask, a white scarf and dark coat. 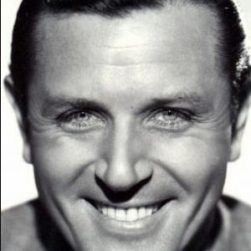 Still able to take on painting assignments  between films, Keye did several large murals for THE SHANGHAI GESTURE (1941). 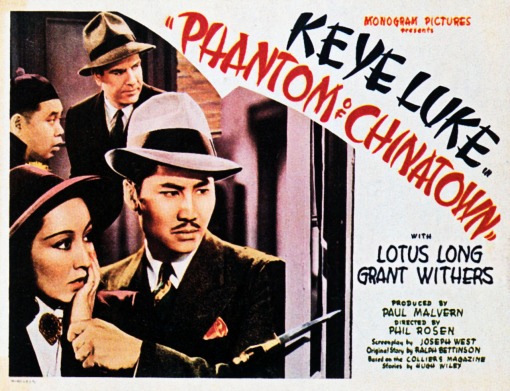 A starring role at last, though in a minor ‘B’ picture. Keye and Grant Withers made a good team in a Murder mystery.

Keye and Swedish born Warner Oland were close friends and Keye loved working with Oland who died in 1938.  Oland made 16 Chan movies from 1931 to 1937.
(Twentieth Century  Fox did another 11 Chans, with Sidney Toler in the lead.)

And then Monogram took over the rights and did 6 more ,with Roland Winter. Keye returned for the final two in 1947/48. At that time, when Keye was in his 40s, he was still playing the Number One son, though he was older than Roland Winter playing his father!

In a 1990 interview in FilmFax magazine, Keye said that CHARLIE CHAN AT THE OPERA (1936) was his favourite Charlie Chan  picture……… “I adored Boris Karloff. He was one of my heroes.”

Keye thought that Warner Oland gave a faithful portrayal of a Mandarin scholar. 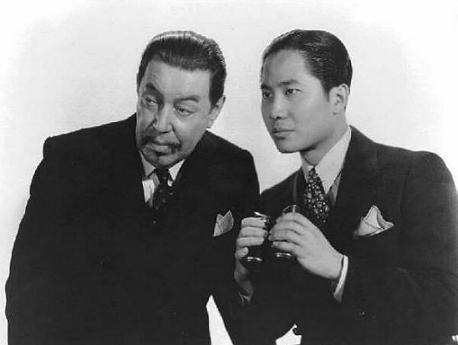 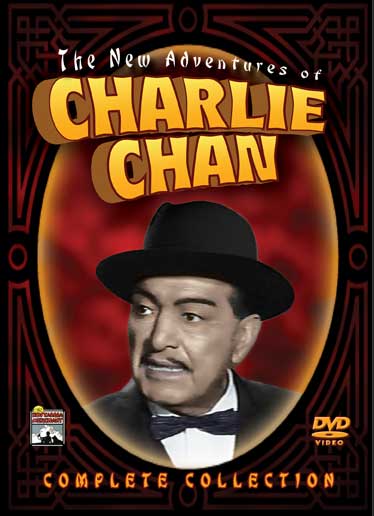 Charlie Chan was obviously a popular character and in the 1950s J. Carrol Naish played Chan on TV for 39 episodes. This series was made in England.

KING KONG press book, which Keye worked on.
He  also did much of the artwork for the press books for STRANGE  INTERLUDE and LITTLE WOMEN.

Interviewed for the book, “Conversations with Classic Film Stars”, Keye commented, “I helped on some of the original murals in Graumans Chinese Theatre, and drew the art for the KING KONG press book in 1933.”

Keye was only his 20s when he received a commission to paint the ceiling mural at Grauman’s  Chinese Theatre. 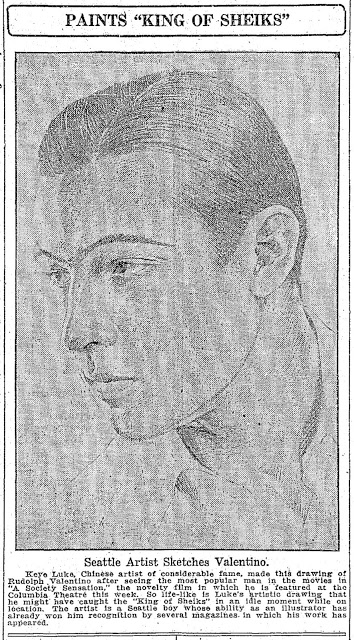 Keye’s sketch of Rudolph Valentino in the 1920s. Keye is described as

“a Seattle boy whose ability as an illustrator has already won him recognition by several magazines in which his work has appeared.”

Even after Keye was very active in films, his love of painting never left him. The above painting was signed to Louella Parsons whom he worked with. 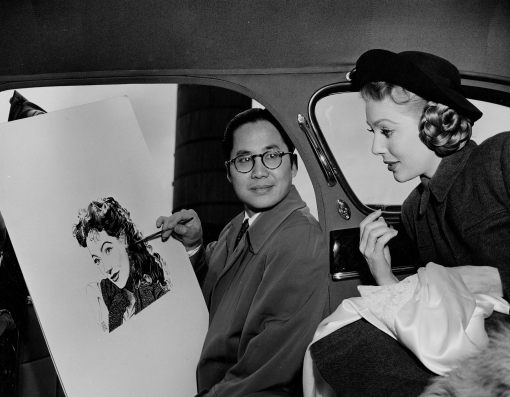 Keye ,showing Loretta Young his portrait of her. (Loretta in costume for THE FARMER’S DAUGHTER. (1947).

Keye starred with Samantha Eggar and Yul  Brynner in the short lived TV version of THE KING AND I (1972).
He also played in the Broadway musical, FLOWER DRUM SONG in 1958-1960 (directed by Gene Kelly.)

He appeared in many TV shows, including STAR TREK, GOLDEN GIRLS, MASH.

Keye was a founding member of The Screen Actors Guild. He did play a villain in ACROSS THE PACIFIC, as a Japanese spy.

Keye joked, “ Of course, Humphrey Bogart found me out and threw me overboard!”

Keye Luke deserves a full biography. He led a full and interesting life and never stopped working. A pity too he didn’t attempt to write his own story.

The Margaret Herrick lIbrary in Los Angeles has Keye Luke’s papers, donated by his granddaughter. Like so many other archives, they are not available online.

This interview was done at the time of the TV series, “Anna and the King”.