In an all-star cast, Clifton Webb plays the owner of Gifford Motors who needs a new general manager. He brings three candidates to his headquarters in New York – along with their wives . It’s Gifford’s reckoning that the right wife is very important to his choice.
So the three couples arrive from out of town – Dallas, Philadelphia and Kansas City.

Elliot Reid  plays Clifton Webb’s nephew who ferries the wives around New York so they can take in the sights. 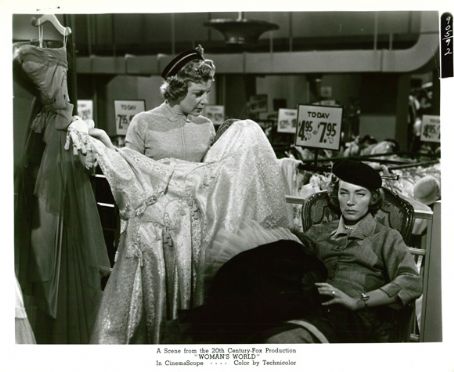 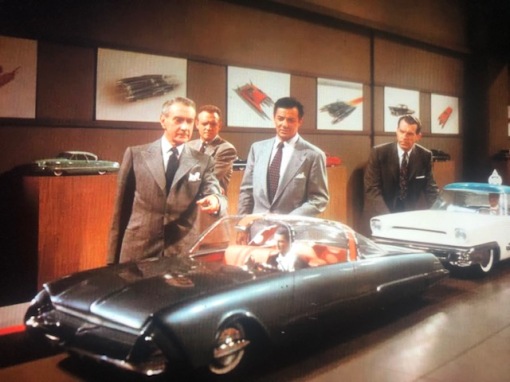 The boys get to see what’s coming down the line in the new designs.( all from the Ford motor company.)

Fred has an ulcer but he still wants the top job.

Lauren agrees to support Fred , though she wants a divorce.

Arlene wants the job as much as Van, if not more.

And Arlene is willing to be very grateful to Clifton if her husband gets the job.

The film is an easy watch, with so many stars in it. There are sufficient contrast between the three couples, but, personally, I thought Van Heflin and Arlene Dahl were the most interesting duo.

She was born in London but came to America and debuted on Broadway in 1917. She acted on stage with Edward G. Robinson,Leslie Howard , Laurence Olivier, Charles Boyer .

Margalo and Clifton Webb played husband and wife in a 1951  picture called ELOPEMENT.  She also played Grace Kelly’s mother in HIGH SOCIETY. She only made about a dozen films, her last being THE TROUBLE  WITH ANGELS.

Jean Negulesco (1900-1993) had given Twentieth Century Fox two winners previously, with HOW TO MARRY A MILLIONAIRE and THREE COINS IN THE FOUNTAIN.

The Romanian born director came to America in 1927 but didn’t make his first feature till 1944 (MASK OF DEMETRIOS). His other films include HUMORESQUE, ROAD HOUSE, JOHNNY  BELINDA.

Theme song from the film.

WOMEN RULE THE WORLD. The men are only puppets in this French poster!

The film was based on a McCalls’ magazine story called “MAY THE BEST WIFE WIN.”