For anyone not familiar with this wonderful actress, this book provides all you need to know about Kay’s films, her private life and her untimely death from cancer at the age of 32 in 1959.

Kay Kendall, born Justine Kay Kendall McCarthy, was tall, elegant, uninhibited, a wonderful comedienne. If she had been in Hollywood in an earlier era , there’s no doubt she would have been in the same class as Carole Lombard or Rosalind Russell – and getting film roles worthy of her.
But it took filmland quite a while to realise what a star Kay was. She had a very long apprenticeship starting in 1944 in a few bit parts in between modelling and stage work . Seeing her later films, it seems unfathomable that no one spotted her unique talent for nearly a decade.

But then she sprung on the film world as the zany trumpet playing girlfriend of Kenneth More in “Genevieve “. And sadly, she only made about ten more films before her death. 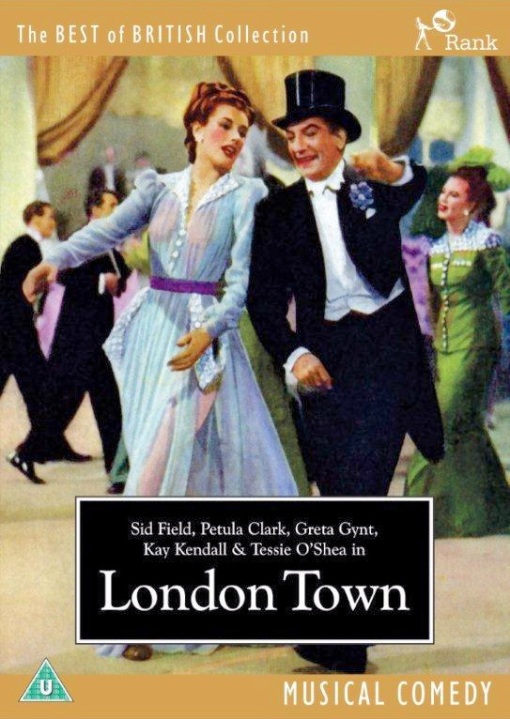 Under contract to Rank, they dubbed Kay, “Britain’s Lana Turner” but did nothing to find good roles for her. She was only 19 when she appeared in LONDON TOWN which, unfortunately, flopped. 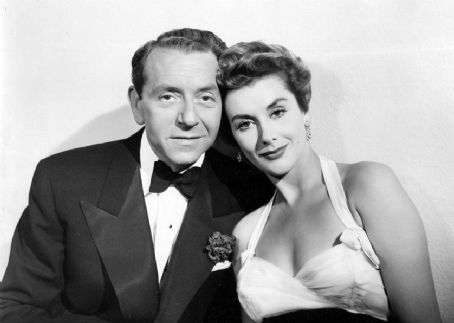 Another small role as Paul Henreid’ secretary in MAN TRAP. She was also Cesar Romero’s secretary in HAPPY GO LOVELY. (Films made in the U.K. ) 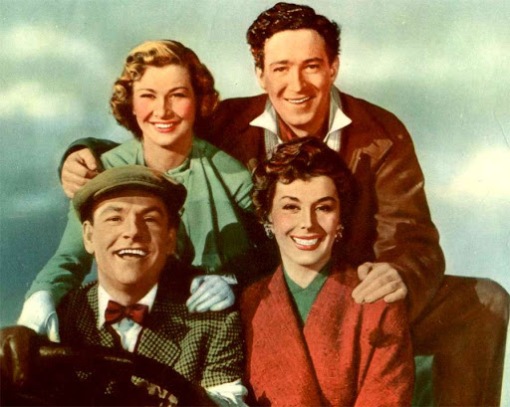 Michael Balfour  looks on as Kay surprises everyone with her trumpet solo. (Kenny Baker’s playing). 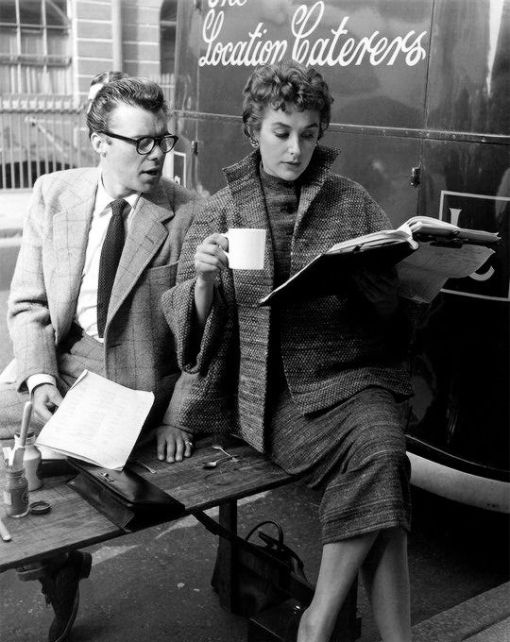 On location with Dirk Bogarde (who became a close friend) for DOCTOR IN THE HOUSE.

Kay and Peter Finch play a feuding husband and wife acting team, pretending to be a happy family for a television show. Kay and Peter were excellent , as was Ian Carmichael  as the hapless TV producer.

(Wikipedia lists “Simon and Laura” as a drama!)

Kay played opposite Robert Taylor in THE ADVENTURES OF QUENTIN DURWARD, playing a French noblewoman  to Taylor’s Scottish knight!

And still no one in America called out to her. Having met Rex Harrison while filming THE CONSTANT HUSBAND (1955), Kay and Rex began an affair. She followed him to New York when he starred in MY FAIR LADY. They married in  1957 , after Rex amicably divorced Lilli Palmer.
Rex had discovered that year that Kay had leukaemia and might only live another two years. Without consulting Kay , or her family, he decided she would not be told.
And yet during the following two years , it became obvious several people knew about the diagnosis. Including perhaps Kay.

The Reluctant Debutante was shot in Paris in 1958. Kay tired quickly during filming. 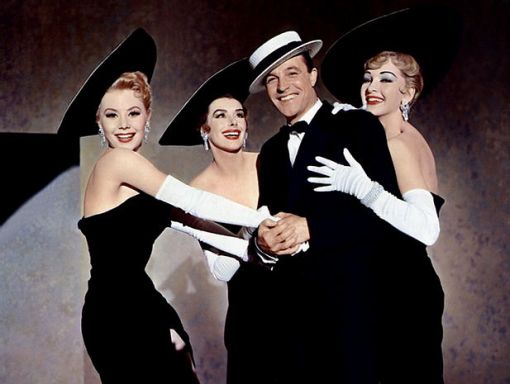 Kay got a chance in a big Hollywood musical, LES GIRLS (1957) and held her own with Gene Kelly, Tania Elg, Mitzi Gaynor. 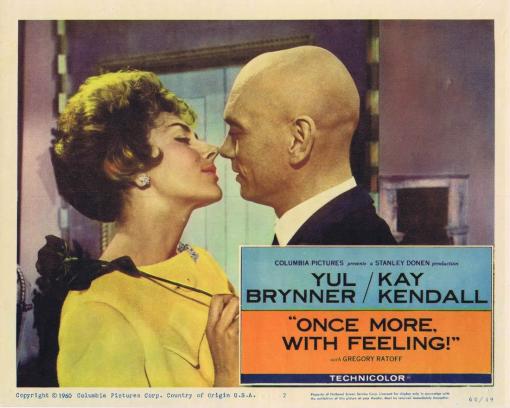 Kay’s last film released in 1960, ONCE MORE WITH FEELING.

Stage appearances I’d love to have seen Kay in – as ‘Eliza’ in  a touring company of PYGMALION.

After Rex Harrison and Lilli Palmer had starred in BELL BOOK AND CANDLE in London, Kay toured in it with Robert Flemying. 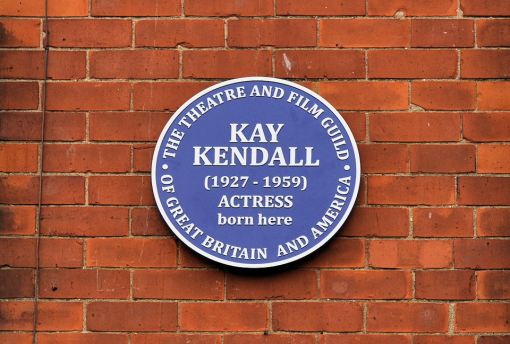 This plaque, unveiled by Kim Kendall Campbell in 2014, was placed outside the house in Withernsea ,near Hull in Yorkshire where Kay was born.

Kay and Gene Kelly Perform “You’re Just Too Too” from LES GIRLS.

Once described as “A lanky beauty of thoroughbred features”, Kay Kendall shone brightly in the few films which gave her the chance to show her enormous talent.