The author of “Cecil B. DeMille’s Hollywood (2004, University Press of Kentucky), Robert S. Birchard, had seen every available film made by the king of spectacle. (Mr. Birchard died in 2016.)

The majority of DeMille’s 52 silent films and all his 18 sound  films survive. ( I was amazed to realise that the famed director had only made 18 films in the sound era.)

The book’s format discusses each DeMille film  from a production point of view, with Paramount allowing the director to be an independent in- house producer/director.

So, for each film, from The Squaw Man to The Ten Commandments, we get some fascinating insights into the film making process, DeMille style. 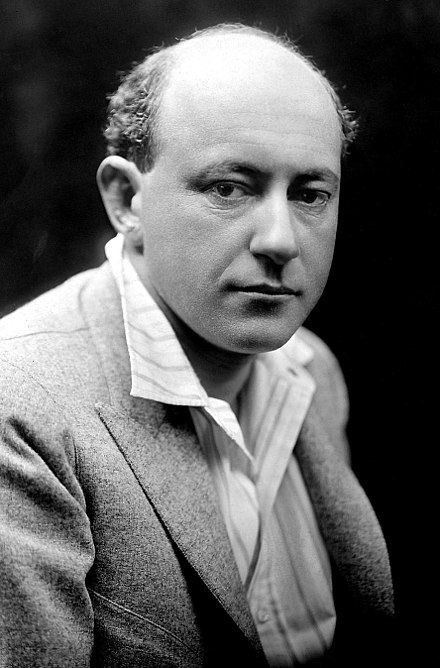 I confess to skipping over the silent film chapters and will quote exclusively from the sound film comments.

……Fredric March was on loan to MGM for SMILIN’ THROUGH and shooting was delayed for a week.
……..Claudette Colbert was paid $15,000 for her role of ‘Poppaea’.

The film had 15 sets and locations and thousands of extras. The total cost for the epic was $700,000.

In contrast, Ernst Lubitsch spent over a million dollars on the four character ONE HOUR  WITH YOU. 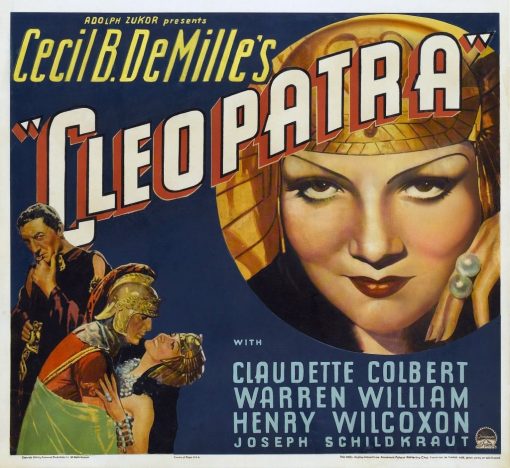 ……..DeMille said to a colleague: “Don’t faint. Do you think Adolph Menjou could play Julius Caesar?” (He settled on Warren William).

……..It’s always interesting to hear who was considered for different roles in a film.
For the part of ‘Marc Anthony’, DeMille considered Richard Dix, Charles Bickford. He offered William Gargan a test. But he liked Henry Wilcoxon.

DeMille had a habit of getting his secretaries to take notes of ideas he had and then remind him later. One note said,  “C.B., you want to talk to Wilcoxon about ‘abandon’ – so he will lose some of that British reserve .”

The minute detail of daily production costs and delays – “84 minutes lost owing to Miss Colbert not answering her calls on time.” 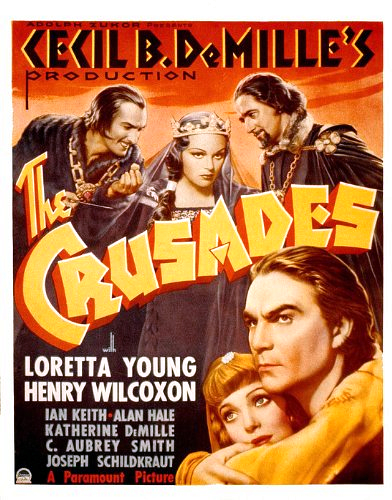 …………Considered for the female lead were Madeleine Carroll, Merle Oberon, Ann Harding. There’s a wonderful memo from the Paramount casting  director  discussing Olivia De Havilland:  “She is a San Francisco society girl – has never done any picture work or made any screen tests.”
Loretta Young was borrowed from Fox at $2500 per week for 8 weeks.
……….Censors in Egypt, Syria and Palestine rejected “The Crusades.” 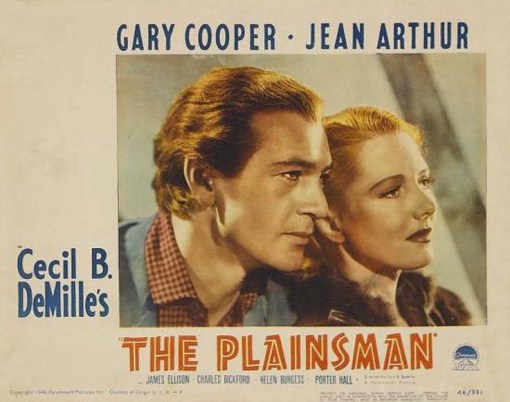 Regarding the film’s  ending, DeMille said to his wife, “When  thinking it over, I conclude that if Wild Bill was not killed, ‘The Plainsman’ would just be another cowboy picture and the public would forget the whole thing almost immediately.” 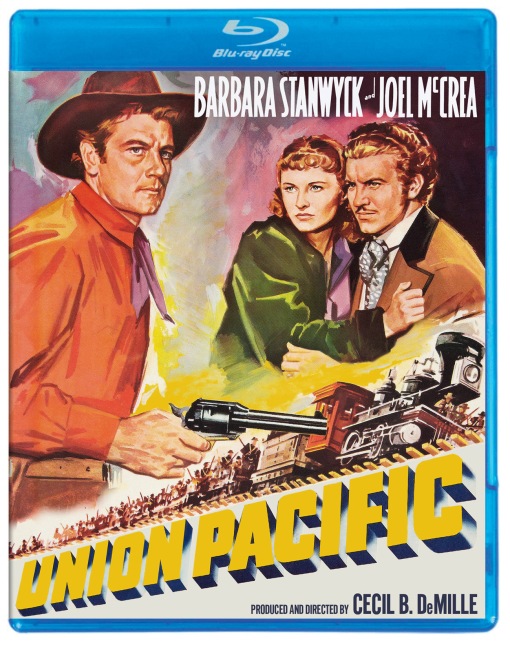 ………..Joel McCrea was DeMille’s first choice for the lead. Claudette Colbert turned down the role of ‘Mollie Monahan’.

………..  DeMille described Barbara Stanwyck as “the most cooperative and least temperamental.”

…………   DeMille was hospitalised for an operation  and then directed for five days of shooting from a stretcher – to the delight of the publicity dept.

An anonymous moviegoer wrote to DeMille: “Dear Mr. DeMille, The parade passed you by years ago. Your pictures are TRIPE. Why don’t you give up. Your ‘Reap The Wild Wind’ stunk.
You’re smart to drag in everything but the kitchen sink, and yet it died.”

Wow! Not much different from trolls on the internet today.

(The film made a nice profit).

DeMille with Anne Bauchens (1882-1967) who edited all of his films. She was the first woman to win an editing Oscar (for NORTH WEST MOUNTED POLICE in 1940)

An excellent book and reminds me again that many museums and universities in America have the archives of  Hollywood studios and artists. Hopefully some day, the invaluable records will be digitised.