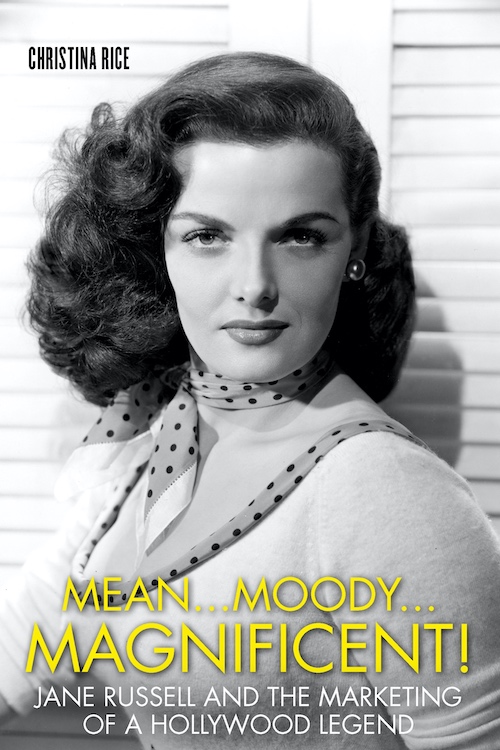 Jane Russell  only made 25 films in a career lasting many decades, yet she is a name every classic film fan knows. Perhaps because of her long association with Howard Hughes, or her legendary partnering with Marilyn Monroe in Gentlemen Prefer Blondes.

Personally, I’m a fan because there are four of her films I can watch anytime and always enjoy – His Kind of Woman, Macao, The Las Vegas Story and Gentlemen  Prefer Blondes – all made in the period of the early 50s. 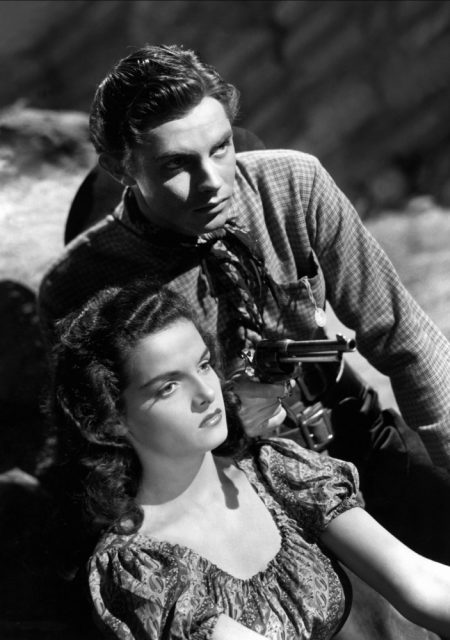 With Jack Buetel. THE OUTLAW.

Christina Rice’s biography is thorough and detailed about Jane’s life – her three marriages, her adopted children and her long personal contract with Howard Hughes.

Hughes wanted unknowns for Billy the Kid and the Mexican girl ‘Rio’ in “The Outlaw”. Jane’s contract started at $50 per week, going up to $400 at the end of five years. He took over direction of the film from Howard Hawks  ( The book’ s title – ‘Mean….Moody ….Magnificent’ comes from “The Outlaw” tagline . ).

Typical of Howard Hughes, “The Outlaw” started filming in December 1940 and only got a limited release in 1946! ( the worldwide release wasn’t until 1950).

I’ve included some pictures below, not from the book , which has hardly any stills, but mainly on the set photos.

Jane  certainly deserves this history of her life and career . I’d have liked more detail about her movies ( which makes me think of the  “Films of…” publications , with some biographical facts, but no one seems to be doing that format any more.)

Jane wrote her autobiography in 1985, ‘Jane Russell, My Paths  and  Detours’.( which is still available on Amazon).

Christina Rice is a librarian and  archivist at Los Angeles Public Library. She previously wrote “Ann Dvorak, Hollywood’s Forgotten Rebel.”which I reviewed in  2013. 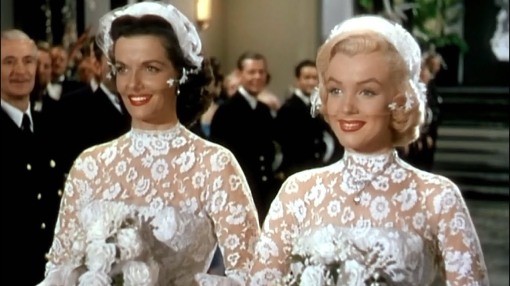 With Clark Gable in THE TALL MEN.

Jane with her gospel singing group. 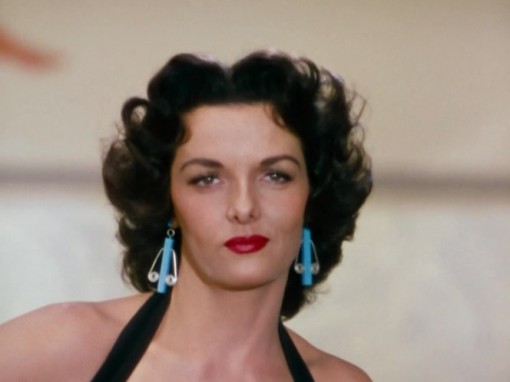