Another interesting webinar this month from Kensington and Chelsea library. A talk on the career of David Niven by Simone Adams.

David Niven (1910-1983) sometimes claimed he was born in Scotland, but his place of birth was London and he came from an aristocratic family.
After training as an army officer, he joined the Highland Light  Infantry but still managed to socialise with the rich and famous. I’m not clear how it came about, but apparently David met Barbara Hutton at a social  event and she paid for a trip to the United States for him.

David left the army in 1933 and goes to America  where he is welcomed by the English colony in Hollywood. As far as we know, acting was learned ‘on the job’. He wasn’t an instant  star, starting off as an extra in Cleopatra, Mutiny On The Bounty.

Landing  a contract with Sam Goldwyn (with a starting  salary of $100 a week), David started to get good supporting ,then leading roles in films like CHARGE OF THE LIGHT BRIGADE, DAWN PATROL, THE PRISONER OF ZENDA , WUTHERING HEIGHTS. 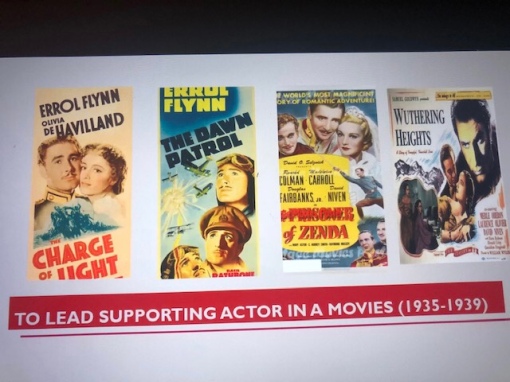 When war broke out in 1939, he immediately returned to England and joined the army again.

In 1940 he married Primula Rollo and they had two children, David Jr. And Jamie.

In Britain he made several films including The First of the Few, The Way Ahead, A Matter of Life and Death. 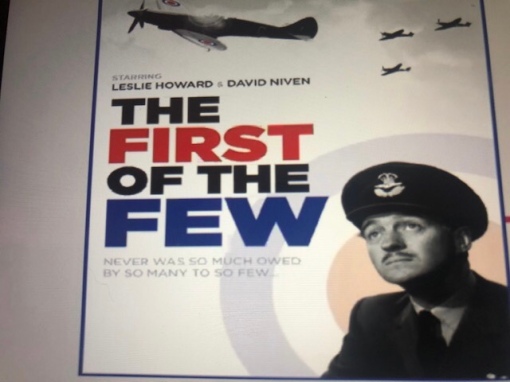 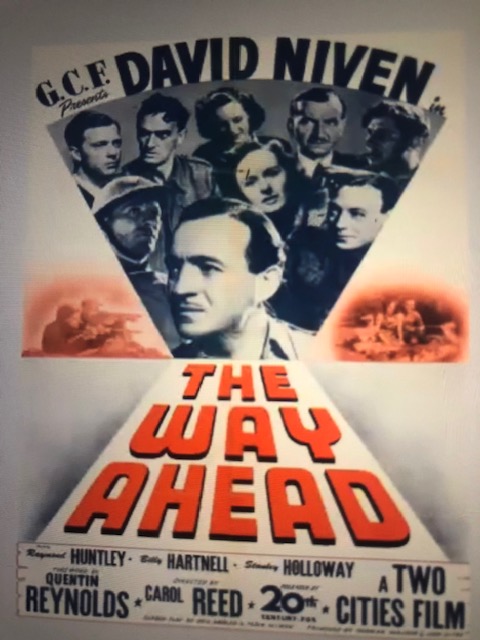 With Kim Hunter. A MATTER OF LIFE AND DEATH

Tragically, Primmie died in an accident whilst at a party at Tyrone Power’s house in 1946.
Two years later, David married again, a Swedish model named Hjordis and they were together till his death.

With the war’s end, David went back to Hollywood and continued working for Sam Goldwyn. However, he wasn’t happy with some of the roles assigned to him. He didn’t like either  Bonnie Prince Charlie or The Elusive Pimpernel. 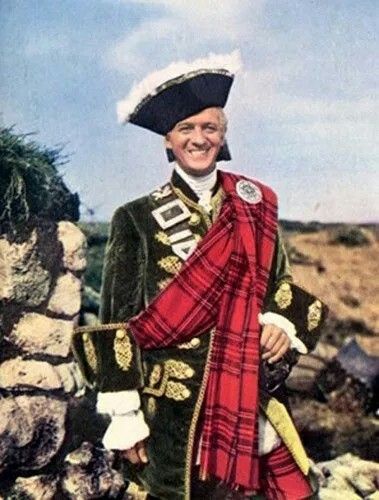 In 1950 David left Goldwyn and had a brief fallow period before hitting his stride again. By the mid 50s he was on top again, winning an Oscar for Separate Tables in 1958.

He got into television, forming Four Star Productions with Dick Powell, Ida Lupino, Charles Boyer. And he wrote two very successful memoirs, “The Moon’s a Balloon” and “Bring on the Empty Horses”. And he proved a funny raconteur on TV talk shows. 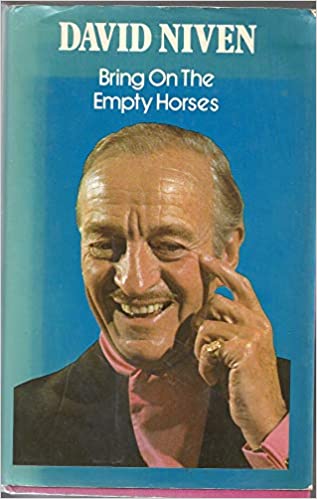 Sadly, in 1981, David developed motor neurone disease  and died in Switzerland in 1983.

My thanks to Niven expert, Simone Adams for her excellent talk and the film clips she showed, including that scene in the cave in THE GUNS OF NAVARONE, where David explodes against Gregory Peck as to how they deal with spy, Gia Scala.

The Guns of NAVARONE

I didn’t know David had played Bertie Wooster in the Fox ‘B’, Thank You,Jeeves”. Sounds fun.

My favourite Niven films are probably “A Matter of Life  and Death”, “Carrington V. C.”, “Ask Any Girl, “Please Dont Eat the Daisies” and “The Guns of NAVARONE.”

I look forward to the next Classic Hollywood themed webinar from the library. Thanks to all, and an enjoyable question and answer at the end of the webinar.