Birthday wishes to Henry Silva who was 93 last month.
Born in New York, Henry attended the Actors Studio and started on television in 1950 and was active for the next 50 years, finally retiring after the “Ocean’s 11” remake in 2001. 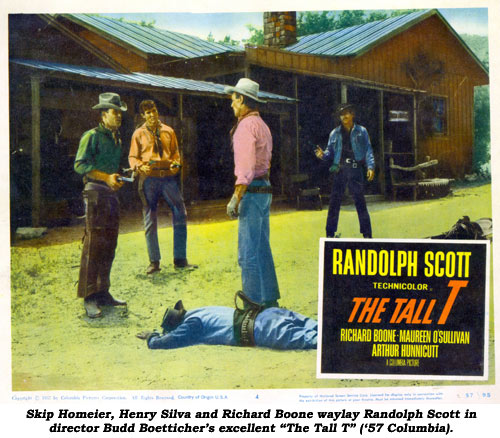 Totally ruthless as one of the killers in The Tall T.

Having appeared in the Sinatra starrer, “Ocean’s 11”, Henry also had a part in “The Manchurian Candidate” and Sinatra’s “Sergeants 3”.

Henry starred in Johnny Cool in 1963.

Has anyone seen this one? 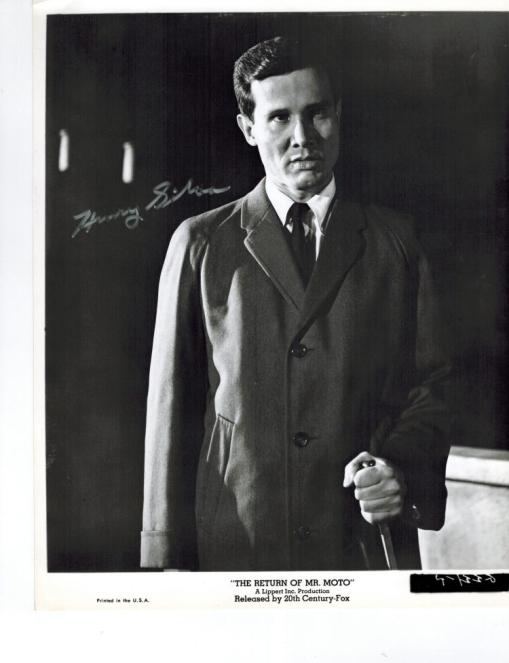 Henry as ‘Mr.Moto’ in “The Return of Mr.Moto”,  made in England by Lippert Films.

Henry ( who spoke Italian and Spanish) got starring roles  in Europe in the 60s and 70s.

He played Doc Holliday in a “Wagon Train” episode in 1965.

The films of Henry Silva that I particularly like are THE TALL T , THE BRAVADOS ( as the only  outlaw to survive Gregory Peck’s vendetta) , and THE MANCHURIAN  CANDIDATE.

He had a brooding presence and personality and even in small roles, you remembered him.