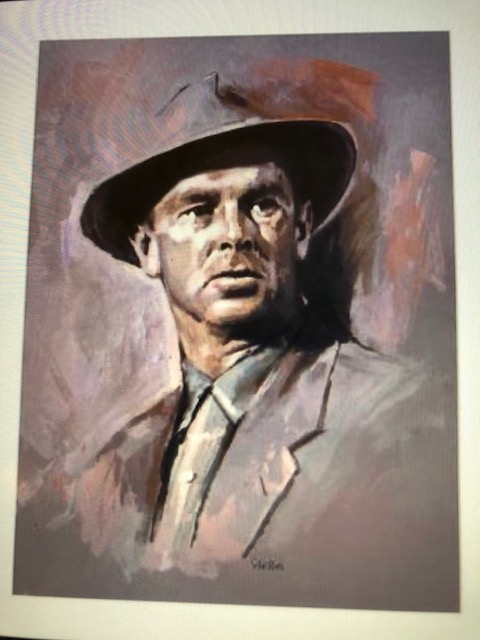 Great portrait of Sterling Hayden in “THE KILLING” by Tony Stella (tony-stella.com). 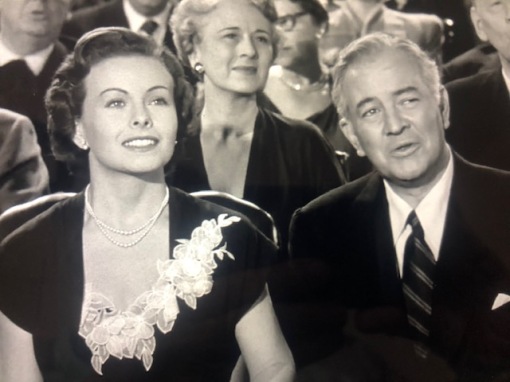 Father and daughter Jeanne Crain and  Sidney Blackmer , with the ever present favourite Hollywood extra, Bess Flowers between them in the row behind. 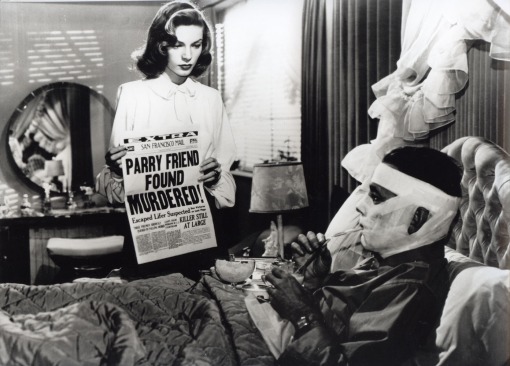 Is life  ever going to turn around for that man in the bandages. It’s Humphrey Bogart  as ‘Vincent Parry’, learning that his best friend  has been murdered and yet again Parry is in the firing line for Number One suspect.

Still he has the lovely ‘Irene Jansen’ (Lauren Bacall) on his side.   DARK PASSAGE. 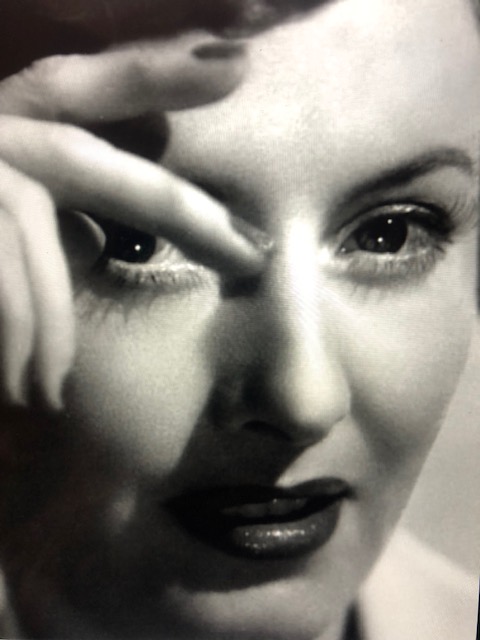 The one-armed army veteran ‘John J. Macreedy’ (Spencer Tracy) has come to deliver a war medal to the father of a Japanese soldier killed in WWII.

The hostile ‘Coley Trimble’ (Ernest Borgnine) tries to intimidate him at the instigation of his boss,’Reno Smith’   (Robert Ryan). 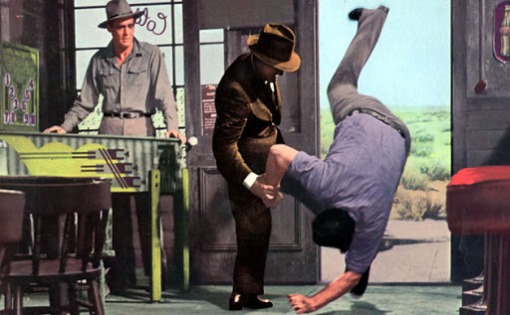 Doesn’t quite work out the way he expected . That’s quite a tumble the stunt man takes.

Nice shot of Glenn Ford. Anyone care to hazard a guess as to the movie? I think maybe, THE FASTEST GUN ALIVE. 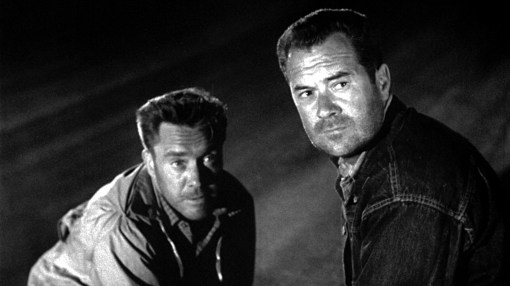 It’s Edmond O’Brien and Frank Lovejoy looking at their kidnapper, William Talman in THE HITCHHIKER. 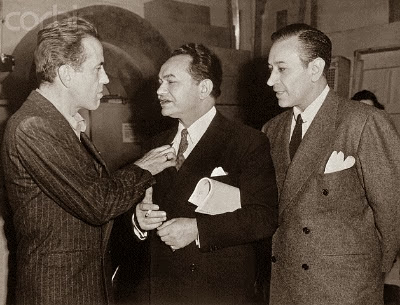 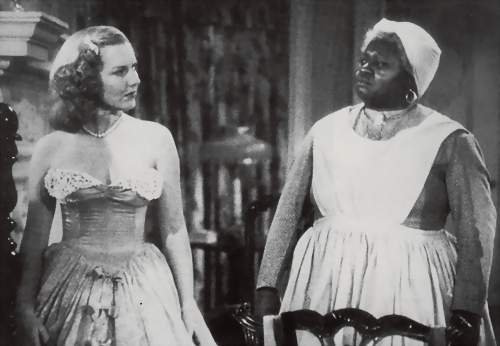 No,no,no. I love Jean Arthur but just cannot see her as ‘Scarlett’.. Seen here in test footage with Hattie McDaniel. 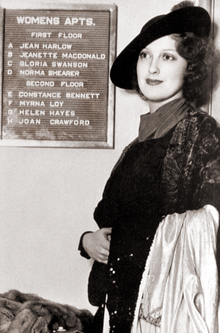 Wonder if they were ever in their apartments all at the one time!
The top stars have their own ‘apartments’ at MGM.