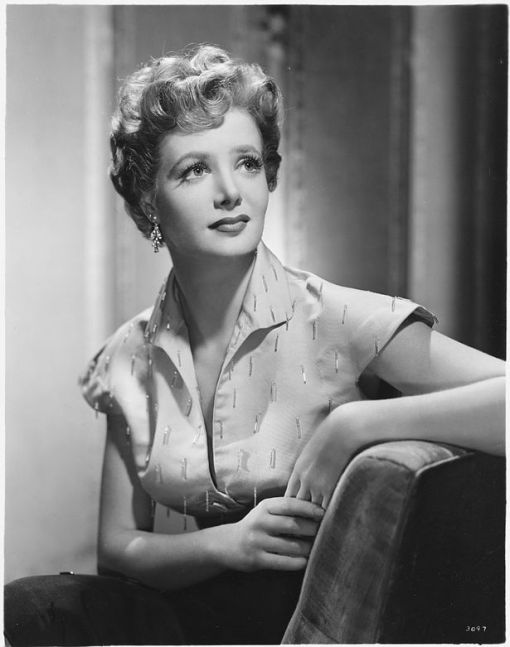 The death of Cara Williams has been announced. She was 96.

An actress who was Oscar and Emmy nominated and yet had a patchy film career, appearing in around twenty films from 1941, with a more varied career on television.

In a radio interview, Cara talked about her early years in Hollywood:

“I had a five year contract with Fox. They use you whenever they can. I was paid weekly whether I worked or not….they threw me into ‘Laura’.

I can’t say I recall Cara in LAURA, but apparently she played a secretary in Laura’s office.

Cara attended a screening of the film some years ago. 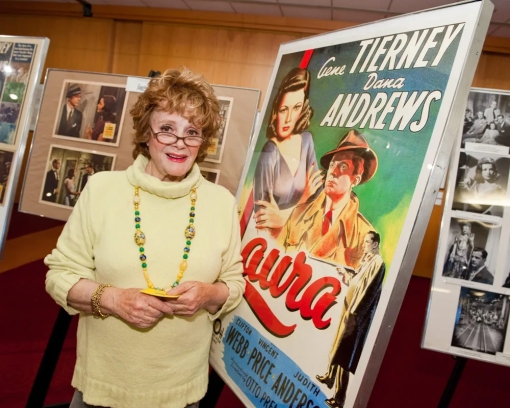 Also in that interview, Cara talked about working with James Cagney in “Never Steal Anything Small” (1959):

“I had a wonderful dance scene with James Cagney.” 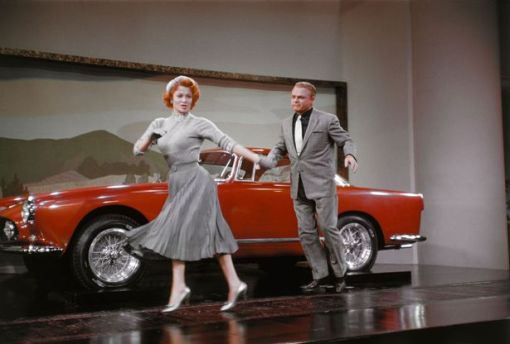 Cara played Cagney’s girlfriend in “Never Steal Anything Small”. (1959). I haven’t seen this film in years and don’t recall this number , ‘I’m sorry, I want a Ferrari’  which was well received. Roger Smith and Shirley Jones costarred. 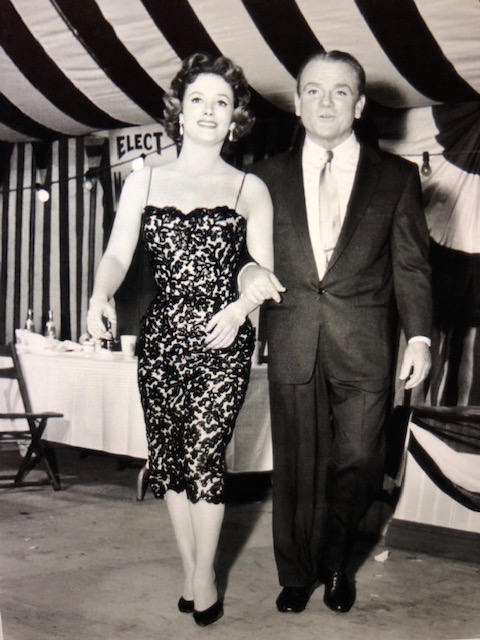 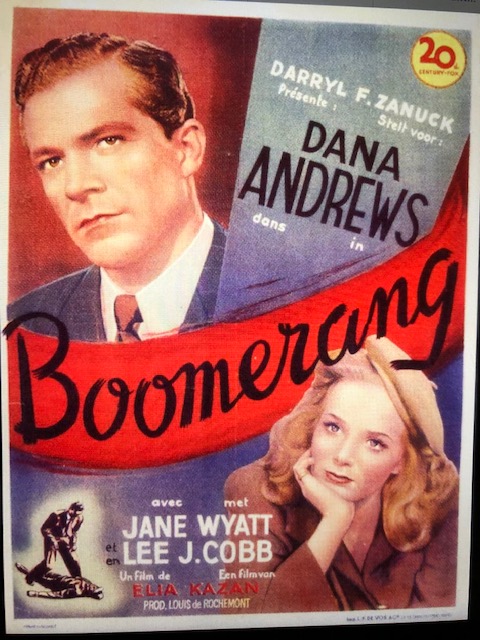 Cara had a small but telling part in BOOMERANG. She played a waitress who is willing to perjure herself on the stand to get back at hapless Arthur Kennedy. But she’s up against District Attorney Dana Andrews . 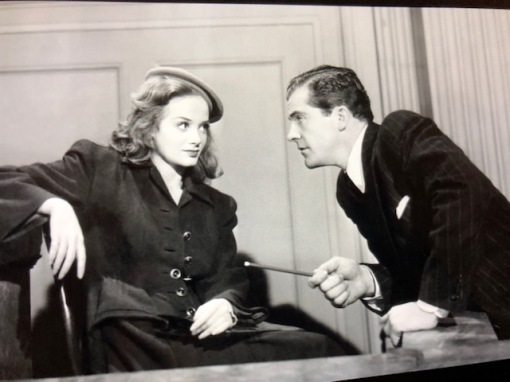 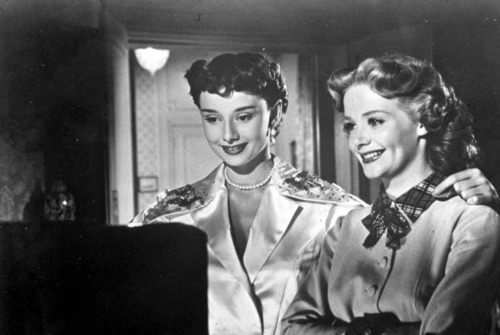 One film I have never heard of had Cara starring with Audrey Hepburn , “Monte Carlo Baby” (1953) which was shot in English and French, with Audrey doing both versions.
Has anyone seen it? No reviews on IMDB. 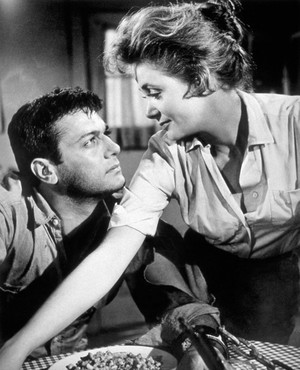 With Tony Curtis. THE DEFIANT ONES

In only a few scenes in THE DEFIANT ONES, Cara impressed as a lonely woman who helps the two prison escapees, Tony Curtis, Sidney Poitier. Her performance was nominated for a Best Suporting Oscar .but it didn’t lead to more substantial film roles . 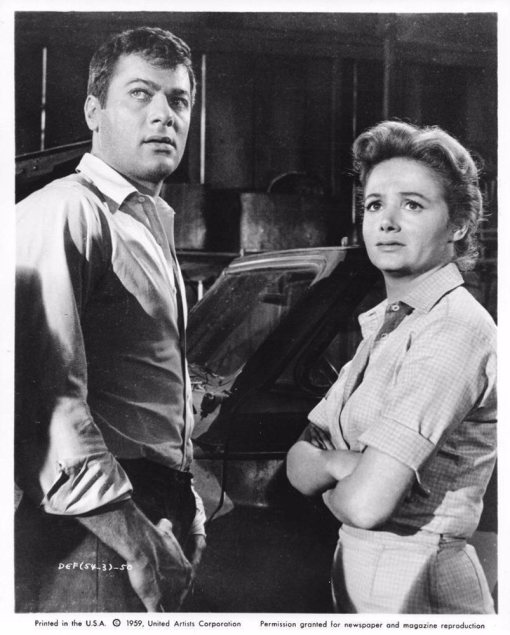 In the 1950s, Cara made many TV appearances , including four episodes of ALFRED HITCHCOCK PRESENTS. In the 1956 episode, “Decoy”, she plays a woman planning her husband’s murder. 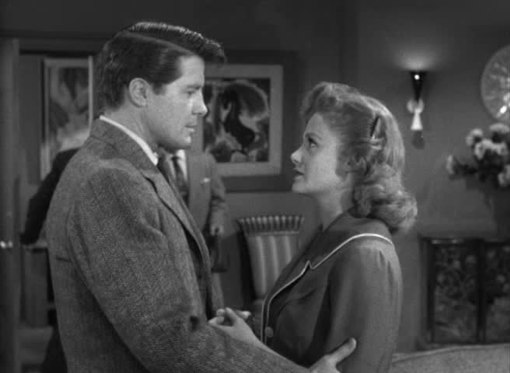 With Robert Horton in “Decoy” 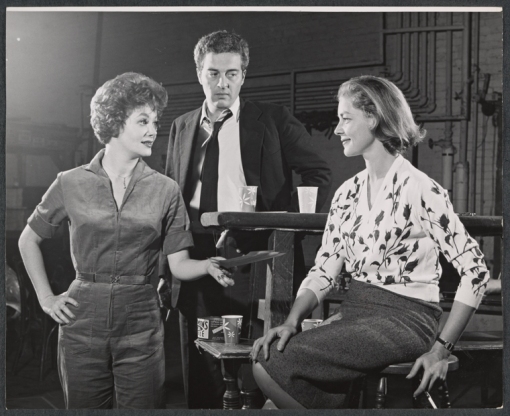 Cara isn’t listed for the Broadway cast of “Goodbye Charlie”. I think she left the cast before the opening.

She had also played ‘Billie Dawn’ in a stage production of BORN YESTERDAY in 1947 ( with Richard Rober in the Broderick Crawford role.) 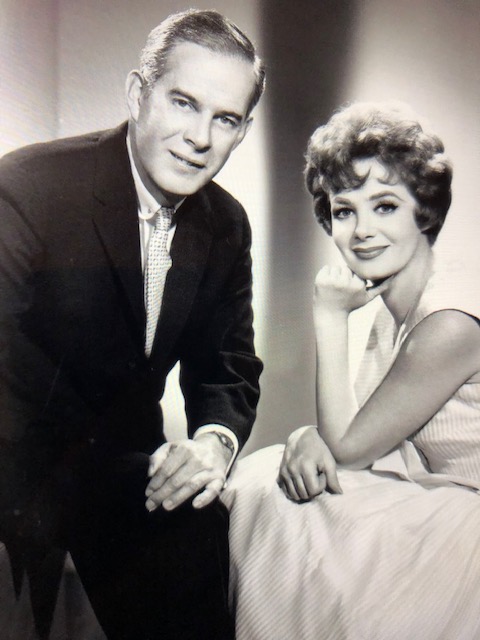 With Harry Morgan. PETE AND GLADYS.

Cara had success in the comedy series, PETE  AND GLADYS, with Henry Morgan as her husband.  The show ran from 1960 to 1962.

Cara got her own television series, THE CARA WILLIAMS SHOW (1964) but it only lasted one season. In the comedy she played a married clerical worker whose husband worked for the same company which didn’t allow married employees to work together.

Cara , a redhead like Lucille Ball , was publicised as Tv’s new Lucy . 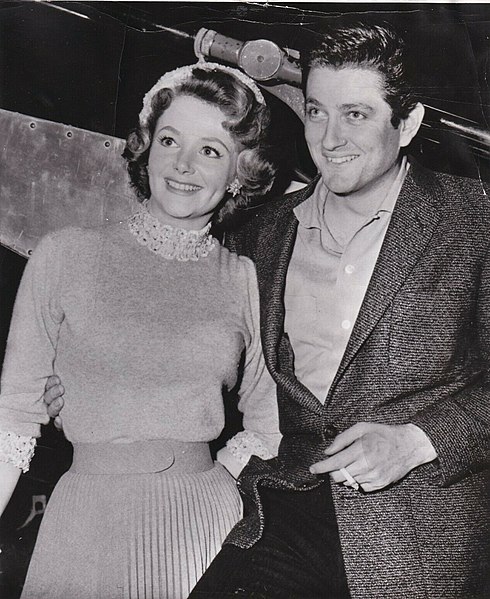 Cara was married to John Drew Barrymore from 1952 to 1959. Their son is John Blyth Barrymore.
In 1964, Cara married a Beverly Hills realtor and having retired from acting in the 1980s, she became a successful interior designer.

An talented actress who never quite got the breaks .

From MEET ME IN LAS VEGAS: