I purchased this invaluable book about RKO in 1982 when it was first published. (And it’s  still available at reasonable prices.)

Glancing through it again recently, it struck me that many of my favourite movies had the RKO logo attached to them – The Narrow Margin; Blood on the Moon; Sudden Fear; The Thing from Another World;Nocturne;On Dangerous Ground; I Remember Mama; The Set up; Notorious; In Name Only; Bringing Up Baby; Carefree. And that’s just some of them!

RKO had two locations – one in Hollywood at 780 Gower Street , and in Culver City at 9336 West Washington Boulevard.

Great pictures of the Gower Street complex, with the globe and radio tower.

Love how the row of cars show the 22 year difference. 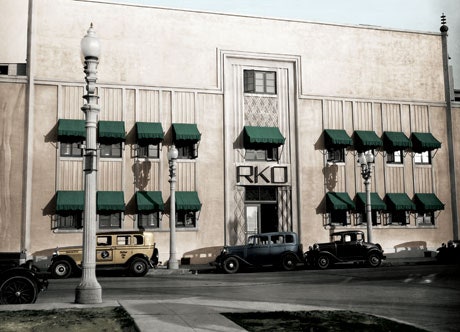 This RKO Gower st. frontage , with the canopies, was built in 1931. It’s now a side entrance to Paramount.

In 1967, Desilu sold the Gower street complex and the Culver City properties to Paramount. ( they had originally bought the studio for $6 million in 1957.)

The Gower street studio was absorbed into the adjacent Paramount lot( which was MGM). 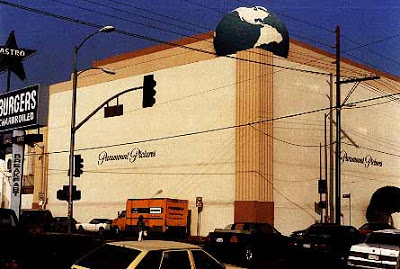 Paramount restored the RKO globe at the Gower st. entrance, but  not the radio tower.

(Farmer John Gower built his home there and eventually the street was named after him.)

What a history the Culver City  RKO lot has.

Culver City is about ten miles from downtown Los Angeles. Realtor, Harry Culver had bought a tract of land and eventually it became Culver City. ( Nothing to beat having a city named after you.)

1920’s film producer Thomas Ince was persuaded by Harry Culver to relocate there.

Having first had his studio further along West Washington Boulevard ( which became MGM), Ince moved to 9336 W.Washington Blvd. and   built the imposing landmark mansion , with its grand  columns , which became known to the public when David Selznick leased the lot and made the mansion his trademark. 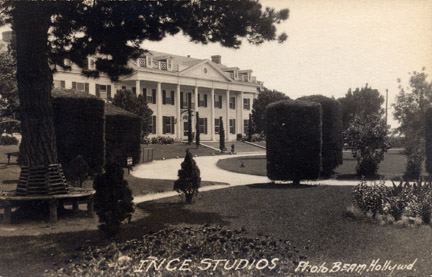 Behind the Mansion are sound stages and outdoor sets.

The Culver City RKO lot became known as ‘40 Acres’ ( even although the area amounted to about 29 acres!)

This is where many “Gone With The Wind” scenes were filmed.

‘The Mansion’ now has landmark status. Good to know it will be preserved.

The Atlanta railroad set for “Gone With The Wind”  on the backlot.

The Mansion is now called “The Culver Studios”.

Culver City, rightly, objected to films being described as “Made in Hollywood”, when in fact the biggest studio ,MGM, was not in Hollywood but little Culver City!

Forty Acres was sold to a developer who demolished what was left of the famous backlot.

Lucille Ball, in the 1930s at RKO. Two decades later, she would run the studio.

Some shots of RKO cinemas: ( in the days when all the big studios had their own block of cinemas for releasing their product.) 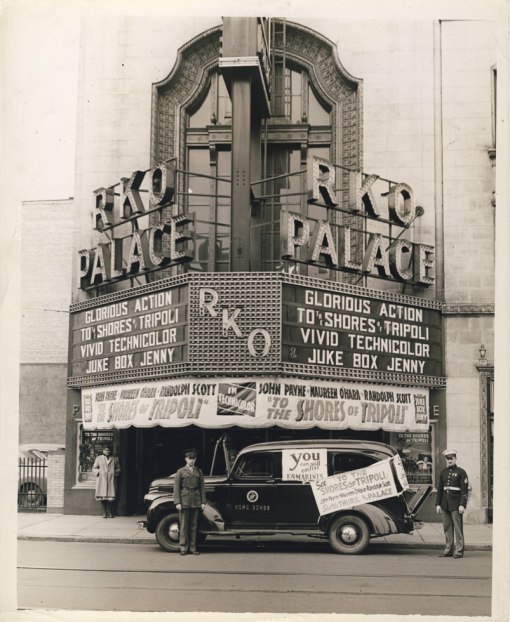 ”THE STRANGER” at the RKO Palace. 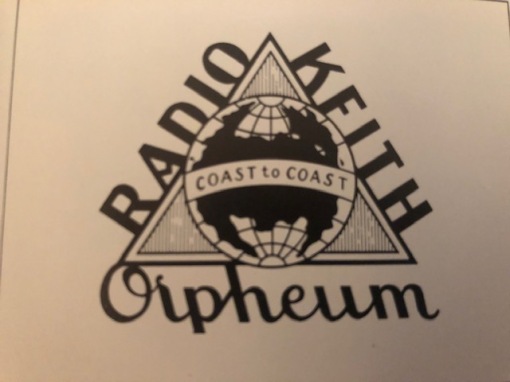 The original RKO logo, with the spinning globe  and the radio tower beaming out “An RKO Radio Picture” in morse code.

Not sure about Hepburn’s  stare.

Would love to see the RKO Radio Picture Book.

Great ad for the RKO stars, producers, directors. Surnames only. David Selznick in charge of production. 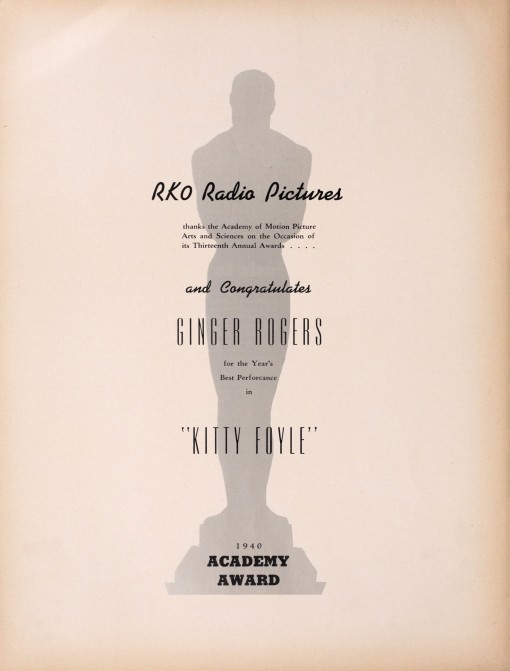 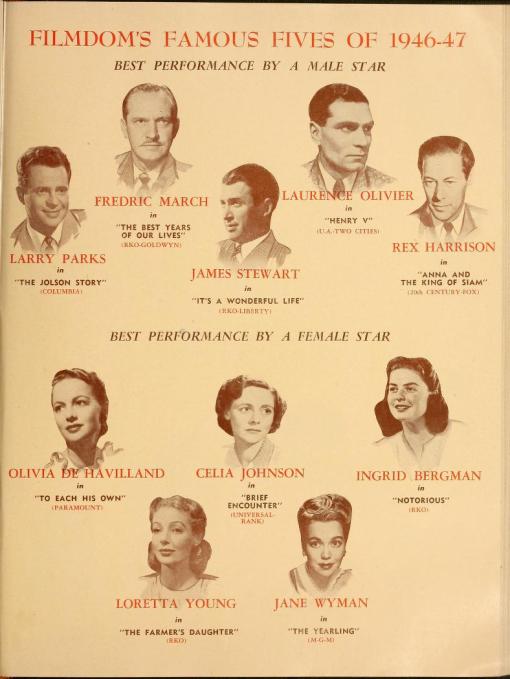 Not sure I’d want to see NOCTURNE at 10.30 in the morning! But it’s a trade showing.

It’s amazing really that, despite its chequered history, RKO managed to produce quite a few memorable films.