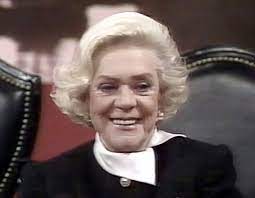 I enjoyed re-watching Alice Faye ‘s THIS IS YOUR LIFE” on You Tube.

I first saw it when it was broadcast at Christmas 1984.  It was recorded in Hollywood for the U.K. version of the show .
It was lovely to see so many of Alice’s costars and friends. Cesar Romero sang a snatch of “Weekend in Havana”; Mary Martin hummed “Hello, Alice”. 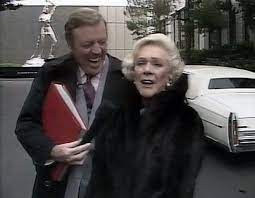 Alice is surprised by Eamonn Andrews.

Alice’s husband Phil Harris offered her a Kleenex when he came on, saying “You’ll need this!” But Phil  was the one wiping the tears.

Alice, beautiful as ever, loved every minute.

Her two children and grandchildren shared the evening – Alice Jr. looking so much like her mother.

With Fred MacMurray and June Haver . Fred explained how he was loaned to Fox from Paramount for LITTLE OLD NEW YORK with Alice. 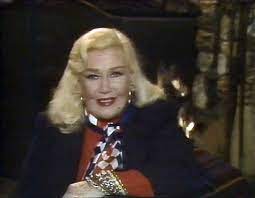 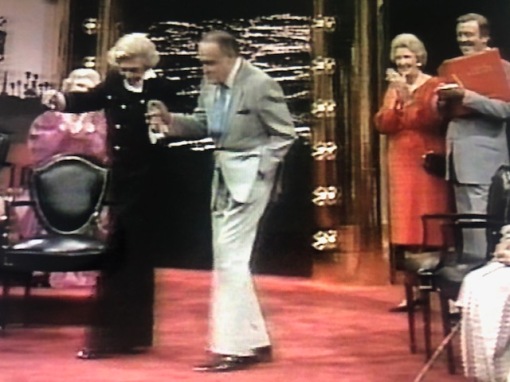 Alice does a soft shoe shuffle with Bob Hope. ( Dolores Hope next to Eamonn.)

I’d be interested to know when the program was shown in the States.