With a career that started at Paramount in 1935 when she was only 17, it was sad to hear of the passing of Marsha Hunt at the wonderful age of 104.

Marsha’s career spanned periods at Paramount and MGM.
She was leading lady to John Wayne in “Born To The West”(1937) and sister to Greer Garson in “Pride and Prejudice(1940).

Looking  forward to seeing this one on ok.ru website. 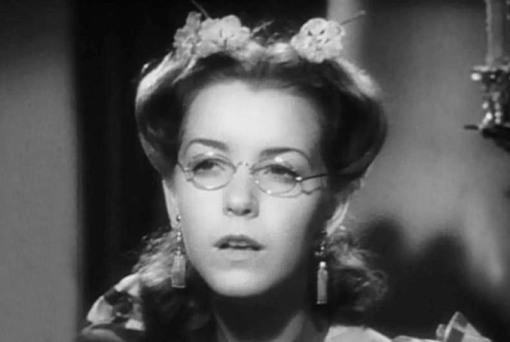 Marsha shone  as the comical bookworm ‘Mary’  whose singing was a source of embarrassment to the Bennett family in PRIDE AND PREJUDICE.

Marsha was actually a fine singer and appeared in stage productions of THE KING AND I and STATE FAIR.

In an interview with Eddie Muller, Marsha said,

“I never got a whiff of playing comedy before “Pride and Prejudice” and I was ready. The darling director Bob Leonard turned me loose and I got to squint and wear nearsighted glasses – and  singing off-key.

Marsha also played Greer’s sister in BLOSSOMS IN THE DUST.   In  VALLEY OF DECISION, Greer played the maid in Marsha’s family.

With Margaret O’Brien in LOST ANGEL.

With Franchot Tone and Gene Kelly in PILOT NO.5

So many Marsha Hunt  films I’ve  never seen , especially some of her earlier films including THE ACCUSING FINGER (1936) which is on You Tube.

I did catch MARY RYAN DETECTIVE (1949 on Y.T and enjoyed it. Only surprise was the small role played by June Vincent.

In a 2007 interview with Eddie Muller,Marsha said:

“A storm was gathering in Hollywood. A committee in Congress decided to accuse Hollywood of being riddled with communists.”

Marsha was part of THE COMMITTEE FOR THE FIRST AMENDMENT which expressed their disgust and outrage “by the continuing attempt of the House Committee on Un-American Activities to smear  the Motion Picture Industry.”

Simply for being part of this committee, Marsha was named as a communist sympathiser in ‘Red Channels’ newsletter in 1950, and she was blacklisted. She was never called before HUAC and was not a member of the Communist party.

Guilt by association was the order of the day.

After appearing in over 50 films in the 1930s and 40s, Marsha’s film career dried up. She made stage appearances and did many TV roles.

Her life changed and she became an advocate for humanitarian causes and worked for the United Nations.

She had a successful second marriage to screen writer ,Robert Presnell Jr.

In 1950, Marsha appeared on stage in THE DEVIL’S  DISCIPLE, with Maurice Evans, Dennis King and Victor Jory.

Marsha also had a short lived TV series in 1959, PECK’S BAD GIRL , in which she and Wendell Corey played the parents of Patty McCormack.

I have’t been able to see this 2015 documentary about Marsha but I imagine it would be very good. 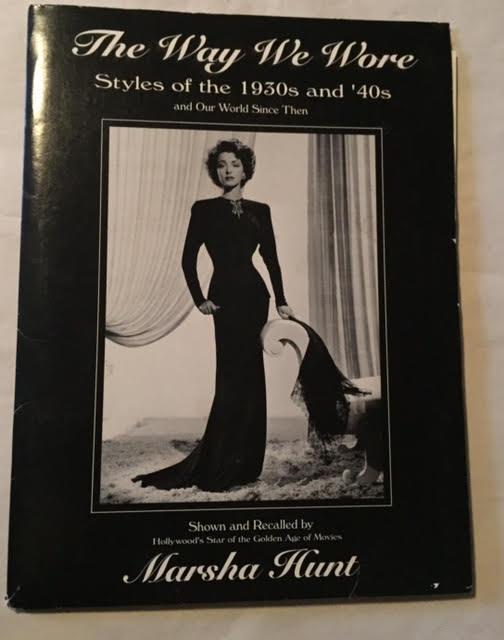 Marsha was feted over the years and attended film festivals and did many interviews.
Yet another link to the classic years is gone but will be long remembered.